Predictions for 2010: Round Three – Next City

Predictions for 2010: Round Three 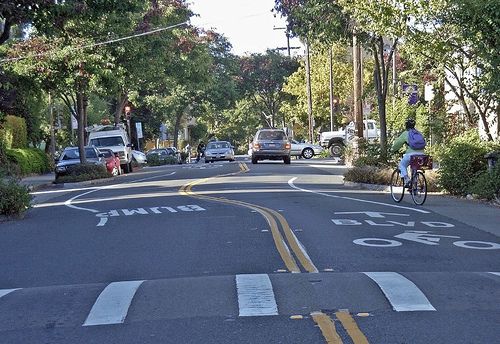 Last year, we invited a few thinkers and leaders to make predictions for 2009. You can take a look back at some of the predictions for 2009 from Ben Adler here and from Carol Coletta here. This year, we reached out to many of our writers, friends and the members of the Next American Vanguard to see what they think 2010 holds for America’s urban areas. This is the first installment of the responses we got; check back next week for another round. We’d also love to hear your thoughts, which you can post in the comments section below. Here’s some food for thought:

If 2009 was the year of economic crisis and recovery in cities, what will 2010 be the year of?
What sort of projects/initiatives are underway in your city that will begin to show results in 2010?
Who do you think will emerge as a power player in your city, or in national urban affairs?
Why is there reason to be hopeful about our cities’ futures?

I think 2010 will be the year more cities and towns take CO2 reduction into their own hands with changing the normative value of energy use across America.

2010 will be the year of the Sharrow! Sharrows, or Shared Use Lane Markings, were just approved in the Federal Highway Administration’s Manual on Uniform Traffic Control Devices (MUTCD) to illuminate that streets may be shared with bicyclists. While several cities have “experimented” with the pavement marking since 2004, their inclusion in the new MUTCD will make them far more common in America’s urban areas.

2010 will be the year in which city residents make their own fun. As the economy continues to stagnate and cities’ dwindling coffers lead to the demise of projects, events, and amenities, urban dwellers will take matters into their own hands through things like block parties, outdoor movies, guerrilla gardening, scavenger hunts, and sports. Many of these activities will be facilitated by social networking tools that, for better or worse, treat cities as great bit playing fields. The danger, however, is that desperation will lead to frivolity rather than concerted efforts to create long-term prosperity.

City residents will have to put their noses to the grindstone as young laid-off workers — who spent much of 2009 relaxing and hoping that jobs would emerge — begin to feel the pressure. They will, increasingly, seek more roommates, apply for less appealing jobs, and the fun, but blithesome, attitude that prevailed in bars, parks, and restaurants from Williamsburg to the Mission District will give way to something more serious and restrained.

Following $2.6 billion in foreign investments, the world’s largest community visioning survey, and the success of hundreds of local businesses, I predict Chattanooga will become THE stand-out mid-sized city for economic rebound in 2010.

I think that Detroit will at least start the process of completely reinventing itself. Which is a good thing – no city should ever rely solely on one industry. Due to its near 50 percent unemployment, land values have plummeted, which keeps some of the larger businesses there and may start to attract new ones. The city has also attracted a haul of emergency federal funding as well as investments from industry associations. However, the city needs to work through its current education policy (DPS) mess, as well as work with its dysfunctional state government, which operates under the motto “it’s Michigan vs. Detroit on everything.” Detroit is in just as bad of a spot as New Orleans was in 2005, maybe even worse since New Orleans still had something of a tourism industry to rely on. It will be interesting to see how the city pulls itself together.

As for Washington, D.C., where I live: D.C. sought the U.N.‘s help for its homelessness problem, and that conversation has at least started. But, D.C. already has some of the finest local grassroots leaders on the job, like Deborah Shore from the Sasha Bruce Youthwork. She’s trying to tackle the homeless problem at the source – youth. She’s attracted considerable attention to the city’s homeless issues from artists, entrepreneurs and leaders who grew up in D.C.