This Inspiring Design Rethinks the Metrocard – Next City

This Inspiring Design Rethinks the Metrocard 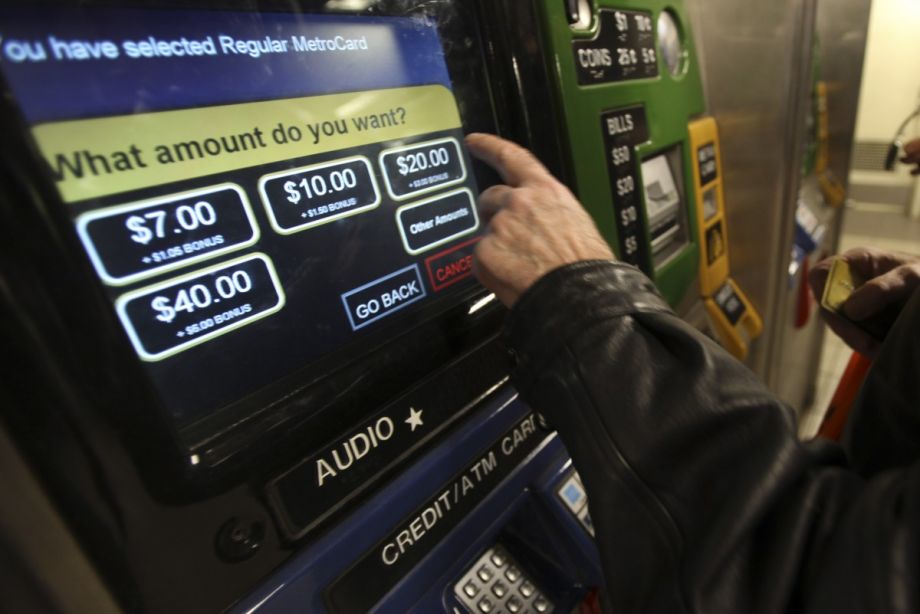 Next time you’re standing in front of a grimy, germy subway ticket machine, think about how a group of Pratt students reimagined the traditional NYC Metrocard. Calling their project MetroWay, they designed a more sustainable ticket aimed at cutting MTA vending lines and saving riders from the torture of losing a card (and its funds).

The idea nabbed an honorable mention in a design competition recently held by Cradle to Cradle Products Innovation Institute and Autodesk that called entrants to “remake the way we make things.” Participants could use only materials that can be returned to industry or nature safely. Top winners included the biodegradable Venlo Bag, meant to be an alternative to plastic shopping bags, and the Finite Faucet, which provides a visual readout of water usage for public restrooms. Both speak to worthwhile environmental goals, of course, but the Pratt team saw a chance to help seven million NYC transit riders.

“Currently the MTA subway system is looking for solutions to upgrade their current out-of-date infrastructure. We were inspired by the sheer volume of lives the subway transit system affects every day,” said Cody Miller, of the MetroWay design team. “The opportunity we saw with the MTA Metrocard was a ‘bigger picture’ concept for the future of sustainable design. If it is possible to design and implement sustainable products in an infrastructure as large as the New York City subway system, it can be done anywhere. A big idea that fits inside your pocket.”

The MetroWay card uses a RFID/NFC tag that would solve the issue of disposable magnetic-strip cards. The pass would be refillable online or through an app — or at a traditional MTA vending machine with a personalized login. Riders wouldn’t have to take the card out of a wallet or purse for it to be scanned — not unlike SmarTrip in D.C. Skipping that step would cut down on card damage, the designers say. If the card gets lost, a replacement linked to the user’s account (and the transit funds therein) would be available for $10 at a station desk. Visitors could return cards at stations before leaving town and put them back into the “reuse” loop for other customers. 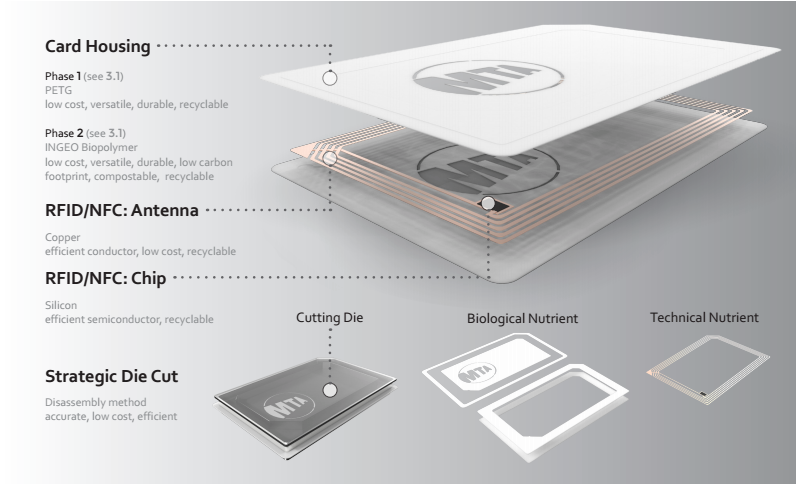 The team even planned for changing the materials of the card for a time when New York has more widespread composting capabilities. As for not adding to landfills as well as the cost of doing business, the team estimated, “In 10 years, the MTA would need to produce one billion Metrocards to sustain the current system. If they were to implement the MetroWay they would only need to produce 230 million.”

“[T]he MTA Subway is a system with a visible waste problem,” said Rebecca Travis, another designer on MetroWay. “The opportunity to put this creative solution in every New Yorker’s hand became a real driving force behind our design.”