Salvation Army Is Measuring Poverty In Real Time – Next City 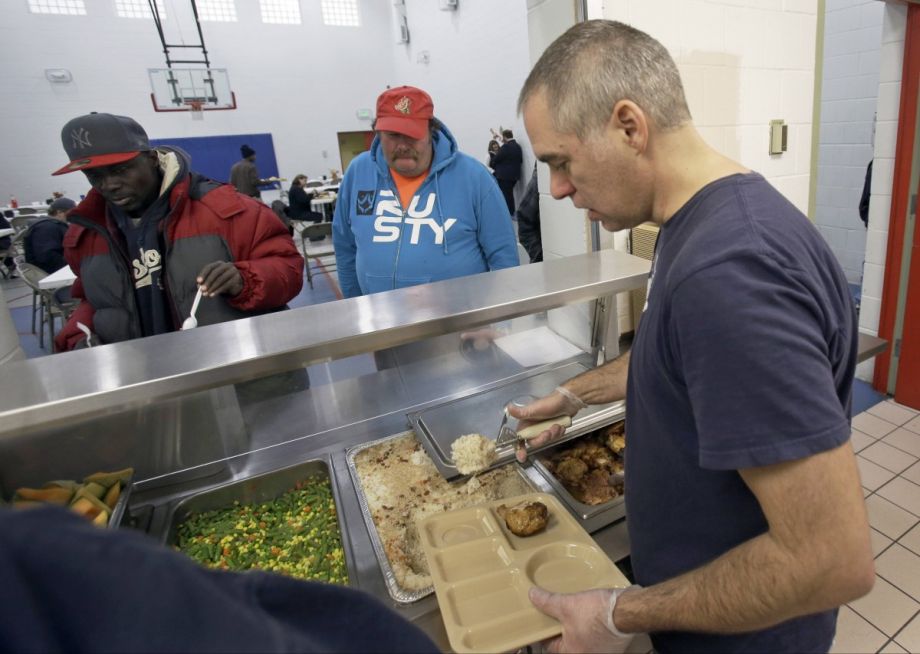 Long before Big Data had a name, the Salvation Army was already exploiting the power of statistics. In the 1870s, the Christian Mission — as the organization was known at the time — kept meticulous records of how many people came through its doors and how much money it spent, numbers that were gathered on a monthly basis from each of its centers and then published in a magazine. At the time, the organization relied on this data to broadcast the success of how it “preached to East London’s heathens,” as Norman Murdoch writes in Origins of the Salvation Army.

While the name and message of the Salvation Army (which took that name in 1877) have changed substantially over time, the group’s extensive statistical undertaking has not. True to its beginnings, the wealth of numbers has mostly been used as a means of accountability, both to satisfy donors and the public of its virtue. Now, the Salvation Army has decided to use its data for a higher purpose.

Last week, the Salvation Army and the Lilly Family School of Philanthropy at Indiana University announced the culmination of a five-year-long collaboration: the Human Needs Index, a brand-new tool for measuring poverty across time and geographic regions. Unlike the federal poverty line, which strictly looks at monetary income to determine who is impoverished (about 15 percent of the country, according to the most recent estimates), the Human Needs Index attempts to establish a more nuanced portrait of poverty and its related effects.

The index enlists Salvation Army data collected from the roughly 30 million Americans who receive assistance with the organization each year. Out of the 600-plus services that the Salvation Army tracks — everything from the number of toys given out at centers across the country — the team of 30 researchers selected seven indicators of poverty for the index: meals, groceries, assistance for medical needs, utility payments, furniture, clothing and housing. Together, these data points form a score within the index that’s been plotted to show month-to-month changes both nationwide and within each state, between 2004 and 2015. The result is a highly interactive graphic that shows a number of interesting trends, including which states haven’t returned to pre-recession levels of need: Pennsylvania, Indiana, Nevada, Michigan Kansas and Minnesota.

The purpose of the index is not to show a trend line that departs from the federal poverty line in significant ways — in fact, the index follows a near-identical ebb and flow — but rather, to dig a little deeper into how Americans’ needs are narrowly being impacted, shown through month-to-month changes. “This allows us to go beneath the level of income and look at the complex ways households are dealing with vulnerability,” says Dr. Una Osili of Indiana University’s Lilly Family School of Philanthropy. “We tend to think of things like food needs as indicators of poverty, but we don’t necessarily think about energy assistance as a component or assistance with medical care.”

A decade’s worth of data in the index revealed a number of curious trends, including a consistent uptick in demand for assistance on utility bills in springtime. “You’d think it’d be the opposite, because it’s warmer weather,” says Osili. The data analysts at Indiana University went to their colleagues at the Salvation Army, who soon enough arrived at an explanation. “In many communities, particularly in the Northern part of the United States, it’s against the law to turn off somebody’s utilities during cold weather,” says Lt. Colonel Ron Busroe of the Salvation Army. “So in April, when it is springtime, people are coming to us to get their utilities paid.”

Another observation illuminated by the index: a September back-to-school bump in service needs at Salvation Army centers everywhere. Those are just a couple of the discoveries that have Dr. Osili excited about what could blossom from this collaboration between university researchers and a sprawling service provider. “It was a revelation and showed the need for these kinds of partnerships, because on our own we would not have immediately or intuitively thought of that.”

A new index of poverty-related measures in itself is a unique accomplishment. As the launch report notes, “very little nonprofit data have been used in effectively assessing poverty-related need that could potentially affect policy” — a result due in part to the lack of information in the public domain, but also, the lack of uniform reporting that exists on both a national and local scale. “We now operate in every zip code in America, and every one of our more than 7,000 operating units around the country use the same statical form,” says Busroe. Even a coalition of nonprofits working together couldn’t do this, because their methodologies wouldn’t align.

Another benefit of the index is that it will provide poverty-related data at close to real time, whereas the Census Bureau releases its statistics retroactively (for example, the 2014 statistics on poverty were released just last month.) Removing this lag time could pave the way for nonprofits, including the Salvation Army, to allocate resources more immediately to account for shifts in need across the country “If the index is going down, then the Salvation Army can take those resources that have been used in the past to deal with these indicators and invest it in other types of programs or more intensive programs,” says Busroe, referring to a hypothetical locality.

One of those programs that could stand to benefit is Pathway of Hope, a Salvation Army initiative that’s trying to remove intergenerational poverty amongst families by providing one-on-one counseling with a caseworker every week. If demand for emergency assistance drops within a given zip code, Busroe says, “we can take some of those dollars and invest in more support for families to have them break the cycle of poverty.”