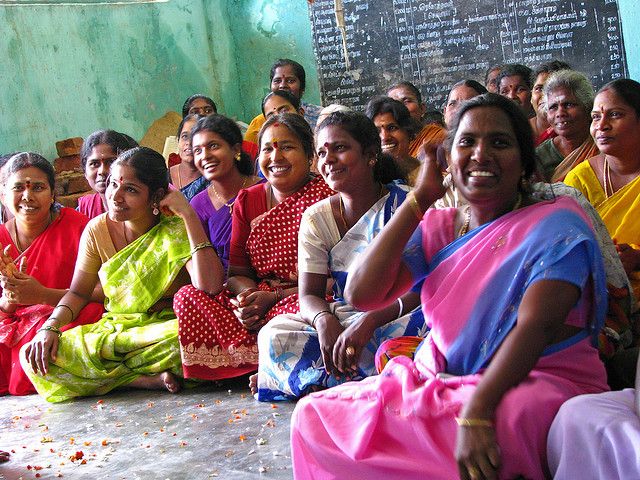 What do Washington’s World Bank and Dhaka’s Grameen Bank have in common? Both are globally influential innovators in microfinance and bona fide members of development’s elite class of idea generators, according to Berkeley City and Regional Planning professor Ananya Roy. Her recent book Poverty Capital sees both as key players in a renewed effort to do something about the world’s bottom billion. As I’ve said before, I’m mixed on the microfinance model. It bypasses the state as an active force in development while doing little to directly expand stable wage employment. Microfinance instead rests largely on the bootstraps ideology of personal entrepreneurship, to the point of imposing harsh terms on borrowers. Most importantly it’s an approach that generally nets mediocre results. Yet microfinanciers offer a human development narrative unsaddled by downer issues like inequality, taxation, and redistribution. Their websites glitter with promises of wonder working profit, performance and entrepreneurship—a more palatable lexicon for anti-poverty’s power elite.

Horatio Alger himself could not have thought up a more uplifting idea. As a case in point the earliest innovators of microfinance, Roy reminds us, were Bangladeshi. Pioneers like Mohammad Yunus were dissatisfied with the predictable market-based solutions issued as directives from the global north. The extreme poverty filling slums was a failure of conventional markets. Standard financing procedure bypassed the world’s poor, who lacked the education or collateral that traditional banks are willing take risks on. The Bangladesh model used microfinance—large numbers of tiny loans—to direct capital to the country’s poorest. These policies focused largely on women, disproportionately excluded from property ownership, and pooled borrowers to create social accountability. The “Bangladesh consensus” democratized borrowing to include the un-bankable.

Microfinance found political space in what Roy defines as a renewed anti-poverty movement following the dismal failures of Washington-led development strategies. Some in the new era say poverty alone is the substantive issue rather than inequality. Others lament the inherent unfairness of the richest 500 people controlling more wealth than the poorest 416 million, citing curbs on private sector excess alongside state intervention as pathways to equitable development. Yunus represents the former category. “His ideas are in fact concerned with entrepreneurialism rather than redistribution, with opportunity rather than equality,” argues Roy. “His fierce emphasis on self-reliance creates a model of poverty alleviation that is simultaneously poor centric and anti-welfare.” In the realm of employment the public sector remains relegated to the background while financial markets assume the foreground.

Still, the not-for-profit Grameen Bank measures success in terms of poverty relief rather than sheer economic performance. It is, after all, a development agency. Yunus exudes a utopian conception of a capitalism that works for everyone. This is distinct from the for-profit microfinance model (espoused by the World Bank) and its effective emphasis on performance first, development second. For Roy, the ethos of world finance and that of anti-poverty have blurred thanks to the explosion in for-profit development schemes. Microfinance has to be “sustainable” by promising wide margins for investors. This means bypassing the very poorest clients. Roy gives portrait to a brave new world of high interest, high performance, high risk lending—a sort of poverty bubble where results are measured in upward profit arrows rather than downward maternal mortality rates. It’s akin to banking on the poor, sure, but with subprime loans.

Will the brave new world of microfinance succeed where Washington’s old policies failed? Conversely will they net a similar result: lots of debt and little to show for it, this time on the backs of (perhaps 500 million) individual borrowers rather than governments? Roy worries about this but clearly thinks it’s too early for a final verdict. What she makes clear is that the world’s plutocracy is plying the bottom billion for business opportunities. In 2008 Gates wrote a piece in Time lamenting the corporate world’s insufficient ability to find profit in development. For Gates, “it is mainly corporations that have the skills to make technological innovations work for the poor.” His notion of “creative capitalism” is “about giving [the corporate sector] a real incentive to apply their expertise in new ways, making it possible to earn a return while serving the people who have been left out.”

For Gates, poverty can best be eradicated through cutting edge technological invention, given the right financial incentives. It’s a line of argument worthy of judgment, the danger being another massive transfer of wealth from poor to rich.