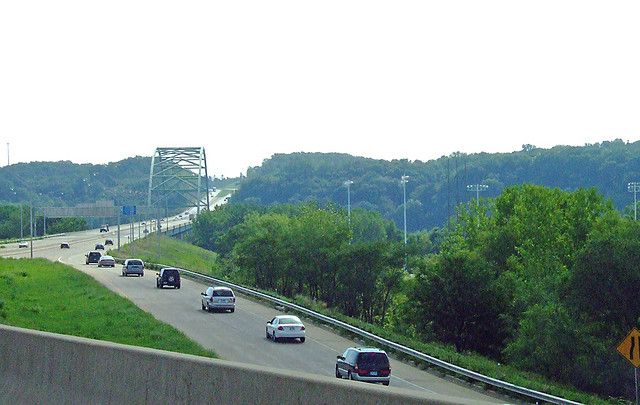 Those hoping for a major reassessment of transportation priorities, however, shouldn’t hold their breath.

The plan, which Obama had hinted at in this year’s State of the Union speech, proposes $50 billion for transportation, with four-fifths of that going to maintenance of existing highways, bridges, transit systems and airports in need of repair.

It also reiterates the president’s support for the creation of a national infrastructure bank, which would channel both public and private money to pay for projects, and proposes expanding the TIFIA program, under which local authorities can apply for funding for specific regional surface transportation projects. Obama’s plan also suggests implementing a bond program as another funding source.

Yonah Freemark of The Transport Politic has already picked up on the fact that roads will likely remain the best-funded pieces of infrastructure, even under a revamped TIFIA program. As he pointed out, this table from the Federal Highway Administration shows the vast majority of letters of interest submitted for TIFIA funding in 2013 — all of which are likely to land money under what’s become a first-come, first-serve system — are road or highway projects.

The language of the White House press release does seem to emphasize car infrastructure over all else, calling attention to the 70,000 “structurally deficient” bridges across the country. (Transportation for America has noted that this comes out to 11.5 percent of the total highway bridges in the U.S.) According to the White House, the plan could “bring almost 80 percent of structurally deficient bridges up to date.”

Few other specific infrastructure stats — let’s say, for one, the countless local transportation authorities in dire need of cash — earn a mention. The White House does pat itself on the back for having “built or improved” 6,000 miles of rail over the last four years, and says it will invest in “more than 350 miles of new rail and bus rapid transit.”

Where this may happen, or how the investments will break down among rail and BRT, isn’t clear. Nor is it apparent how a mere 350 miles of rapid transit will compare to however so many miles of highway Obama’s plan will mend or create.

Not that there’s anything wrong with trying to avert another Mississippi River Bridge disaster, but a new infrastructure plan from the nation’s highest office presents the chance to at least mitigate the disproportionate attention given to U.S. roads and highways at the federal level.

With that in mind, we’re asking our readers to suggest the infrastructure projects they feel warrant support under Obama’s plan. Sound off on Twitter using the hashtag #FixItFirst, or weigh in with comments below.