How Post Office Banking Could Help the Unbanked Without Congress 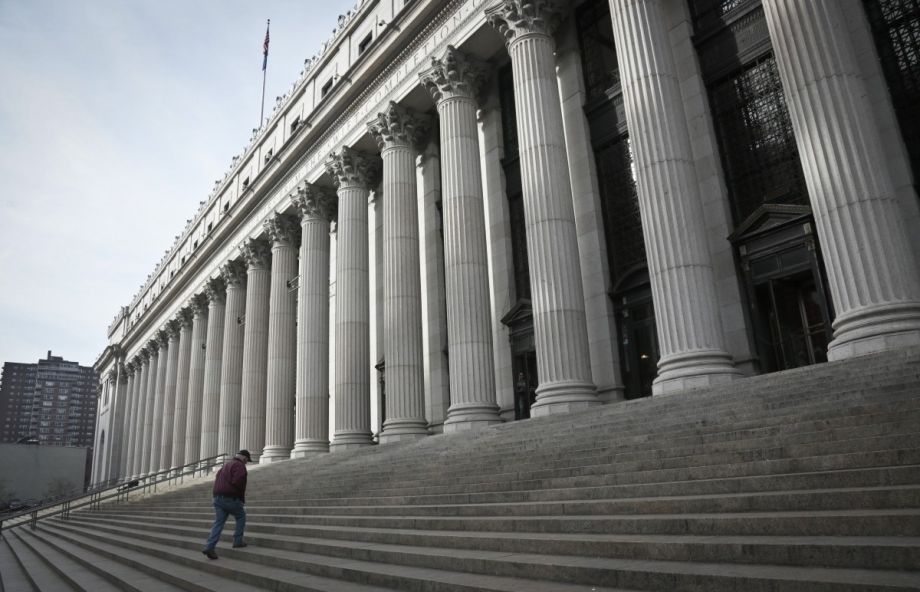 If the USPS expanded to offer financial services, proponents of postal banking argue, the move would be a “win-win.” A national utility that has reported multibillion-dollar losses for seven years straight could diversify its revenue. And the 34 million unbanked and underbanked American families — according to a 2012 FDIC survey, 41 percent of America’s unbanked lives in cities — may reap the benefits of cheaper and more reliable financial services through the postal service’s far-reaching footprint and trusted reputation.

A January white paper from the United States Postal Service Office of the Inspector General envisions postal cards to be surcharge-free, and suggests setting the APR on small-dollar loans at 28 percent (the Federal Deposit Insurance Corporation recommends a cap of 36 percent or lower). Such a program would be undoubtedly difficult to execute, but could pull the rug out from under usurious payday lenders if done right, and seriously benefit the USPS.

The Center for Financial Services Innovation estimated that the financially underserved paid some $89 billion in fees and interest in 2012. The underserved’s loans, deposits and other transactions amounted to some $792 billion in volume, while the sum of their total incomes reached the $1 trillion mark. (From the USPS OIG’s white paper: “If 10 percent of the $89 billion spent on alternative financial services was instead spent at the Postal Service, it could bring in $8.9 billion a year.” The Post Office lost $5 billion in 2013.)

Still, questions abound on how the proposed programs would really work. Richard Hunt, president and CEO of the Consumer Banks Association, didn’t mince words in an op-ed published in U.S. News earlier this year: “A report from the Postal Service’s inspector general was produced by an office with zero experience operating a modern financial institution. ”

Rep. Darrel Issa (R-CA), who chairs the committee where the bill currently sits, doesn’t believe that every post office can accommodate banking and doubts postal clerks are poised to double as bank cashiers.

However, even if Richmond’s bill dies, the discussion on postal banking is sure to continue, particularly around two points. One, if the USPS did launch these programs, who would regulate them? Two, some of the services — ones that could help the unbanked — mentioned in the bill may not need legislation at all.

“We [at the Postal Regulatory Commission] might be interested in the cost, but ensuring compliance with banking laws? That would probably be the Treasury,” says PRC attorney Ken Richardson. Any particular division of the Treasury? Richardson isn’t sure.

Through the POSTAL Act, the USPS could create partnerships with banks and credit unions. But if the Post Office made a go of it on their own? Just think of everything Walmart was able to do without a banking license. Though the USPS would need to be a “chartered institution” to offer checking accounts (regulated by the Office of the Comptroller of the Currency and Federal Deposit Insurance Corporation), it could offer saving accounts, pre-paid debit cards and small-dollar loans as simply a huge non-bank financial institution.

Indeed, the Postal Service once did offer savings accounts, from 1911 to 1967, and the service was unregulated, according to Mehrsa Baradaran, a University of Georgia law professor and postal banking expert. (The FDIC wasn’t established until 1933.)

“When postal banking was first started in the 1910s, they initially thought it would be the West and the South that took to these banks, but it was actually the inner cities,” Baradaran explains. “The inner-city poor and immigrants caused the success of those early postal banks. I suspect that [in the future] it will be the same.”

Further, the PRC can oversee the expansion of services that already exist. Technically, the USPS already offers international remittances to select Latin American countries. Nothing is stopping them from adding more countries to the list. Many observers have recommended that the post office get into check cashing. Some branches actually cash Postal Service checks and money orders, as well as U.S. Treasury checks. Ruth Goldway, PRC Chairman, recommended that the USPS “make more consistent its current check cashing services which are available on an ad hoc basis in many post offices” at a recent Pew conference.

Goldway added that the Post Office has “significant leeway to engage in what are termed experimental products and/or market tests.” She then mentioned a recent market test: pre-paid gift cards. Currently the PRC is deciding whether or not to authorize them permanently. With a PRC greenlight, the “postal card” could come to life even if Richmond’s legislation never makes it to a vote.

While the Post Office can’t dive in to postal banking unchecked, it certainly has a considerable freedom to grow and experiment that it has not exercised. The USPS has no plans to expand its money transfer services, a USPS media rep told me in an email, but added, “We are currently meeting with OIG staff to discuss more detailed information on the income that could be generated from offering new or expanded financial services.”

Baradaran believes the impact of postal financial services, even without the passage of POSTAL Act, could be major. Timothy Ogden, managing director of the Financial Access Initiative, views the matter more skeptically. He questions if postal banking proposals could meet all of their targets.

“Many people assume that the unbanked live simple financial lives, when actually their lives are complex. Building a service presuming that the needs of the unbanked are simple is naive and not likely to work,” says Ogden.

Ogden points to why designing a program for the unbanked would be tricky: The poor tend to make more transactions, which wind up more expensive for their banks. As many of the unbanked manage funds in cash, there’s no guarantee that they would want the extra step of a pre-paid card.

If the USPS were to accomplish the hard task of making systems that could serve the unbanked and underbanked well, then Ogden agrees, postal financial services could be a big deal.

“For a household with very little slack, say 10 dollars a week, you don’t have to save them a lot of money to make a difference,” Ogden explained in an email. “Saving them a few dollars, or offering a product that is better suited to their needs and helps them manage their finances a little better can matter a lot. The opportunity to deliver better products at a cheaper price and make a difference is there.”