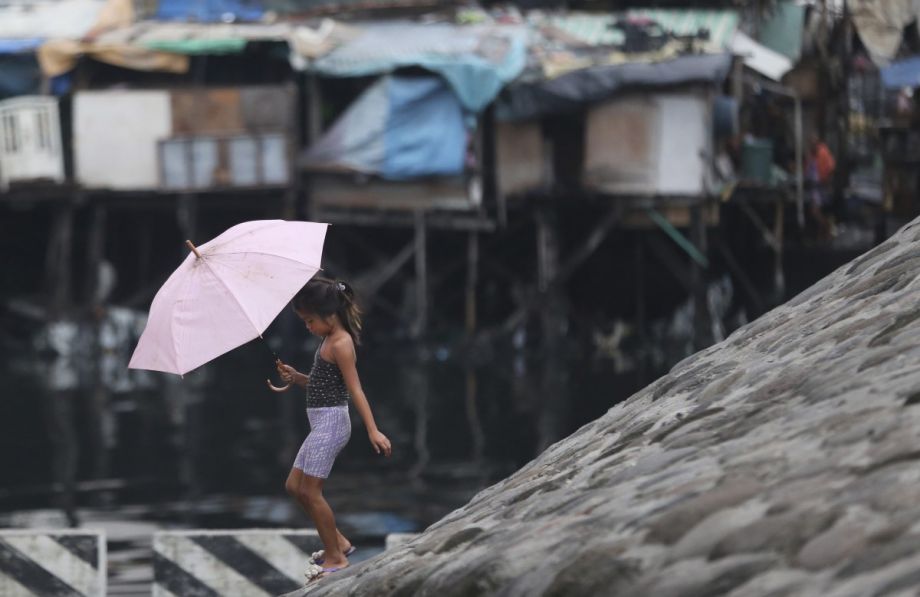 After Typhoon Haiyan in the Philippines. (Photo by AP / Aaron Favila)

Humanitarian aid is a booming business. Agencies focused on international humanitarian assistance help 50 to 70 million people a year. That’s twice as many as a decade ago, and funding requirements have nearly tripled in the same span of time, to more than $10 billion per year.

But for all that cash, as aid workers jet from one emergency to the next, it’s become clear that the methods for spending all this money is a relic of a bygone era of crises. Traditionally, humanitarian aid was seen as a stop-gap measure with international agencies showing up to distribute high-calorie biscuits and canned sardines, then leaving once people were back on their feet. But things have changed. According to a report by the United Nations’ Office for the Coordination of Humanitarian Affairs (OCHA), “Protracted and recurrent crises have become the norm… Humanitarian aid agencies are finding themselves on the ground for years on end.” OCHA, the international body in charge of immediate, post-crisis rescue needs, is sounding the alarm that aid needs to shift from being reactive to preventative.

Consider this: 89 percent of the world’s people who are affected by emergencies live in Asia. Between 1975 and 2011, 1.5 million Asian people died in natural disasters, and 130 million people were affected by conflict. On this continent of turmoil, the Philippines is arguably the most disaster-prone country of all. Kasper Engborg, head of the OCHA office in Tacloban, where recovery and reconstruction from Typhoon Haiyan is ongoing, says, “In the Philippines, you know that these typhoons and disasters are coming every year. The only thing we don’t know is the scale. It is not something that is coming to us as a surprise.” In the fall of 2013 alone, humanitarian aid organizations helped the Philippines recover from a 7.2-magnitude earthquake, the strongest typhoon ever to make landfall and a conflict that created over a million refugees.

Despite this, of the money that poured into aid globally between 1991 and 2010, only half a percent went toward prevention and preparedness – even though, says Engborg, “Preventing [a crisis] from having such a huge impact… would cost much less money than spending money on something that has already happened.”

In the horrific days after a disaster, with bodies piling up and survivors in a state of shock and desperation, people often demand to know if something could have been done to prevent it. But the will to prevent may be highest at the point when it’s already too late.

“The whole issue is that, as much as we can all agree on this theoretically,” says Engborg, “the biggest constraint that we have as humanitarians is that there is often very little will to invest in something that we don’t know is going to happen.” It turns out that even with lives at stake, donors, governments and aid agencies prefer to spend their money on a sure thing.

OCHA is trying to take the lead in repurposing aid for more preventative work. Besides publishing the report detailing the surge in at least partially preventable emergencies, they are holding global conferences to try to change the way money is spent, and on the ground, are attempting to coordinate better with governments and development agencies so that they’re leaving the people they help not just with their bellies full, but also better able to weather the next crisis.

However, as humanitarian aid workers, there’s only so much they can do. The intensity of the impact of a disaster depends on factors that exist even before that disaster hits — like pulling people out of poverty, ensuring the general health of the population, or making clean water readily available. Humanitarian aid workers can’t affect these longer-term living conditions, despite the fact that they help determine the rate of recovery after the storm, earthquake or drought.

Whether the impending disaster is in the Philippines or the Horn of Africa, ultimately, structural factors are the responsibility of governments and development agencies, and it’s their job to reduce the need for emergency humanitarian aid and stem the growth of the industry.

Engborg, however, points out that in the case of Typhoon Haiyan, aid workers didn’t find themselves walking into a total mess. There’s a certain advantage held by underdeveloped areas like Leyte and Samar, the provinces most destroyed by the typhoon. Engborg says that the recovery in those places has been relatively quick, with the region reaching stability far sooner than expected.

With recurring typhoons and a constant state of poverty, the Filipino people are accustomed to surviving in hardship. Though far from ideal, they’ve turned the skills they learned from living in poverty into an asset.