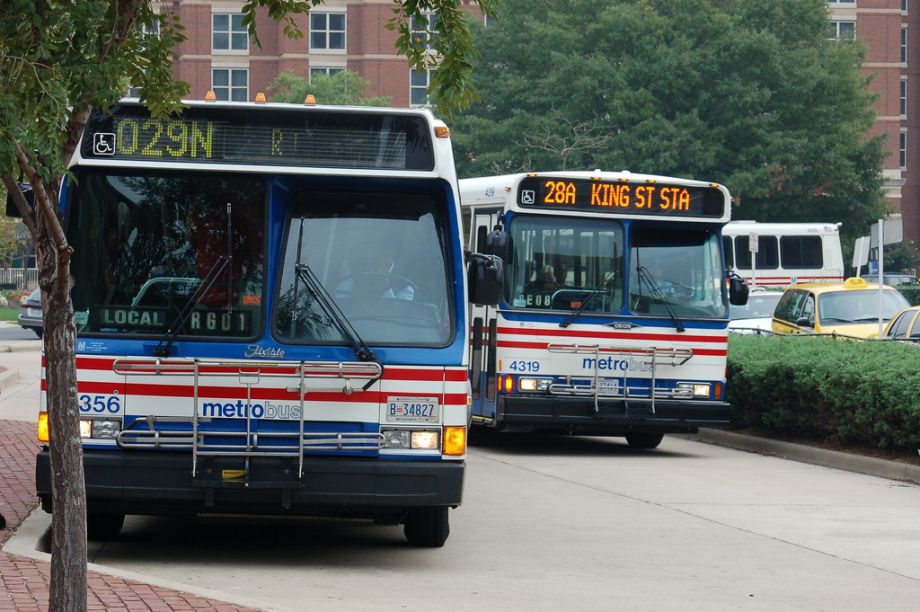 COVID-19 has slashed both auto and transit use while putting more strain on facilities for bikes and pedestrians in many cities. But this long-sought goal of many urbanists came about only because entire national economies have been switched off. This can’t and won’t last forever, and it may not even last for more than two more months in many places. What happens to urban transportation networks after the economy comes back on line is a live question, one for which no one has definite answers. This week, this column looks at some possible post-COVID-19 scenarios, shows how two U.S. cities have already reconfigured streets to give pedestrians more room, and notes that a third is taking one giant step to shift the scenario in the direction of fewer cars on the road.

The only thing we can say for certain about what the world of work and commuting will look after business activity resumes in full is that it probably won’t look like it did before the pandemic. But how it will differ is an open question. The Week’s business and economics corresponding, Jeff Spross, took a stab at answering that question on April 23.

Viewed from the standpoint of auto traffic on the roads and streets, he produced three possible scenarios.

In the low scenario, many of those now working from home continue to do so after the economy restarts. And on top of that, people who have turned to online shopping for groceries and other basic needs remain online as well. The result: While some, especially idled service-sector workers, will return to the roads, buses, and trains, both car travel and transit ridership will be lower than before the outbreak.

Not much changes in the middle scenario. The reasons post-COVID-19 urban transportation might look like pre-COVID-19 urban transportation: Working from home does have its downsides, and certain kinds of innovation may require face-to-face, in-person contact and collaboration. Grocery shopping, especiall,y has proven difficult to adapt to an online model for both technical reasons and reasons of consumer preferences. And even though the pandemic has delivered a huge shock to the system, it may still not be a big enough one to overcome inertia, and once the restrictions ease, people will revert to their old habits.

Then there’s the high scenario. This one’s the nightmare, and it’s based on the likelihood that Americans who live in those cities where transit accounts for a high percentage of trips to and from work in the urban core will still want to keep their distance from others on their journeys. The likely result: Former transit riders turn to their cars and both urban traffic and air pollution worsen. (The latter could happen even without this shift, Spross says, thanks to the Trump administration’s drive to relax fuel economy and auto-emissions standards.)

In the end, he says, citing Milan as an example, cities do have some power to reshape the flow of traffic and channel it into more socially and environmentally desirable streams. “If we decide there are some aspects of the new normal we like,” he concludes, “we’ll have to get proactive — and demand our policymakers do the same — if we want them to stay normal once this whole mess is over.”

Remember those Washingtonians who put up cones in parking lanes to claim them as “pandemic protected” sidewalks (“New Starts,” April 15)?

DDOT has installed movable concrete Jersey barriers in the parking lanes of streets in several city neighborhoods in order to create “expanded sidewalks” in front of supermarkets and drugstores. In the Cleveland Park neighborhood, DDOT simply threw barriers across the service roads flanking Connecticut Avenue to create the desired space.

According to the report, DDOT intends to block off parts of streets in front of high-traffic essential businesses in all eight wards of the District, and residents can request barrier placement through local advisory neighborhood commissions or business improvement districts.

While many applauded the installations, some didn’t feel they went far enough. Many residents of the city’s Petworth neighborhood criticized DDOT for blocking off only part of a parking lane along Georgia Avenue to add four feet of space to a sidewalk past a busy supermarket. The critics said the department should have blocked off the whole lane — and one of the two travel lanes to boot.

Meanwhile, 225 miles up I-95, the mayor of New York City is promising to create even more “open streets“ for socially responsible travel and recreation.

Streetsblog NYC reports that at an April 27 news conference, Mayor Bill De Blasio announced he would do City Council one better in closing off more streets to auto use while the social-distance requirements remain in place.

After a brief open-streets experiment ended after 11 days last month, City Council moved to pass legislation that would create 75 miles of car-free streets. At the news conference, De Blasio said that negotiations with the council had yielded a commitment to open 40 miles of such streets this month and work towards a total of 100 miles at an unspecified future date.

On top of that, the mayor said, the city would also create pop-up bike lanes and expanded sidewalks as part of the plan.

The original experiment met its demise because of concerns over enforcement of the zones, which originally had a heavy police presence. Council expressed frustration with that requirement, noting in its bill that open streets in other cities did not require them.

One aspect of the move that makes it less groundbreaking than it sounds: of those 100 miles, about 60 of them will be roadways in or adjacent to city parks.

In Houston, the city that catapulted Jeremy Walker into the top ranks of transportation thinkers and planners when he revamped the city’s bus system in a way that caused ridership to jump, city leaders there are pressing the Texas Department of Transportation to build on that success.

Or rather, rebuild on it: as the Houston Chronicle reports, the city is asking the state to rethink its plans for rebuilding and widening Interstate 45, the principal north-south freeway through the city. Texas DOT’s proposed $7 billion project would rebuild all of the highway between the city center and Beltway 8 and relocate its downtown segment from the west side of the core, where it runs on an elevated viaduct, to the east side, where it would run in a trench parallel to Interstate 69.

The city seeks to shrink the highway’s footprint and devote more of its carrying capacity to transit. Current plans call for the freeway north of downtown to widen to 10 general travel lanes and four managed lanes (presumably high-occupancy toll lanes), with five general and two managed lanes in each direction. Responding to demands from community activists in neighborhoods along the freeway’s path, the city wants this part of the project downsized to ten lanes total — four general travel lanes and one transit-only lane in each direction. This change would keep the freeway within its current right of way, while the original plan would widen its footprint to 450 feet. In addition, the city wants bus stations built along the highway for neighborhood access and improved pedestrian and bicycle connections to the facility.

The city’s proposal is consistent with a voter-approved master plan for Houston’s transit system that calls for bus rapid transit along I-45. That plan is aimed on further increasing the role mass transit plays in getting Houstonians into and out of the city center as well as around town.

Texas DOT, for its part, has not expressed opposition to the changes but says it must take regional considerations into account in rebuilding the highway. Critics of the state’s proposal want the city to hold firm on its requests and for the state to hold off on any environmental approvals until after the coronavirus passes and the public is allowed to have direct input again.