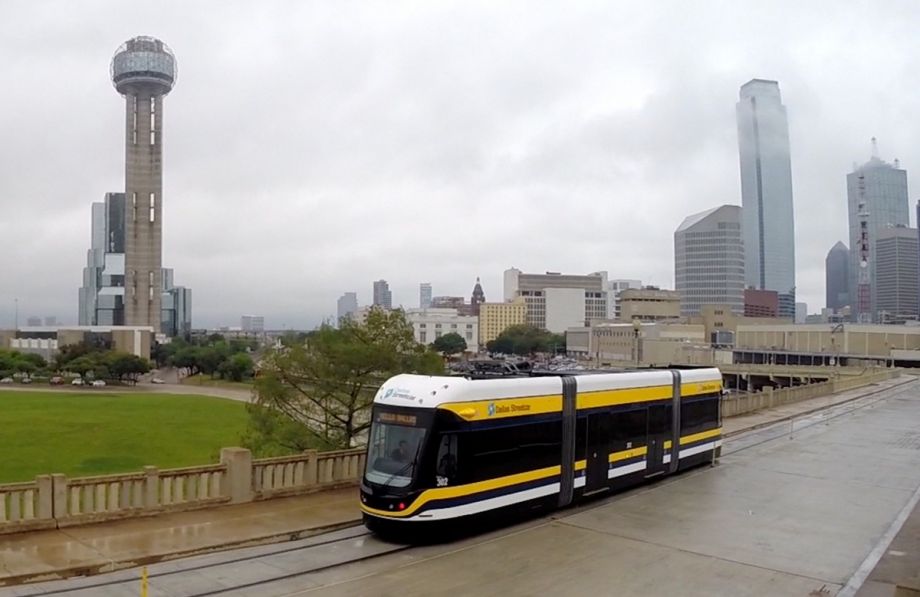 Dallas to Weigh Possible Downtown Streetcar Routes
In addition to deciding exactly where to put a downtown subway for the city’s light-rail network, Dallas City Council will also soon make a decision on which of four possible alignments a new downtown streetcar line should use, the Dallas Morning News reports.

Downtown Dallas Inc. CEO Kourtny Garrett told the council Aug. 14 that each of the four routes has its advantages, but that one along Elm and Commerce streets would most likely have the highest ridership, while another using Young and Harwood streets would serve 48,000 jobs that currently have no rail transit options.

The planned downtown streetcar would complement the DART light-rail network by serving as a circulator for downtown workers, residents and tourists. It would also connect two existing streetcar lines, one along McKinney Avenue and the other connecting Union Station with the Bishop Arts District.

City officials say the streetcar would go into service by 2021 at the earliest. They hope to split the estimated $90 million construction cost between DART funds and a federal grant.

The track segment was a turnout that will be part of 8.5 km (5.28 miles) of track connecting the maintenance facility with the end of the line at Mount Dennis station. The maintenance facility, set to be completed in 2018, will be the first finished component of the 19-km (11.8-mile) surface and underground route running from Mount Dennis in the west to Kennedy in the east.

“The installation of the first piece of track is a significant milestone for the Eglinton Crosstown LRT project. It is exciting to see how far we’ve come since work began in 2011. This investment will provide fast, efficient and reliable transit for residents, commuters and visitors in Toronto,” Ontario Minister of Transportation Steven Del Duca told RT&S.