Portland’s New Water Pipes Are Delivering Much More Than H20 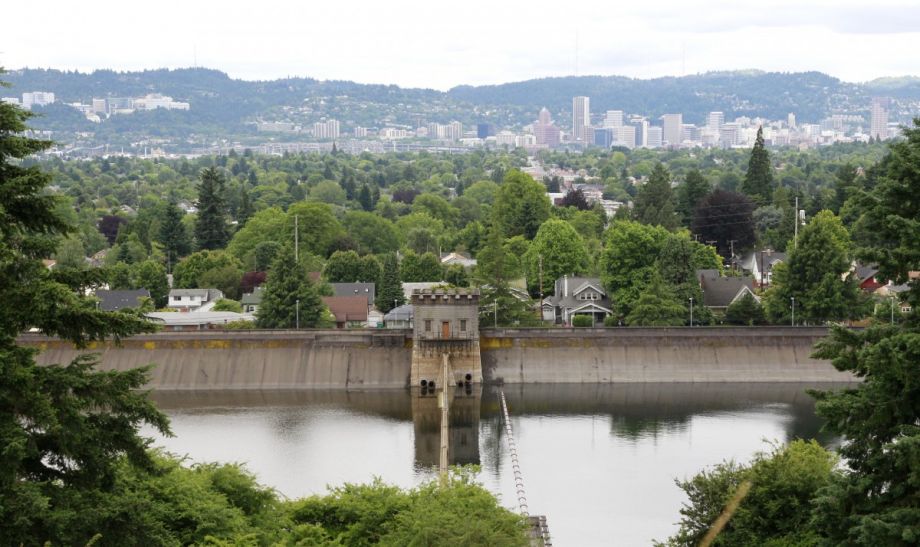 Globally, hydropower tops the list of widely adopted renewables, but it’s difficult to harness on a city scale. From giant generators to monolithic dams, the infrastructure doesn’t really fit rooftop solar’s “compact and distributed” model. And though free-flow and tidal projects exist, they don’t necessarily mesh with a dense municipal grid.

A new system, unveiled in January, generates electricity inside a stretch of city pipeline. Right now its footprint is small, running under an eastern quadrant of the city, but it will produce around 1,000 megawatt hours every year — enough to power 150 homes. Only the second of its kind (Riverside, California, installed a smaller version in 2012), the infrastructure comes from a partnership between the Portland Water Bureau and local startup Lucid Energy.

“It’s not an entirely new idea — hydroelectricity is well known,” says Gregg Semler, CEO of Lucid Energy. But the new infrastructure piggybacks on technology common to West Coast municipalities to create something unique.

In many gravity-fed systems, Semler explains, utilities pump water uphill into reservoirs and then send it rushing downhill to the showers and kitchen sinks below. As the water accelerates, a series of valves constricts flow to make sure the deluge doesn’t blow off your shower head when it hits.

“We put a turbine in front of that water, the turbine spins a generator and that converts flowing water to electricity,” he says. Turbines can be placed upstream of valves, but they also help constrict flow.

The technology sounds simple enough — more advanced, certainly, than a creek-side mill grinding flour, but based on the same water-spinning principals. So why is Portland only the second city to embrace it?

The obvious answer would be cost, but according to a Portland Water Bureau spokesperson, the new system won’t raise rates. That’s because Harbourton Alternative Energy, a subsidiary of Harbourton Enterprises, financed its installation. As the project generates an expected $2 million worth of electricity over the next 20 years (sold to Portland General Electric), the system’s investor and the water bureau will share the returns. After 20 years, the water bureau will have the option of owning the system and any energy it produces.

According to Semler, what’s holding back widespread implementation is much more obvious. For one, many cities rely on old pipes to deliver their water. According to the EPA, nearly half the country’s large-scale systems are more 40 years old, while some date back more than a century. When automobiles were just beginning to roll off assembly lines, in-pipe hydrotechnology didn’t exist.

And Semler says the new system is exactly that — a system. Between turbines, generators, control systems and converters, digging up pipes to install all those individual puzzle pieces would be a headache, likely to earn a resounding no at first pitch. For Lucid Energy, Semler says, the turning point came through a partnership with Northwest Pipe, which agreed to install the generation infrastructure inside its steel tubes. Now, instead of all those disparate pieces, cities just need to replace their pipes.

In Portland, Lucid Energy, the Portland Development Commission and city officials signed an agreement in 2011, when then-Mayor Sam Adams praised it as another step for Portland’s status as a “living laboratory for green innovation and advanced manufacturing.”

A spokesperson for the Portland Water Bureau declined an interview request, stating that Lucid was handling all media for the project. However, she did answer several factual questions and provided a statement from the agency, courtesy of Administrator David Shaff:

“The Lucid Pipe system provides a way for the Water Bureau to contribute to generating electricity for our community in a clean, low-cost and renewable way.”

According to Semler, the company is in talks with cities in California, Arizona and Colorado, but no contracts outside Portland and Riverside have been finalized yet. The startup is looking for two things that keep their sights on the West Coast (for now): gravity-fed systems and progressive energy and water policies. In many Midwestern municipalities, massive pumps push water across vast, flat terrains, so Lucid Energy’s gravity-fed technology wouldn’t work. But some East Coast towns and cities could be likely candidates.

Semler’s optimistic about the current federal push for infrastructure upgrades, though so far presidentially sanctioned and funded campaigns have focused on roads, bridges and transit — not water.

But the country’s pipes are aging (leaking enough to drown Manhattan and Chicago every year), and he sees potential replacement efforts as an opportunity to sub in the new pipes.

“We believe that, if we can survive long enough, we’ll be a part of rebuilding America’s water infrastructure,” he says.