In Portland, an Experiment to Make Real Estate Investment Affordable for All – Next City

In Portland, an Experiment to Make Real Estate Investment Affordable for All 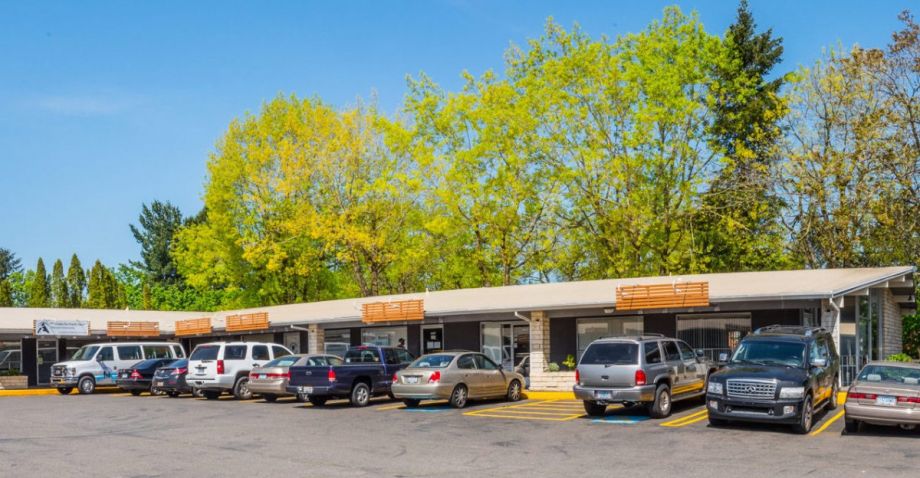 From the outside, Plaza 122 seems like any other strip mall. Located in Portland, Oregon’s Mill Park neighborhood on the far east side of the city, it has your standard parking lot ringed by businesses in low-slung buildings. But Plaza 122 is home to an experimental commercial investment model that is meant to help low-income community members build equity and lessen their risk of displacement.

Mercy Corps Northwest, a nonprofit that provides loans and financial education to low-income individuals, purchased Plaza 122 for $1.2 million in December 2015 to test their Community Investment Trust (CIT) program. The CIT is similar to REITs (real estate investment trusts), an investment model that allows people to buy shares of income-producing real estate, which pays out dividends. However, unlike REITs, which typically attract the wealthy, Mercy Corp’s pilot is aimed at low-income investors in the neighborhood.

“We want to turn the REIT model on its head by creating a small, safe, local and low-dollar investment opportunity for all within a community to participate in,” says Sven Gatchev, Mercy Corps Northwest’s community investment trust business analyst. Gatchev says, to his knowledge, their CIT model is the first of its exact kind in the U.S.

When Mercy Corps purchased Plaza 122, it was in foreclosure and had 65 percent occupancy. Over the past two years they’ve brought it up to full occupancy. The 27 tenants include a Latina-owned hair salon, a Somali-owned taxi company, an insurance company, nonprofits and others.

The property has about $450,000 in equity. Investors can buy in for as little as $10 per month and a maximum of $100 per month. Tenant rent is used to pay the mortgage and property expenses. Whatever’s leftover is paid out as annual dividends. Over time, as the mortgage principal is paid down and if the building value appreciates, the shares will pay out higher dividends.

The only requirements for participation are that investors are at least 18 years old, live in one of the four ZIP codes surrounding Plaza 122 and have taken Mercy Corps Northwest’s financial literacy class.

“There’s no income restriction because we want it to be available to everyone in the ZIP codes,” says Gatchev. “We want to make sure it’s the people that live in the community who are investing in the community.”

According to a study from Portland’s Bureau of Planning and Sustainability, Mill Park and surrounding neighborhoods in outer southeast Portland have become a landing place for low-income renters pushed out of more central neighborhoods where costs have risen. “The potential for displacement happening again is very high,” Gatchev says.

Long term, Mercy Corps Northwest hopes to have the CIT form a board of directors composed of investors and real estate, financial and legal professionals. The board would be Plaza 122’s landlord.

“The idea is for it to not be subsidized by Mercy Corps Northwest and for the community to make the decisions right for them,” says Gatchev. “For example, do they think it would be a good decision for the neighborhood to introduce a liquor store or marijuana dispensary in the building.”

If the CIT model proves successful, Mercy Corps Northwest hopes to expand it to other properties around the Northwest. They also want to see other nonprofits implement the model — and they’ll eventually have a how-to guide available for sale.

Though the CIT is possibly the first to use the REIT model to make real estate investing accessible to low-income people, other nonprofits have experimented with REITs. In 2013, a coalition of affordable housing nonprofits formed the Housing Partnership Equity Trust, a REIT that allows private investors to fund affordable housing development. To date the Trust has acquired 12 rental properties in St. Paul, Sacramento, Virginia Beach, D.C., Chicago and elsewhere.

Mercy Corps Northwest will open Plaza 122 to investors next month. Gatchev says 18 people have already completed the financial literacy class and are eligible to invest.