Portland Deploys Data-Tracking Traffic Sensors to Save Lives – Next City 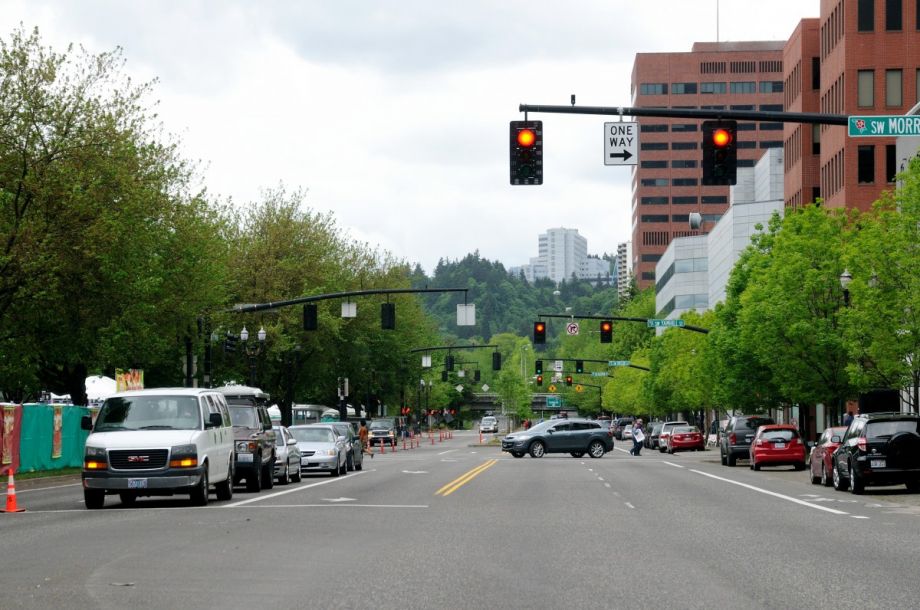 Portland, Oregon, has unveiled a network of “smartphones for municipalities” that will track cars, pedestrians and bikes on some of Portland’s most dangerous streets in an effort to improve safety, Fortune reports.

The city, in partnership with AT&T, Intel and Current by GE, is deploying 200 traffic sensors on street lights along three “high-crash corridors,” the Oregonian reports. The sensors will give city staff accurate information on the number of cars, bikes and pedestrians using a road, what they are doing and how fast they are going. The city expects to collect data for 18 months, according to the Oregonian.

The sensors will replace the old method of data-gathering, which until now has been laboriously collected by volunteers and intermittent traffic surveys, the Oregonian says.

“Portland is leading the country in this important data effort,” Portland Mayor Ted Wheeler said at a press conference, according to Tech Republic. “We are at the forefront of using advanced technology to make our cities safer for pedestrians, cyclists and drivers, helping people more easily get around, save time and reduce the possibility of crashes. This pilot is a significant step in acquiring and utilizing data to make critical decisions.”

Portland leaders hope that the traffic data will provide information to help achieve the city’s Vision Zero plan, which calls for eliminating traffic fatalities by 2025. As of last week, the Oregonian wrote, 17 people had died on Portland streets so far this year. The three streets selected, 122nd Avenue between Burnside and Duke streets, Southeast Division between 11th and 122nd avenues, and Southeast Hawthorne Boulevard between 11th and 46th avenues, were chosen from a group of 30 that make up 8 percent of the city’s streets but account for half of its traffic fatalities, reports StateScoop.

Dylan Rivera, a spokesman for the city’s transportation department, told the publication that “we’re hopeful we’ll get the kind of information and data that can help our planners and engineers make better decisions that help save lives.”

The sensors will also help the city study how efficiently its street parking is being used.

Privacy concerns about the new devices have been “well-addressed” by the project’s private sector partners, Mayor Wheeler told ZDNet. No video is uploaded anywhere — the sensors use computer-vision software onboard to identify objects, and then pass that data on, Fortune reports. The system is also configured to ignore personally identifying information. That means no facial recognition software or license plate identification, for example. The devices are able to store up to seven days of video onboard.

The $1 million sensor project is part of the city’s Smart City PDX plan. The city council will vote on the Smart City PDX Priorities Framework Thursday. The rest of the plan, says StateScoop, “hits many of the other familiar smart-city beats, including air-quality sensors, open-data platforms and guidelines for autonomous vehicles.”