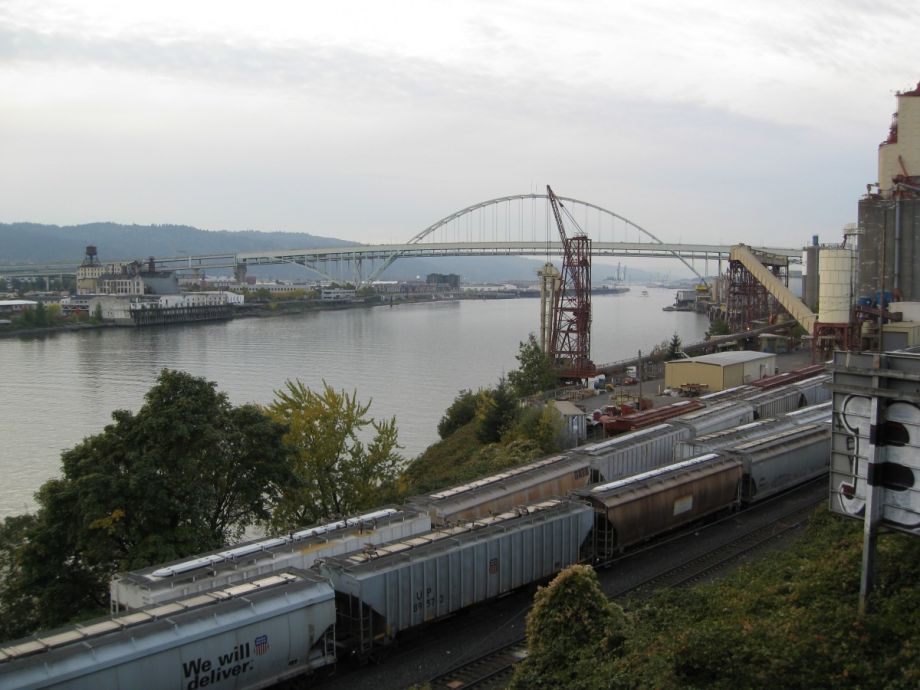 A growing resistance to new fossil fuel infrastructure has been sweeping Western cities in the U.S. over the past few years. The standoff at Standing Rock in North Dakota over the construction of an oil pipeline is a recent high-profile example. Protesters in Olympia, Washington, are currently blocking trains from carrying fracking materials to the Bakken oil fields. Others in Tacoma are organizing to oppose a liquefied natural gas plant. These aren’t fringe revolts. City officials and regulators have blocked at least six proposed fossil fuel terminals in Washington and Oregon in just the past two years.

Now as concerns mount that a Donald Trump presidency will lead to inaction on climate change, and even a reversal of existing environmental regulations, local efforts to oppose fossil fuel projects may be more important than ever.

This week, Portland City Council strengthened a proposal that could prevent new large fossil fuel terminals from being built in the Oregon city. The ordinance responds to a council resolution opposing the expansion of infrastructure whose primary purpose is to transport or store fossil fuels — a resolution passed after the city rejected a new propane terminal last year.

Michael Armstrong, sustainability manager at the Bureau of Planning and Sustainability (BPS), which drafted the ordinance, says it’s not an outright ban on fossil fuels. Only large fossil fuel storage tanks (with a capacity of 2 million gallons or larger) would be affected. But it is a strong statement. “The city of Portland’s future economy won’t be based on fossil fuels, and we’re not interested in investing further there,” Armstrong says.

A first draft of the ordinance allowed existing terminals to expand by up to 10 percent if they also updated their facilities to be more earthquake proof. “Pretty much all of the large fuel storage tanks in Portland are located in Portland Harbor, so they’re right along the riverfront on soil that is susceptible to liquefaction in an earthquake,” says Armstrong. But there is currently no requirement that operators upgrade their tanks to withstand the seismic wallop scientists agree is coming. The first draft of the ordinance permitted operators to expand their facilities slightly so they could justify the cost of bringing them up to modern earthquake codes.

On Wednesday, the council removed that provision. Under the revised ordinance, existing terminals wouldn’t be able to expand at all, nor would fossil fuel terminals be permitted to convert to coal transloading facilities. Instead, the council added a provision directing the city to work with the state to develop seismic upgrade requirements by other means.

Ellen Wax, executive director of the Working Waterfront Coalition, which represents businesses along the Willamette River, including some terminals, questions whether the ordinance is the best way to achieve the city’s goals. “If there’s no upgrade in size it maybe not be economically feasible,” she says. Portland’s tanks supply 90 percent of all fuel for the entire state.

Wax also says letting terminals expand would allow them to add new infrastructure necessary for transitioning away from fossil fuels. Oregon’s Clean Fuels Program requires that the content of carbon in fuel brought into the state decrease annually. To do so, some terminals have argued they need additional blending tanks for mixing carbon-based fuels with biofuels. “You need fossil fuels to get to these other kinds of fuels,” says Wax.

She also worries that zoning is being used here as a political tool. “[The ordinance] is primarily to send a message around fossil fuel use and the goal to decrease carbon emissions, and whether zoning is the right way to make that happen is partially one of our concerns.” But Wax is quick to point out her organization isn’t lobbying to bring more terminals to Portland, only to protect the investment of the operators who are already there.

Armstrong says fossil fuel use has been flat or dropping across Oregon for the past 10 to 15 years. “We’re not sure there’s going to be much of a demand to expand those tanks anyway,” he says. It is a growing state, so that could change, but electric car use is increasing too. “Time will tell,” he says. But at least out West, the tide does seem to be turning in the climate’s favor.

“There’s been pressure on pretty much all of the West Coast cities to open up [to new fossil fuel terminals],” he says. “All the new hydrocarbons coming out of the Rockies are looking for ways to get to market.” And yet in the past few years, none have been going through. Armstrong and other BPS staff have been in touch with other cities about how they’re holding out.

“No one of us can do this on our own, but if we stand together we stand a chance of keeping those fossil fuels in the ground,” he says.

For the next four years, that might be the best option. “Sadly, given the election, now more than ever we need local action,” BPS Director Susan Anderson said at a council hearing earlier this month. “We can’t rely on a future president who doesn’t even believe that climate change is real. … But we know the science is clear.”

The council is expected to make its final vote on the amended ordinance on Dec. 8.