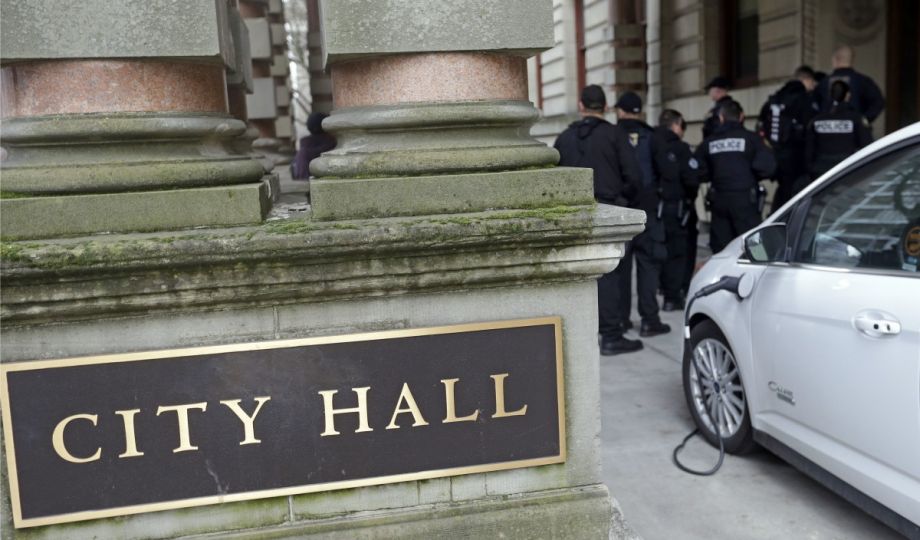 Portland’s City Council voted Wednesday to stop all new investment of city cash in corporate debt, Oregon Public Radio reports. The split 3-2 vote followed hours of testimony from members of the public who urged the council to bar investments in companies like Nestle, Wells Fargo and Caterpillar.

The city had already created a “do-not-buy” list featuring companies that conflict with the city’s environmental priorities and ethics, including Wal-Mart, Chevron and Exxon. But when a volunteer board tasked with flagging new companies for the list pressed council late last year to add nine more companies, commissioners balked, according to the Portland Mercury.

Instead, the council made the temporary decision not to invest in corporations at all. In doing so, the council rejected a different ordinance backed by Mayor Ted Wheeler and the city Treasurer Jennifer Cooperman which would have brought in a New York-based ratings firm to identify companies for the city in invest in that have comparatively better environmental and social track records.

The city stands to lose out on some cash with the move — as much as $3-5 million dollars each year ongoing, according to Cooperman. This was Wheeler’s main objection to the amendment. He noted that the lost funds could pay for 285 new units of housing, 850 wheelchair accessible curb ramps or more than 667 new beds for the homeless, and said at the hearing that he’s more interested in using the city’s purchasing power to push for corporate change.

“It’s not divestment that changes a company’s behavior. It’s the bottom line. Are we still buying the product?” he said.

City investments total more than $1.7 billion, about a third of which is currently invested in corporate securities. The city’s move to divest from corporate debt means shifting more of the city’s money into other types of investments with lower returns on investment, like U.S. Treasury bonds and U.S. agency debt.

While supporters of the amendment pushed it as a victory for those who do not want their tax dollars supporting corporations, as the Portland Mercury points out, this also means that Portland “won’t be taking a proactive stand against companies that do some objectionable things. Advocates for explicitly calling out certain corporations argue that those companies take a PR hit when a large city calls them out as toxic that’s greater than any risk to their bottom line.” One major example: Seattle cutting off Wells Fargo.

Since the city is required by state law to review its investment strategy on a yearly basis, this new amendment may be called into question again next year.