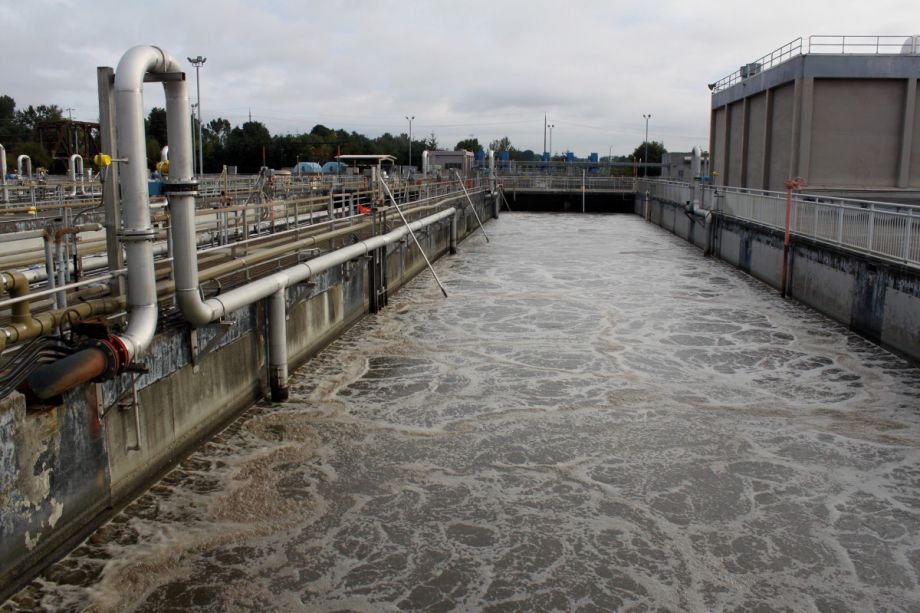 For about a decade, most of the methane generated by decomposing sewage at Portland’s wastewater treatment plant has been captured and used to create both heat and electricity, contributing nearly 40 percent of the plant’s electricity needs.

By the end of 2018, the methane will now be used to create renewable natural gas, a fuel source chemically identical to extracted natural gas, which can be used to power vehicles in its compressed form. City council approved the idea in early April, and the city plans to install a fueling station at the wastewater treatment plant to power city vehicles, and to sell fuel to outside fleets. The Bureau of Environmental Services (BES) estimates it can produce 100,000 to 340,000 decatherms of natural gas per year, enough to fuel 154 garbage trucks, for example. The goal is to convert or replace vehicles currently running on diesel, a major culprit in both air pollution and carbon emissions.

“We’re taking 100 percent of our waste methane, recovering it for use as renewable natural gas, specifically to replace dirty diesel,” says Diane Dulken, public information officer for the BES. “And those three coupled together are really essential, because together they create the largest climate benefit, the largest revenue benefit, and the largest clean air benefit.”

Currently, the plant only utilizes 77 percent of the methane emitted there, either to create electricity or to sell to a nearby manufacturer. The remaining 23 percent is “flared,” or burned off, releasing carbon dioxide. Dulken says the renewable natural gas proposal was inspired by two questions: “How do we solve for that 23 percent?” and “How do we get the highest environmental value for the work we do, and turn our waste treatment plant into a resource recovery operation?”

After implementation, the plant will capture and reuse 100 percent of the methane, which is produced by the bacteria that breaks down solid waste. The methane will be treated and compressed onsite, and then fed into existing natural gas infrastructure through a partnership with the city’s utility, Northwest Natural Gas.

Because renewable natural gas fetches a higher market price than extracted natural gas — thanks largely to state and federal programs designed to encourage domestic fuel production — the plan is to use the majority of the fuel for vehicles, and begin to purchase natural gas for the plant’s electricity generation.

Though the necessary plant prep work won’t be done till end of 2018, the city is aiming to install the natural gas fueling station by the end of this year to encourage city departments to convert or replace vehicles to run on compressed natural gas as soon as possible. Suto says this solves the chicken-or-egg problem of vehicles or fueling infrastructure first.

The city is also working with an outside partner to sell the renewable natural gas to other Portland fleets, like independent waste haulers and airport shuttles. Using credits from those state and federal domestic energy programs, partnering organizations could choose to install their own natural gas fueling stations or use the city’s. Similar to programs that allow electricity customers to purchase solar or wind energy, consumers won’t be directly utilizing the renewable natural gas generated by the plant — it will be fed into the overall natural gas infrastructure, and consumers will pay a special rate for the renewable fuel.

Installing the new conversion technology and fueling station will cost around $9 million, while the city expects to earn $3 million to $10 million per year in revenue selling the fuel. The BES estimates the project will cut 21,000 tons of carbon emissions per year, both in methane that will no longer be released and in diesel that will be replaced. The city has called the effort Portland’s “single largest greenhouse gas reduction project to date.”

Vivek Shandas, a professor of urban studies at Portland State University, called that claim into question in a recent article at Oregon Public Broadcasting, citing the city’s urban growth boundary and other policies as more transformative. BES stands by the statement, saying in terms of city of Portland operations, it’s the project with the single largest climate impact. And while Shandas would like to see further analysis to show definitively whether this investment will give the greatest climate bang for the buck, he says it’s a step in the right direction in terms of waste recapture.

He also says it’s an ideal time to be talking about reducing diesel emissions in Oregon, as the state decides how to spend $72.9 million garnered in a settlement with Volkswagen over their cheating on emissions tests.