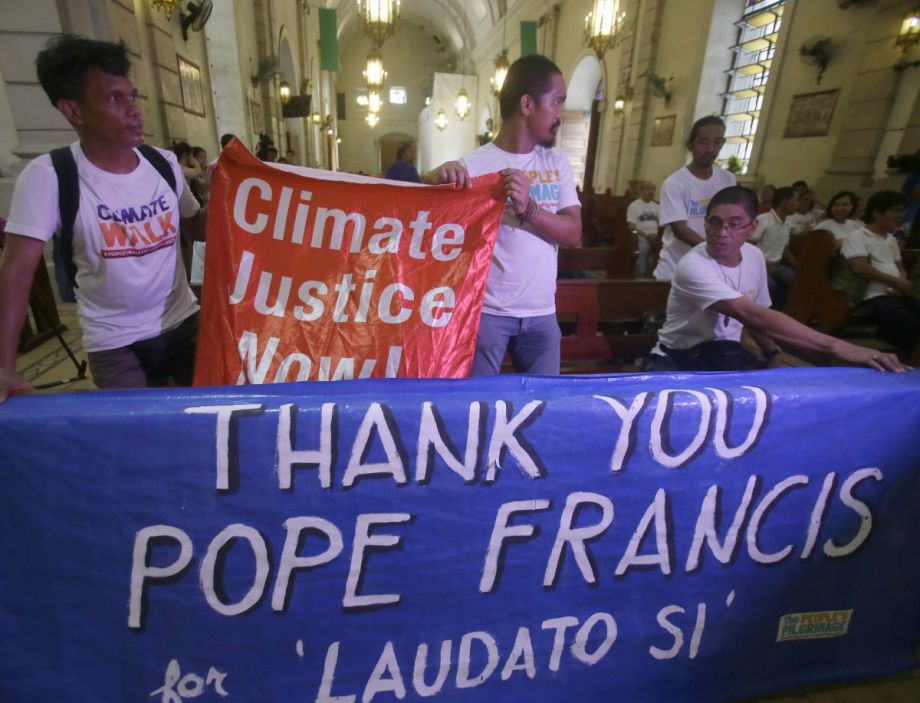 Pope Francis called for an extraordinary global response to climate change this week in his much-anticipated encyclical. But the first pope from the developing world also has a message for urban planners: Build better neighborhoods for the poor. And while you’re at it, find a way to integrate the natural world in city design. “We were not meant to be inundated by cement, asphalt, glass and metal, and deprived of physical contact with nature,” he writes in Laudato Si. It’s subtitled “Our Care for Our Common Home.”

Cities have become unhealthy places for human beings — not only because of toxic emissions, but also because of poor transportation, visual pollution, congestion, social exclusion, violence, noise and even “the loss of identity.” And inequality looms over it all.

“In some places, rural and urban alike, the privatization of certain spaces has restricted people’s access to places of particular beauty,” Francis writes. “In others, ‘ecological’ neighbourhoods have been created which are closed to outsiders in order to ensure an artificial tranquillity. Frequently, we find beautiful and carefully manicured green spaces in so-called ‘safer’ areas of cities, but not in the more hidden areas where the disposable of society live.”

Call this the B-side of the groundbreaking treatise that has aligned the leader of the Roman Catholic Church with mainstream science. The pope’s urban planning analysis is a thoughtful take on the interconnectedness of the natural and built environments. His theme? The choices we make in cultivating the places we live in have consequences for human behavior. Francis specifically urges “those who design buildings, neighbourhoods, public spaces and cities” to go beyond their planning niches and “draw on the various disciplines which help us to understand people’s thought processes, symbolic language and ways of acting. It is not enough to seek the beauty of design.”

That is, our plans and projects must also serve the quality of life of others, contributing to a culture of encounter and mutual assistance. At every step, it’s crucial that “urban planning always take into consideration the views of those who will live in these areas.”

Historic preservation is also on Francis’ radar. The man whose residence is adjacent to St. Peter’s Basilica, which opened in 1626, recognizes the need to protect the “common areas, visual landmarks and urban landscapes” that increase “our sense of belonging, of rootedness, of ‘feeling at home’ within a city which includes us and brings us together.” That sense of community is essential. Preservation of structures and spaces for their own sake is irrelevant; rather, preservation efforts should be tailored to the public good, and should be accessible to all. When they are well integrated into the landscape, residents of the city will feel a deepened sense of the whole. When they are not well integrated, they contribute to isolation and separateness.

“Interventions which affect the urban or rural landscape should take into account how various elements combine to form a whole which is perceived by its inhabitants as a coherent and meaningful framework for their lives,” Francis writes. “Others will then no longer be seen as strangers, but as part of a ‘we’ which all of us are working to create. For this same reason, in both urban and rural settings, it is helpful to set aside some places which can be preserved and protected from constant changes brought by human intervention.”

Housing, too, is a concern for Francis. He notes that state budgets cover only a tiny portion of the demand for housing across social classes, which cuts right at the heart of the human dignity that he champions throughout the encyclical.

“In some places, where makeshift shanty towns have sprung up, this will mean developing those neighbourhoods rather than razing or displacing them,” he writes. “When the poor live in unsanitary slums or in dangerous tenements, ‘in cases where it is necessary to relocate them, in order not to heap suffering upon suffering, adequate information needs to be given beforehand, with choices of decent housing offered, and the people directly involved must be part of the process.’” (He’s quoting from the 2004 Compendium of the Social Doctrine of the Church.)

When Francis turns his attention to transit, there is perhaps unintentional humor in his understatement. “The quality of life in cities has much to do with systems of transport, which are often a source of much suffering for those who use them.” Driving culture is a major polluter, and the building of roads and parking lots spoils the urban landscape. But directing everyone to get on the buses and trains is no easy solution either. Public transit, he writes, needs to be make marked improvements if they are going to win over the majority. Crowding, inconvenience, infrequent service, and lack of safety are the particular gripes of Francis, who has been seen numerous times taking public transit.

Collectively, the encyclical affirms how important it is to make the moral case for city design. Whether he is discussing the need for improved utilities in rural areas or the value of beauty in architecture, Pope Francis connects it all back to the web of life. “Our insistence that each human being is an image of God should not make us overlook the fact that each creature has its own purpose. None is superfluous,” he writes.

Our civic spaces are intensely personal, shaping the terrain of our lives and our memories. They influence how we think, feel, act and express our identity. “We make every effort to adapt to our environment, but when it is disorderly, chaotic or saturated with noise and ugliness, such overstimulation makes it difficult to find ourselves integrated and happy,” he writes. On the other hand, if our built environments are well designed — equitable, serviceable, historic, coherent and integrated with the natural world — they make it possible to “recover something of our true selves.”

Too often, developers, urban planners and city leaders seem to think that it is obvious or implied why the decisions they make are in the best interest of the public. But there is no shortcut to articulating why our planning choices speak to the fundamental human dignity of the communities we’re working in. Indeed, Laudato Si is a powerful template for how to do just that. And if, even with that model on hand, we can’t articulate the moral case for what we are doing — consider that a major red flag.