Can This 10-Year-Old Training Model Be the Fix U.S. Police Need? – Next City

Can This 10-Year-Old Training Model Be the Fix U.S. Police Need? 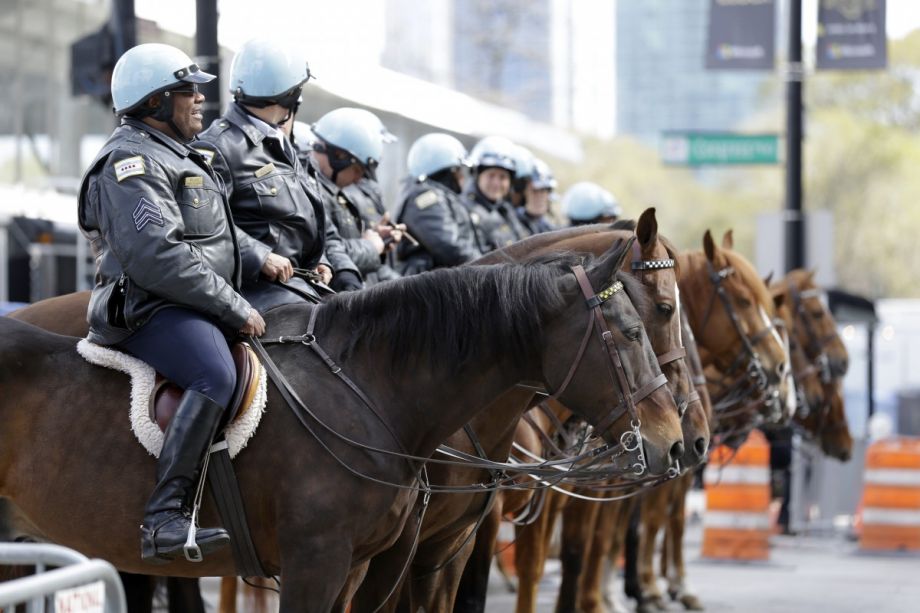 On any given day, thousands of conscientious law enforcement officers undertake the difficult job of policing with a level of professionalism and service that should be a model for their peers. Yet from Chicago to Philadelphia, Baltimore to Cleveland, the public perception of law enforcement is defined by its lowest common denominator.

No one can say for certain how many rogue cops are patrolling America’s streets right now, half-cocked and operating with virtual impunity. But everyone with a stake in the game has an opinion about how to prevent one of them from becoming the next breaking news story.

To date this dialogue has focused primarily on increased transparency (think body-worn cameras), and/or more aggressive disciplinary enforcement against cops who break the rules. Recently, a group of legal scholars proposed a radical third option: lowering the bar on what society considers acceptable police behavior.

Writing for the New York Times, Yale Law professor Jed Rubenfeld and two of his students made a case for elevating the minimum legal standard for police use-of-force from “justifiable” to “necessary” — requiring that all non-lethal options be considered before police resort to deadly force.

Not surprisingly many street cops bristle at that suggestion.

Lou Hayes, an 18-year veteran police officer and tactical trainer in suburban Chicago, says that while a necessity standard may look good from an office in New Haven, on the streets of Chicago it would “require a crystal ball or a time machine.”

“Determining necessity or unavoidability is based, at best, on an after-the-fact analysis,” he says. “Police officers cannot possibly forecast every possible outcome.”

Hayes would know. As a squad leader for a multi-jurisdictional task force in Illinois that serves high-risk warrants, he’s participated in dozens of potentially fraught encounters with civilians. Early in his career he says he recognized a troubling pattern in the way many of his colleagues operate under pressure.

“I saw [that] officers were doing things very well tactically, their movements were good, their positioning was good,” he says. “But what I saw was them having trouble justifying those movements.”

Hayes began exploring ways to correct this strategic imbalance, and 10 years ago he published an innovative “law enforcement operations system” known as the Illinois Model that he believes holds the key to decreasing police violence and improving community relations.

In both principle and practice, the Illinois Model represents a revolutionary shift in long-standing assumptions about the goals of policing. Most radically, it turns standard police training models on their head by placing operational tactics near the bottom on its list of priorities.

This contrasts with the “industrial-era thinking” that Hayes says underpins most police training programs today. These teach cops how to identify, engage and neutralize a problem, but offer little guidance on when those steps are necessary or why. The result is a “rapid timeline” approach to law enforcement that incentivizes reckless behavior.

“What we need to do is turn our cops into adaptive and critical thinkers before we make them good shooters,” Hayes said. “Instead what we’re doing is we’re encouraging them to rush in and make poor decisions.”

The goal of the Illinois Model is to change the “operational philosophy” of police departments by replacing “tactical victory” with a new metric for mission success. Officers are taught to adopt a default position of “incident stabilization” — a fluid concept that is represented graphically by a spectrum of potential police responses ranging from least to most aggressive. (A good explanation of the spectrum can be found here.)

Hayes says that while an officer’s position on this spectrum is subject to change as an encounter unfolds, “we need to make sure that we are weighing the consequences of what that change might mean against the goals of respecting due process, avoiding confrontation and reducing harm.”

The “prioritization of life” is the highest benchmark for good policing under the Illinois Model, taking precedence even over the enforcement of laws.

In Hayes’ opinion, blunt force solutions like shifting the legal benchmark by which courts measure justifiable force only validate the notion that a “good” cop is simply one who hasn’t done anything wrong.

“Justifiable force is a legal concept, it’s not supposed to be the benchmark for good policing,” he says. “It’s just the measure of whether a law has been broken. Using such a metric is barely acceptable.”

He accuses departments that frame their officers’ actions using terms like “minimum,” “avoidable,” and “necessary” of practicing “D-minus” policing; he blames even well-meaning police reformers of helping proliferate a “pass-fail” metric for law enforcement.

Since 2006, Hayes estimates he has trained nearly 2,000 police officers from 250 departments in the Illinois Model. He currently conducts training under the auspices of the Virtus Group, a Chicago-based leadership consultancy, and most recently, he was commissioned to create a specially designed course as part of a 65-department initiative for the Northwest Indiana Law Enforcement Academy.

Asked to quantify the program’s success, Hayes acknowledges that hard data is lacking, but says that reviews of police incident reports suggest cops who graduate his program are more sensitive to constitutional issues and more likely to detail in writing justifications for individual actions.

In a theoretical sense, it’s clear to me that Hayes is on to something. In practice, he may be placing too much stock in the ability, or even the willingness, of individual police officers to unravel decades of entrenched culture. He says reactions to his program have been mostly positive, but acknowledges some officers have “dug in their heels” in defense of the status quo. In his writing, Hayes has also expressed overconfidence in the willingness of prosecutors and courts to enforce even existing laws when it comes to police use of force.

That said, if society wants its police officers to be more like guardians than warriors, it needs to stop training them like they’re going into battle every time they exit their vehicle. The Illinois Model provides a tested set of guidelines for doing just that. But it can only succeed as part of more sweeping reforms, some of which will need to be imposed on the policing profession from outside.