Police Learning How Not to Arrest People – Next City

Police Learning How Not to Arrest People 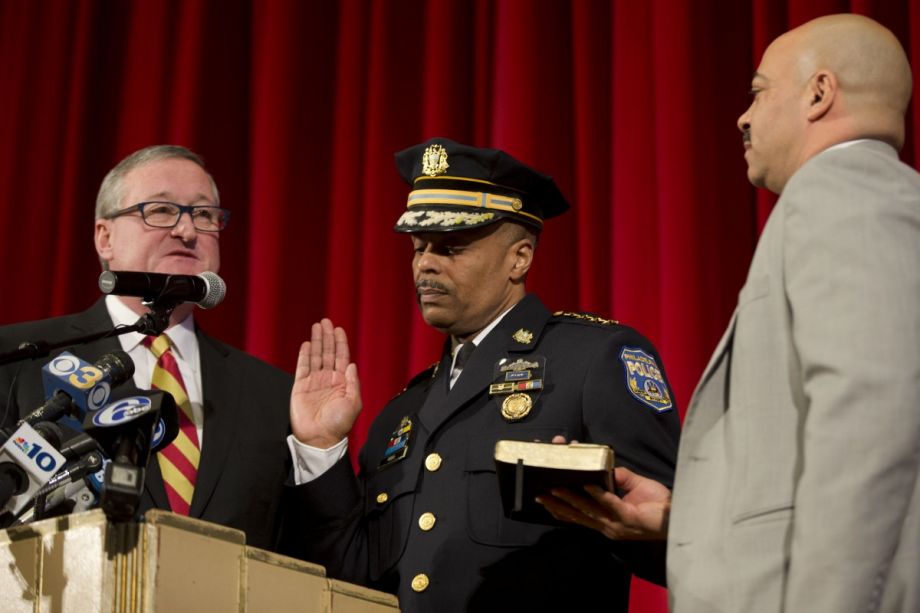 This week, a small fact-finding team from the Philadelphia Police Department arrived in New Mexico on a mission that just a few short years ago would have seemed antithetical to the law enforcement profession: They are there to learn how not to arrest people.

In Santa Fe, the group will observe firsthand an innovative pre-arrest diversion program that targets low-level offenders who would typically wind up in the criminal justice system. Instead of a jail cell, under the Law Enforcement Assisted Diversion (LEAD) initiative individuals arrested for drug offenses and minor property crimes like theft are offered a range of support services that provide life skills, employment opportunities, addiction counseling, housing and educational programs, among other things.

Since the first LEAD program was launched in Seattle in 2011, its early successes (which include a nearly 60 percent decline in recidivism among program participants) have gradually piqued the interests of urban police departments across the nation.

Santa Fe became the second city to adopt LEAD in 2014. It was followed last year by Albany, New York. And by July 2015, the program caught the attention of the Obama administration, which hosted a White House summit on LEAD that drew representatives from 30 jurisdictions, including Philadelphia.

So it wasn’t surprising that when the city of Philadelphia was awarded $3.5 million in funding in April to reform its criminal justice system that pre-arrest diversion would be among the initiatives slated for exploration.

Philadelphia was one of 20 municipalities to receive a grant from the MacArthur Foundation’s Safety and Justice Challenge. The money will be combined with matching funds from the state and city to fuel a $6 million effort over the next two years to reduce the city’s jail population by a third.

According to Captain Francis Healy, an adviser to Police Commissioner Richard Ross, the PPD has identified two high-crime districts that border each other (he declined to name which) for a limited pilot of a LEAD-like program.

“We are still early in the design phase,” Healy says, “but we envision a program that deals with first-time offenders that have committed minor offenses, where instead of being arrested they’ll be transported to a central location where they can be referred to appropriate services.”

“We aren’t looking to reinvent the wheel here,” he says. “We are looking right now for best practices and working hand in hand with the district attorney’s office to determine exactly what charges should be diverted.”

Among the details that still need to be worked out are devising a mechanism for identifying eligible first-time offenders, and determining what if any sanctions may be in place for individuals who opt out or fail to complete the program.

Philadelphia Mayor Jim Kenney came into office in January with a bold platform for criminal justice reform that includes improving police-community relations, addressing racial disparities in incarceration and reducing the strain on the city’s overburdened jail system. And MacArthur Foundation President Julia Stasch said Philadelphia was chosen as a grantee because it “demonstrated the motivation, collaboration and commitment needed to make real change in their local justice systems.”

Indeed, in recent years the city has made great strides in tackling prison overcrowding. In 2009 the number of inmates in Philadelphia’s six correctional facilities peaked at more than 10,000. Today the inmate population is fewer than 7,500; several hundred of those are housed in alternative and special detention settings that include work release.

Experts point to a confluence of factors — including lower crime rates, the increased use of supervised release, and alternative sanctions for technical violations of parole and probation — for contributing to the prisoner decline.

But diversionary programs that involve adjudication mechanisms other than prosecution have played a big role. In recent years the Philadelphia DA’s office has expanded its use of post-arrest diversionary programs, which provide offenders the opportunity to avoid criminal convictions by attending classes and other programs related to their particular needs and infractions.

In 2012, these programs were combined into a new Diversionary Court Unit headed by Assistant District Attorney Derek Riker. According to Riker, more than 40 percent of all misdemeanor defendants now pass through one of his courtrooms, most of them without ever serving a day behind bars.

“The benefit is that we do see a reduction in recidivism and that allows our prosecutors to focus on the most violent offenses,” says Riker, who has seen his caseload decline by half since the court’s launch. “It makes us more efficient as an office and ultimately there is a financial benefit in the majority of these cases because the defendant doesn’t do any jail time and there is less police overtime.”

The largest program in the Diversionary Court Unit — the Accelerated Misdemeanor Program — eliminated 4,880 listed cases from the court calendar last year, saving the city nearly $400,000 in administrative costs alone, according to a report filed in May with City Council.

A newer program called The Choice Is Yours, which offers an alternative to sentencing for first-time felony drug offenders, has an 85 percent graduation rate, Riker says.

But despite these efforts, Philadelphia continues to have the highest rate of incarceration of the 10 largest U.S. cities, with the majority of inmates awaiting trial for crimes for which they have yet to be convicted. Nearly 75 percent of jail inmates are incarcerated for nonviolent offenses such as traffic, property, drug or public order violations, according to the Vera Institute.

The city’s projected prisons budget of $259 million for next year — an increase of $4.4 million over 2016 — demonstrates the enormous resources it takes to feed, house and care for this population.

Meanwhile, Philadelphia’s jails remain over capacity, and the oldest facilities are in such disrepair that some city officials have called them uninhabitable.

For decades Philadelphia has faced an onslaught of civil lawsuits over the conditions of its jails, and as recently as 2011 a federal court ruled that conditions such as housing three inmates in a cell designed for two violates the Constitution.

Back in the 1990s experts described the city’s jail system as “one of the worst in the nation” and “on the verge of collapse.” From 1988 until the mid-1990s a federal cap limited the number of prisoners who could be housed in the system.

At the time, Philadelphia’s courts faced a backlog of more than 12,000 cases, and jails were so overcrowded that in some cases the city was forced to pony up bail itself for inmates who couldn’t afford it. In 1995, the inmate cap was lifted when the city opened the Curran-Fromhold Correctional Facility (CFCF), which remains Philadelphia’s largest jail. The facility boosted the city’s jail capacity by almost 3,000 beds.

Two massive city anti-drug initiatives — one in 1998 and another in 2002 — helped keep those beds full. And it’s universally acknowledged that emptying them must involve a new approach to drug crime.

Kenney demonstrated his commitment to drug reform while still a councilman by sponsoring a law to decriminalize personal possession of small amounts of marijuana. The move has eliminated 4,000 arrests a year by making possession of up to an ounce of pot a summary offense punishable by a $25 fine.

Healy says that in addition to the two-district LEAD pilot, the police department will also expand the use of civil code violations for offenses like public drinking that can still carry arrest. Julie Wertheimer of the Managing Director’s Office says her staff is working with City Council to enact the necessary statutory changes. She says her office is also in daily discussion with community partners to establish a working network of programs for the LEAD trials.

“This is a collaborative effort, and it’s being worked on citywide,” she says. “To see this many people working together toward one goal is encouraging.”

Healy, who was unable to join his colleagues this week in Santa Fe, is looking forward to their report from the field. But he says it will still be at least six months before the changes hit district level.

“’Reduce crime’ doesn’t mean locking everyone up. We want to make sure that we are putting the right people in jail [and] improve community relations in these hard-pressed areas,” Healy says.

He acknowledges this message will take “a lot more heavy lifting” to resonate on the street where it counts.

“We are all on board this in theory [but] it’s going to be a cultural change for both the officers and the community,” he says. “I think that once we get the message out that we are not arresting people but helping them, then I think there is going to be real synergy.”