8 Ways American Policing Could Change This Year – Next City 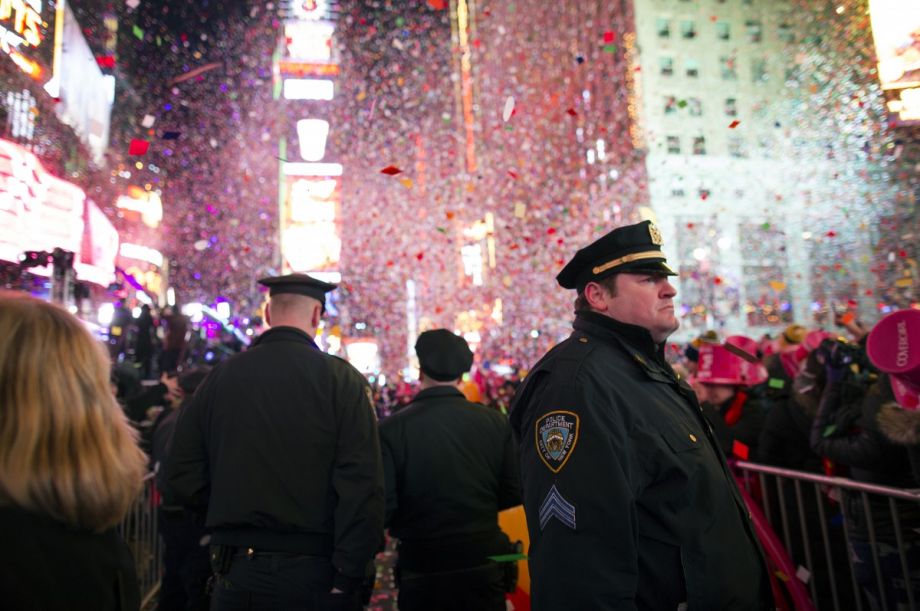 In 2014, a succession of high-profile officer-involved shootings, a backlash of angry protests and a seeming lack of accountability for police officers accused of wrongdoing focused the nation’s attention on the need to improve U.S. law enforcement.

In practical terms that means making police more effective at fighting crime, more discerning about the types of crimes they choose to focus on, and more responsive to the people they are sworn to protect. Beginning in 2013 and continuing last year, a number of municipalities began experimenting with new strategies and tactics designed to do all three.

Some of these innovations rely on next-generation technology, while others are driven by new approaches to police leadership, recruitment and crime-fighting. All hold promise. But most remain untested on a large scale. Many lack uniformity in the way they are deployed, and a few have been criticized for their potential impact on civil liberties.

Here are eight you can expect to hear more about this year.

As I reported in August, more than 95 percent of police agencies now use social media. Most rely on sites like Facebook, Twitter and YouTube to help drive investigations, either by trolling for clues or soliciting tips from the public. The tactic has been incredibly effective in some instances.

More recently, departments have been turning their social media strategies outward to help recruit officers, enhance the police brand and strengthen their community policing efforts. This hasn’t always worked as planned, but police agencies are rapidly ascending the learning curve, as successful social media initiatives in the cities of Fort Worth, Texas, Alhambra, California, and Monroe, Louisiana, attest.

Thanks to rapid advances in computing power, declining storage prices and the aggressive marketing efforts of software providers, more police departments are now experimenting with so-called “predictive policing” platforms to hone their crime-fighting efforts. Although all rely on analytics to draw actionable intelligence from large data sets, individual approaches vary greatly and no single set of best practices has yet emerged.

While closed-circuit television (CCTV) cameras have zeroed in on public spaces for decades, police have recently begun training their lenses (in conjunction with technologies like gunshot detection systems) on neighborhoods where they believe crime is most likely to occur. Invariably this means low-income communities and communities of color. Over the summer, Vice News reporter Vikram Gandhi traveled to Camden, New Jersey, where police have deployed cameras in high-crime neighborhoods in the hopes that their presence will help disincentivize would-be criminals. In a chilling postscript, Gandhi described emerging X-ray and infrared monitoring solutions that can perform a “virtual stop-and-frisk.”

Elsewhere, law enforcement agencies have been experimenting with cutting-edge, aerial “eye in the sky” photography that can “track every vehicle and person across an area the size of a small city, for several hours at a time.” Critics say that while these technologies are potentially effective, they come at an unjustifiably high cost to civil liberties.

Facial recognition technology operates at the nexus of CCTV and analytics by rapidly scanning thousands of images for real-time comparison against a criminal database. Law enforcement agencies around the country have been quietly testing the technology.

Facial recognition represents an uncharted, largely unregulated new frontier in policing, and it is about to be greatly expanded. In September, the Federal Bureau of Investigation unveiled its Next Generation Identification system — a massive searchable biometric database that is expected to house more than 50 million photographs (including an extensive array of non-criminal imagery) by the end of this year. While the agency said it will not include photos gathered from social media sites, there is currently no legal framework preventing them from doing so.

Perhaps no single policing innovation received more attention in 2014 than body-worn cameras. Conflicting accounts of the fatal August shooting of Mike Brown by police in Ferguson, Missouri, led to calls for their expanded use, and the Obama administration recently earmarked $263 million for 50,000 new cameras and training for officers on how to use them. Los Angeles broke ground in December by announcing it would become the first major city to implement a widespread body camera policy.

A new, first-of-its-kind study shows that the presence of a camera reduces police use-of-force by nearly 60 percent, and has an even greater impact on citizen aggression. This is promising, but as I reported last year, deploying millions of new surveillance cameras into the public space comes with big risks.

According to the Police Executive Research Forum’s “Future Trends in Policing” report, several cities are hoping to improve police efficiency by modifying how officers respond to minor crime, how fast they respond and, in some cases, if they respond at all. For instance, in San Jose, California, police are no longer responding to triggered burglar alarms without secondary verification of a crime in progress. In Camden, New Jersey, officers have stopped responding in person to minor property crimes unless the crime is in progress. Instead they direct victims of minor crimes like theft and property damage to an online form. Proponents say these policies free officers to engage in more proactive community policing. More than 80 percent of agencies polled by PERF report asking some victims of crime to fill out reports online.

Some forward-thinking commanders say reform requires new ways of hiring, training, managing and promoting police. This is partially an appeal to a new generation of officer who doesn’t respond well to chain-of-command style bureaucracy, and values autonomy, direct communication and specialization over “traditional generalist policing.” The goal, according to one U.S. Secret Service commander, is to elicit valuable buy-in from increasingly educated officer ranks.

On the training side, officers are being given more tools to avoid potentially fatal interactions with suspects. Washington State recently demilitarized its police training program to emphasize open dialogue between staff and cadets, and in Chicago more than 8,000 officers have passed through a new curriculum designed to teach conflict resolution and empathy. PERF found that 61 percent of police agencies will experiment with organizational structures over the next two to five years.

For more than a decade the federal government has been laying the groundwork for transitioning the nation’s emergency services communication infrastructure to an all IP-based system that promises to improve response time and dispatch efficiency. So-called Next-Generation 911 (NG911) leverages new capabilities in smartphones and other IP-based devices — including geo-locating, text- and photo-based crime reporting, and enhanced features for the disabled.

A National Plan for Migrating to IP-Enabled 9-1-1 Systems was formalized in 2009, and in 2011 the FCC issued a five-point plan for implementation. But the transition has been slow going. In 2013 Alabama broke ground with one of the first statewide IP-based routing systems, and last year a handful of states — including Kansas, North Dakota and Connecticut began or completed NG911 pilots.