Police Killings Could Be Easier to Prosecute under Washington Law 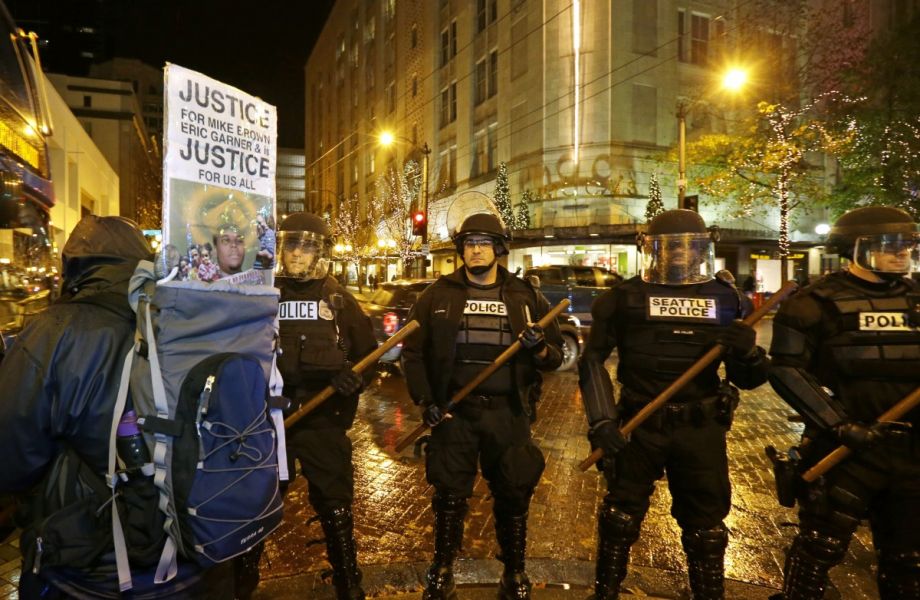 A measure that could overhaul Washington state’s controversial law on police shootings will go before voters, the state Supreme Court has ruled.

I-940 would make it easier to prosecute police who use deadly force, King 5 News reports.

Similar to provisions in many other cities and states, Washington law says that officers can’t be charged if they acted in good faith and without “evil intent,” when using deadly force.

Demonstrating malice “makes it so that it’s nearly impossible to charge a law-enforcement officer who wrongfully kills or injures someone in the line of duty,” the Seattle PI recently reported. I-940 would change the law’s language so that instead of evil intent, courts would look at “what a reasonable officer” might do, according to the PI. The measure would also mandate more training in de-escalation methods.

Earlier this year, the state legislature tried to pass I-940 with a compromise amendment giving more oversight to law enforcement agencies and stakeholders. A County Superior Court judge found that move unconstitutional, ad ordered that the original I-940 be placed on the November ballot. After an appeal from the state Attorney General’s office, the Supreme Court sided with the county judge.

The campaign behind I-940, De-Escalate Washington, turned in 360,000 signatures last December. Its leaders include black police union and tribal council members and the relatives of people killed by police in Seattle, Tacoma and Burien, among other Washington cities.

Andre Taylor is one of the organization’s chairs. His brother Che Taylor was fatally shot by Seattle officers in 2016.

“We can’t allow a situation where somebody has a feeling, or a subjective feeling, of threat and that justifies killing somebody,” Taylor told KUOW last year. “We have a real problem in our law that probably encourages bad behavior. Right now when an officer says, ‘I feel threatened’ or ‘I feared for my life,’ that’s all he needs to say. The circumstances of the case don’t come into place.”

As Next City has covered, the Seattle Police Department has a history of excessive use of force — a 2011 federal civil rights investigation even led to increased federal oversight. SPD officers have also come under fire for public displays of racism.

Nationwide, two things caused police killings to spike in the 1990s after a precipitous drop throughout the ‘70s and ‘80s. First, big city homicide rates went up, causing many agencies to switch from revolvers to semi-automatic pistols. Second, the Supreme Court ruled that officers could justify their gun-fire if they reasonably believed a life was in danger.

But de-escalation has been proven to work, as examples from Washington, D.C., New York City, and Camden, New Jersey bear out. In Washington state, voters will now get a say in how police officers are charged.