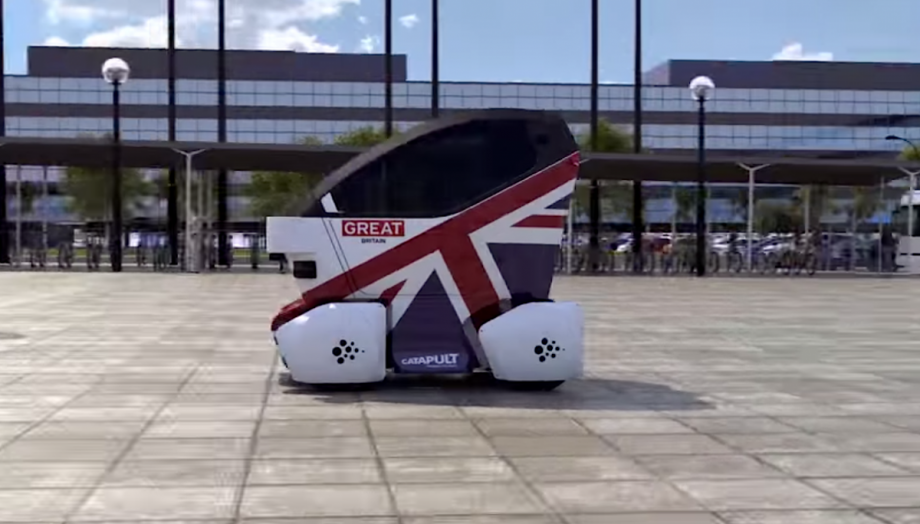 Milton Keynes Opts for Pod Cars Over Rails
At its birth in 1967, the English “new town” of Milton Keynes was designed to be a city of 250,000 when fully built out. Its population is now just shy of that figure, and borough officials have been weighing how best to move those 248,000 residents around.

Two related announcements reveal that the borough intends to stay true to its futuristic heritage by adopting a new form of transport over two time-tested ones.

The MKweb news site reported March 30th that the Milton Keynes Council has ruled out building a tram or monorail system to serve the city after a resident of the borough’s Hodge Lea district sent the site a map showing possible tram or monorail stations. A council spokesperson said that a tram or monorail “would need to be heavily funded from the private sector and even with large passenger numbers it would not generate enough income to justify it.”

The spokesperson went on to say that adding rail transit to the already-built-out city would cause “significant disruption” and “change the look and feel of the city.” Furthermore, “the new driverless pods provide a Personalised Transport System anyway for the city centre further reducing the need for a monorail or tram service.”

The “driverless pods” are self-driving electric minicars developed by the British Transport Systems Catapult. Officially unveiled in mid-February at a demonstration in Greenwich, the two-seat “LUTZ Pathfinder” podcars are designed to operate in pedestrian environments such as Milton Keynes’ “redway” network of bike and pedestrian paths. The Pathfinders will enter service as an “urban laboratory” test project in partnership with the Milton Keynes Council later this year. The demonstration project will also allow the British government to determine how driverless cars should be regulated, according to an announcement on the Catapult web site.

Proposal to Close L.A. Freeway Gap Continues to Generate Heat
The latest proposal to close the last major gap in Los Angeles’ freeway network, a segment of the Long Beach Freeway (Interstate 710) between South Pasadena and Alhambra, is proving every bit as controversial as the previous ones.

CBS Los Angeles reports that local officials who spoke at a forum at California State University-Los Angeles March 30th divided sharply over the latest recommendation of an environmental impact report, which calls for a highway tunnel to close the gap.

South Pasadena Council member Michael Cacciotti, who opposes the tunnel, said that a light-rail line would deliver greater benefits for the estimated $3 billion to $6 billion the tunnel will cost to build: “With the same amount of money, you can build, essentially, a massive system, and there’s many more benefits from a light-rail system.”

Alhambra Council Member Barbara Messina disagreed, saying that the tunnel “is the only alternative that makes sense, and it solves all of the problems that the environmental impact report has to address, (such as) mobility, air quality and congestion. The other alternatives do not meet those needs.”

The environmental impact report considered five alternatives for the corridor, including transportation systems management, bus and rail lines, and no construction. If the tunnel is given the green light, construction will take five years to complete. Additional debates on the report are scheduled for next month.

Architect Chosen for Jeddah Transit Projects
The Saudi Arabian government’s plans to add modern rail rapid transit to its largest cities continues on its fast pace. The latest development, according to a report in Railway Gazette International, is the selection of a world-renowned architect to design public transport facilities for Jeddah, the country’s second-largest city.

Foster + Partners will develop the architectural vision for the city’s transport network, which will include metro, ferry, bus and bicycle networks along with public spaces and “nodes for development.” The 45-billion-riyal ($11.996 billion U.S.) plan has as a goal to increase the percentage of Jeddah’s population living within a 10-minute walk of a transport node from 12 to 50 percent through strategic planning and denser development.

Foster + Partners will focus on the planned three-route metro system, including design of stations, trains and branding for the system. But the firm says its work will focus on long-term sustainability that “anticipates growth centuries from now.”