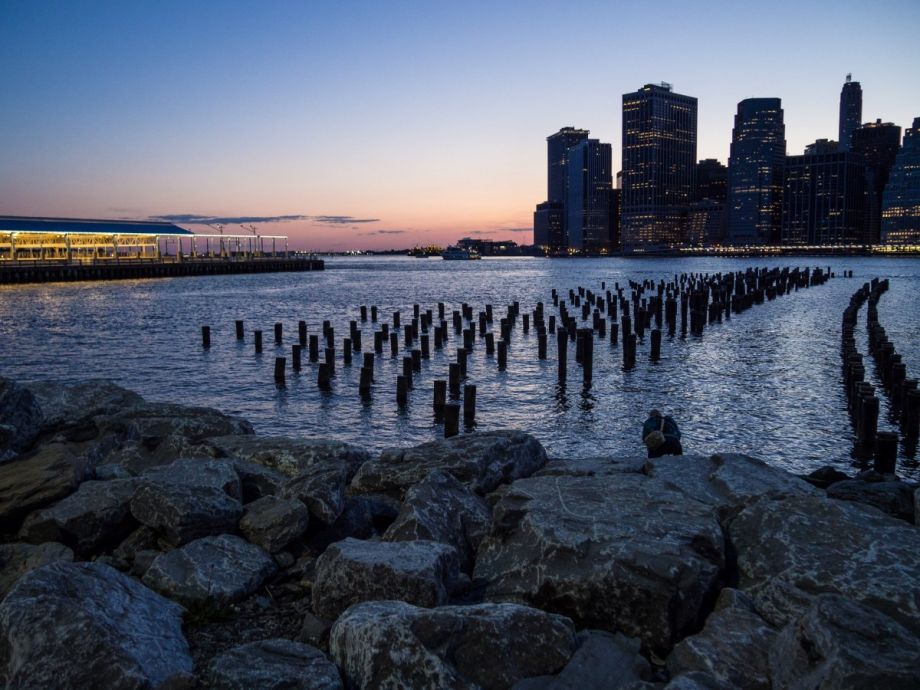 The east side of Lower Manhattan, seen here from Brooklyn, could be expanded into the East River by as much as 500 feet. Photo credit: Don DeBold via Flickr

New York City is one step closer to expanding a 1.3-mile stretch of Lower Manhattan up to 500 feet into the East River in the coming decades.

The proposal, originally conceptualized as Seaport City by the Bloomberg administration, is the subject of the Southern Manhattan Coastal Protection Study: Evaluating the Feasibility of a Multi-Purpose Levee, released last month. The massive project, which would complement a protective berm being built on the Lower East Side, is “technically, legally and financially feasible,” according to the document’s authors.

The expansion would protect Lower Manhattan from storm surges like the one caused by Hurricane Sandy by raising the shoreline to 19 feet above sea level. “If we don’t make something like this happen, we are totally exposed to the risk of climate change,” said Dan Zarrilli, director of New York City’s Office of Recovery and Resiliency.

A secondary benefit would be the residential and commercial development that the expansion would enable, which could help offset construction costs that would reach into the billions of dollars, and even generate revenue to fund additional resiliency programs.

In planning parlance a flood-protection device that incorporates active uses is known as a multi-purpose levee. It’s considered a global best practice with successful examples at work in the Netherlands, Singapore and Japan. (Next City recently reported on an enormous super-levee that will soon protect Tokyo from flooding while creating much-needed new housing in the densely packed city.) The idea was first floated for Manhattan in the 2013 report A Stronger, More Resilient New York as one of 257 initiatives aimed at protecting the city against extreme weather events.

According to the report, all of these scenarios would provide significant flood protection, though the shoreline expansion scenarios would provide the most security. Of the batch, only the 500-foot expansion would generate enough money to fund its construction, plus an additional $700 million to pay for other resiliency programs. Projected timelines vary from one to five years for the shoreline flood wall to 35 years for the shoreline expansion projects, though interim protection measures could be in place long before the project is complete.

According to Zarrilli, the city has already started presenting the study to local community boards and will continue to do so in the coming months.

When asked how likely the project was to happen, he said, “We’re putting big, bold ideas out there because traditional solutions are going to prove ineffective. This is a feasible way to protect the city. Of course, we need to take the right next steps. We need to talk with communities and local stakeholders. They need to play an important role, and we need to do more analysis and review.”