Place-Based Grants Will Investigate How to Diversify NYC Tech 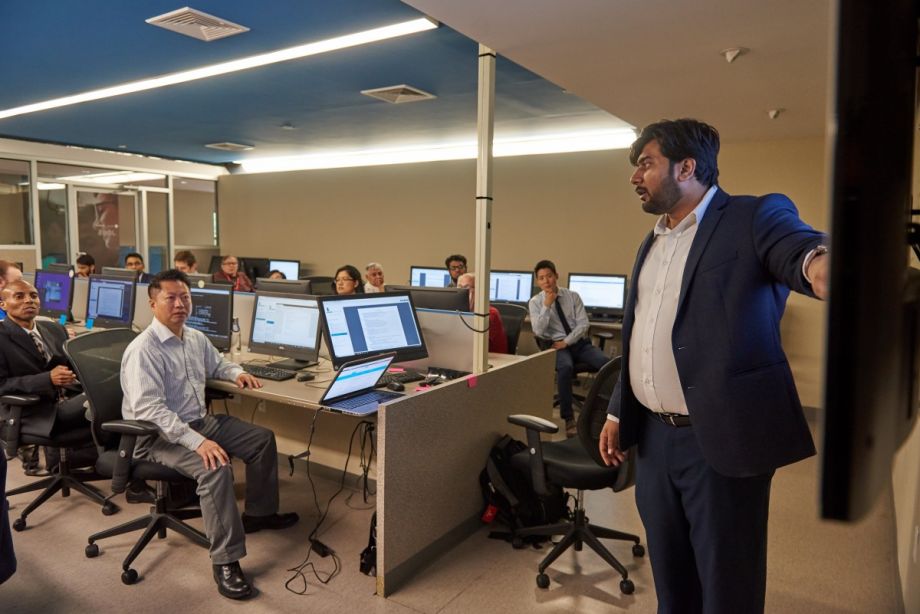 Per Scholas is one of seven entities that have received a microgrant from the New York City Economic Development Corporation to study how to expand its offerings to more New Yorkers. (Photo courtesy Per Scholas)

In 1983, Opportunities for a Better Tomorrow was founded out of a Sunset Park, Brooklyn storefront to serve out-of-school and unemployed young people. The waterfront neighborhood had been a booming industrial hub in the mid-20th century, but by the 1980s, many of its factories had begun to close.

36 years later, that once-deserted waterfront has become a hub for technology, tech manufacturing and startup companies. With jobs available in these emerging fields, Opportunities for a Better Tomorrow — still headquartered in Sunset Park and still focused on youth employment — faces a new task: “to make these jobs visible for those who live in Sunset Park and the rest of Brooklyn, when there’s still attention and resources needed to connect people to higher-paying jobs,” says Liliana Polo-McKenna, chief executive officer.

New York City Economic Development Corporation (NYCEDC), a public agency focused on economic growth, is taking the first step into understanding what those resources will look like as the tech industry grows dramatically across the city.

The agency has awarded microgrants, which total $550,000, to seven ventures specializing in workforce development. The funding will support an array of research into tools for the city to amplify its training and hiring of underrepresented New Yorkers in tech.

“We wanted a representative set of community-based organizations, advanced training providers and the higher ed system,” Kelly Gu, assistant vice president of strategy for NYCEDC, says of the recipients. “We wanted to make sure we were covering as many different segments of the population as possible.”

While one grant is going primarily to the Research Foundation of the City University of New York, a nonprofit arm of the city university system that helps fund research, the other six recipients are partnerships. Opportunities for a Better Tomorrow, for example, will work with the economic development consulting firm Perch Advisors to conduct research in Sunset Park to identify programming needed to connect residents to jobs like those on the waterfront.

Given the diversity of Sunset Park, home to a number of immigrant communities, the research will identify the right paths to these new jobs and ask that businesses play an active role in those efforts.

Per Scholas, a national IT training nonprofit headquartered in the Bronx, is teaming up with The Door, a youth development organization in Manhattan, as well as General Assembly and the NYC Employment and Training Coalition. Per Scholas has already worked with The Door and General Assembly on developing multiple “bridge programs” for youth who want to enter the tech sector but do not test at a 10th grade level, a requirement for Per Scholas’ programs.

The five-week TechBridge program, developed with The Door, teaches subjects like math and literacy, exposes students to tech skills and helps them address issues outside the classroom. In five years, over 100 students have participated, with 85 percent matriculating into Per Scholas, according to Kelly Richardson, Managing Director, Newark and New York.

The NYCEDC grant will support analysis of current bridge programming and building a playbook for how future ones can be built. “The idea is also to inform, for EDC, if you were to make a sizeable public investment in this, what are the things to be looking for to drive scale and programming,” says Richardson.

Sunil Narayan, Urbane’s director of operations and business development, explains the questions the group has going into its research. “What are community-based solutions that exist at a grassroots level, what types of jobs and wages are available in marginalized groups looking to enter the workforce, what are the perceptions residents themselves may have in respect to tech? How can we help demystify this space?” he asks.

The City University of New York is receiving one dedicated grant and is part of two partnerships: one with the New York Public Library system, the other between LaGuardia Community College, national nonprofit Jobs for the Future and consulting firm HR&A Advisors. Funding will support research into the university system’s most effective applied learning programs.

Grant receipts will carry out research for four months before they present their findings to the NYCEDC. The findings are expected to be released this fall.

Research is likely to inform city investment in training programs, workforce development and outreach, with a goal of more diverse hiring in emerging industries. “There’s a big opportunity to change the paradigm for needing a four-year degree to enter the tech field,” says Gu.