Use Your Camera Like a City Planning Tool – Next City 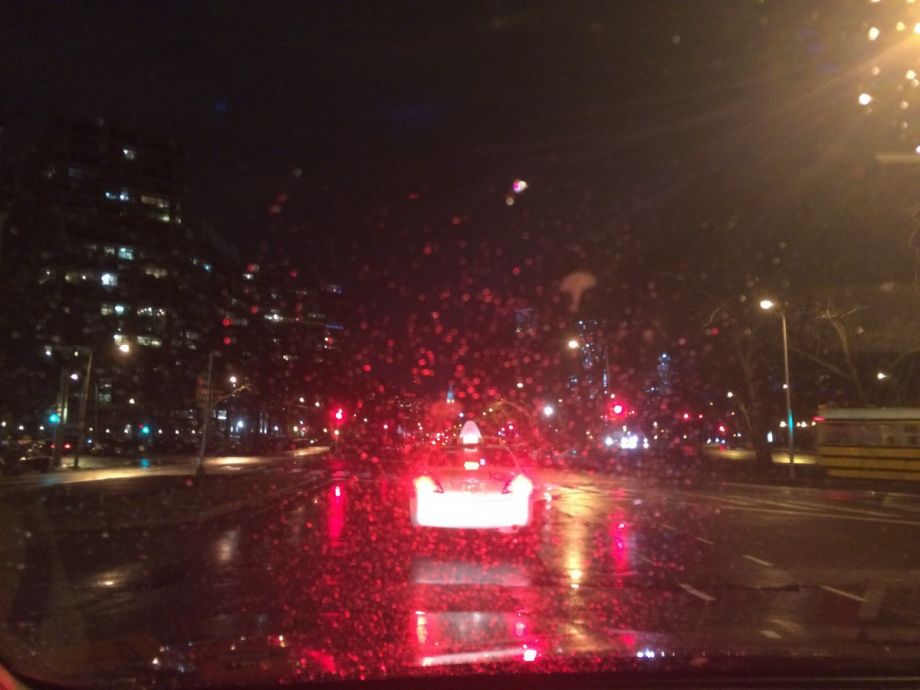 (All photos by Jen Kinney)

Look around your city. No, really look. Whether you’re in one of the few urban areas losing population or a city that’s growing, where you live is changing: more development, more active transportation, more jobs, or less migration, fewer jobs, more empty lots. All of this can lead to knee-jerk reactions about what’s good or bad for our cities, and the polarization of people with shared interests into YIMBYs and NIMBYs.

In his new book, “Seeing the Better City: How to Explore, Observe, and Improve Urban Space,” author, photographer and land use lawyer Chuck Wolfe argues that we might have more nuanced reactions to urban change if we’d all just slow down and take a closer look.

“A lot of this book was inspired by my critical experience over time in the trenches as a lawyer, watching how people respond to land use issues,” he says, particularly in his fast-changing hometown of Seattle.

There, he’s seen conversations about development devolve unnecessarily into battles between opposing camps. When The Seattle Times published a leaked draft of the city’s Housing Affordability and Livability Agenda in 2015, for example, and journalist Danny Westneat wrote that the city was going to push for more multifamily housing in traditionally single-family neighborhoods, readers interpreted that possibility as a threat to the very fabric of the city. Such a furor was raised that the city ended up having to backtrack on that part of the plan. Despite Seattle’s housing crisis, single-family zoning was spared.

But, Wolfe notes, a closer look at Seattle’s single-family neighborhoods would have shown that in fact many already had some duplexes and triplexes. “If they had perhaps gone out and deconstructed what they were responding to, all sides of the conversation could create more of a common baseline to the conversation at hand,” he says.

Wolfe’s preferred tool for deconstruction is the camera. In Seattle and the other cities he has visited and lived in, Wolfe uses photography to explore how we inhabit urban space and how that space has been shaped over time. “Seeing the Better City” is generously illustrated with his images, but again and again Wolfe emphasizes that it is the process of making our own images that helps us think about cities differently — not looking at the images of others, not reading studies, not looking at renderings.

Thus, he makes a case for the urban diary, an approach anyone can take to see their city anew. For Wolfe, a camera is the best tool for that observation, but he suggests readers might use writing, sketches, audio, tweets or any number of tools for purposeful looking. City planning still relies on an elite vocabulary not everyone can parse. But everyone can make observations about their surroundings.

After our conversation this week, I decided to give Wolfe’s suggestions a try. The idea is to start with pure observation and work toward analysis. Wolfe goes out of his way not to be overly prescriptive, but he makes some suggestions: Focus on one element of the cityscape, like the use of color, the role of nature, or the treatment of corners and setbacks.

I focused on light. I was driving through Philadelphia on a rainy night to see a movie on the south side of the city when I turned a corner and the illuminated art museum came into view. Wolfe’s suggestions popped into mind. I saw the red taillights of the taxi in front of me reflected on the wet pavement, and they led me to the red traffic lights strung out along the thoroughfare all the way to the glowing statue of William Penn atop City Hall. Once I was looking, I saw it everywhere. On the highway, the blue wave of the Benjamin Franklin Bridge crossing the Delaware River into New Jersey, the Hilton Hotel on the horizon lit in bars of red, white and blue, the tall ships outlined in fairy lights and beside them, an apartment building over a pier lit as though trying to disguise itself as a ship too.

Since I was driving, I couldn’t safely take photos or notes, but I made mental snapshots (and a few real snaps at stoplights, sorry, and more once I got home). I don’t normally drive in the city, and feel terribly guilty when I do, so my urban diary also became an exercise in the kind of nuanced observation Wolfe promotes. I’ll admit to often writing off urban highways and their legacy of destruction, but on this night observing the pools and cones of lights on the wet pavement helped me pay attention to the subtleties of the vehicular landscape, the markers that tell me I’m moving in the right direction, the secondary land uses that this infrastructure has created. The movie theater parking, it turned out, was below an elevated stretch of highway.

Not sugarcoating our urban diaries is one of Wolfe’s crucial suggestions. On a whole, Wolfe cautions against unduly negative or nostalgic readings of urban change, but he says, “Sometimes in order to see the better city, we do need to see the worse city and understand it.” At the same time, he reminds urban diarists to be aware of the overly designed, “see this, sense that” landscapes — like photo vantage points — where planners are consciously trying to coax visitors into specific reactions to urban space. The idea is for the diarist to appreciate nuance — and recognize their own bias.

“Things aren’t as simple as these absolutes we argue about,” says Wolfe. Community-engaged design efforts have tried to bring residents’ lived experiences into the planning process, but Wolfe says often design charrettes are “still infused with some value judgments about an optimal form of development” and don’t allow space for people’s more organic observations. He doesn’t care where people end up on the pro- or anti-development spectrum. He just wants them to be able to articulate why they think they’re right. He thinks the urban diary can capture, as Luc Sante wrote, “everything too subjective for professionals to credit.”

I didn’t come to any conclusions after my urban diary experiment. I just paid attention to light and cars and how those factors shaped my experience of moving through the city. But I did notice myself making unexpected connections, and that’s exactly why Wolfe thinks cities should adopt more open-ended processes for receiving citizen feedback. Many already have. As part of a “Photo Friday” citizen engagement effort during Seattle’s waterfront redevelopment, a resident submitted a photo of Cambodian immigrants fishing off the piers. The practice was technically illegal, and the redesign threatened to make it impossible, but the photo inspired planners to make changes that would allow fishing to continue.

So the next time you’re lobbying your city to build a new park or address vacant lots or tear down an urban highway, consider including photographs of how your neighborhood looks now, good and bad. Before you’ve taken that kind of inventory yourself, avoid making assumptions about what the better city should be. As Wolfe writes, “This hypothetical ‘city many want’ is an empty proposition without an image of what such a city might look like.”