Phoenix Weaving Together New Local Food System Amid a Pandemic 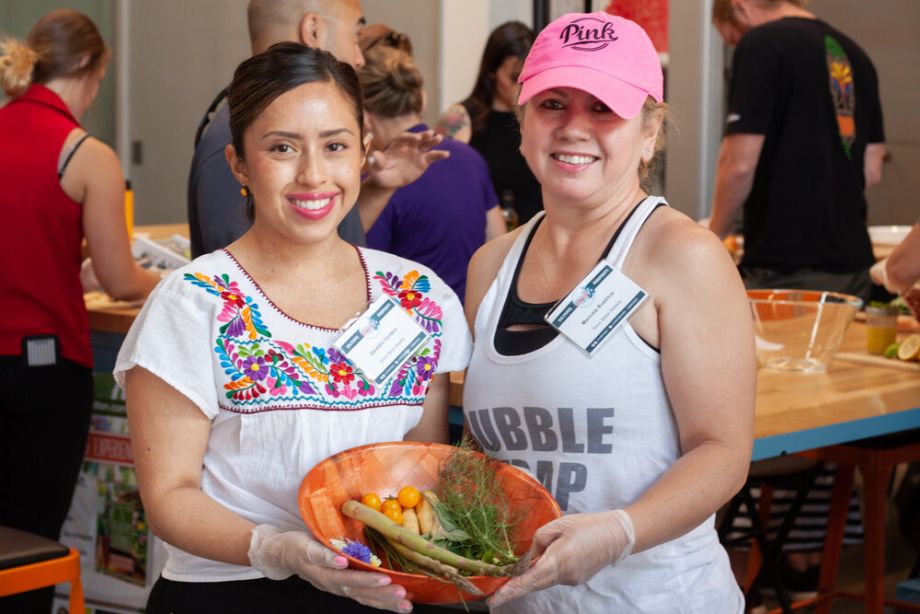 Kimber Lanning was worried about melons. A farmer in south Phoenix was telling her over the phone about the thousand pounds of melons on the verge of over-ripening on their farm. The next day it could be a different farmer with cucumbers or tomatoes at risk of spoiling. There are 17 fruit and vegetable farms in Phoenix, and more in the surrounding suburbs, listed on Good Food Finder, a statewide online local foods hub run by the Local First Arizona Foundation, where Lanning is executive director.

It may be too late to save the melons, but as for the rest, the Local First Arizona Foundation is gearing up to put a new plan in motion. Using federal funding from the CARES Act, the city will distribute healthy meals for pandemic response efforts produced by local growers, local restaurants and local caterers. While it was no heavy lift to find local growers and others to move produce, prepare and deliver meals, it required some extra work inside city hall to minimize the red tape typically associated with federal dollars.

“Looking at federal guidelines, we would have had to have farmers submit three years of tax returns and huge forms and other reporting requirements,” says Lanning. “I said we can’t do it that way, so what can we do?”

The resulting initiative won’t be massive, with just $500,000 from the CARES Act to procure fruits and vegetables from local farmers, pay restaurants or caterers up to $10 per meal, and also pay two local groups to make pickups and deliveries as part of the new emergency supply chain. But Lanning wants to use the opportunity to create new connections between local farmers and local restaurants that will last far beyond the pandemic.

Congress continues to debate whether to extend key parts of the CARES Act, like Pandemic Unemployment Assistance — the extra $600 per week that has prevented 12 million people from falling into poverty because of COVID-19. But other parts of the act remain largely unspent, like the extra $5 billion in Community Development Block Grants or the $150 billion in aid to state and local governments allocated by the legislation.

In briefings over the past few weeks, state and local officials have expressed continuing uncertainty with what might count as eligible expenses that the $150 billion can cover. The CARES Act says it’s for responses to COVID-19, but many have expressed a need for more clarity as to what might be considered a response or not. State and local governments don’t want to have to foot the bill if they can’t get reimbursed for expenses they thought might be eligible.

Meanwhile, efforts like this one to meet emergency food needs through local economies are happening organically in many cities, but they’re largely funded locally, if at all.

“There’s such a heightened sense of urgency, I think it’s unconscionable for cities to sit on that money,” says Lanning. “Start having conversations immediately with other people out in the field doing the work. People are hungry and businesses are failing.”

But in Phoenix, the city also realized that, within what is clearly a pandemic response effort like food aid, the CARES Act actually gives a little more leeway than usual.

“I think what helped us is the CARES Act has a little more flexibility built into it than typical federal funds,” says Rosanne Albright, the point person for food systems in Phoenix’s Office of Environmental Programs.

Phoenix city council allocated about $5 million in CARES Act dollars for food relief efforts, and most of that went to the usual suspects, such as food banks. Albright pushed to use a slice of that funding to support more outside the box efforts.

“But we still recognized the need for enough of a paper trail that we could get back to the federal government and city council to say this is how the money was spent,” Albright says.

In discussions with Lanning, Albright worked out a process to use receipts and photos of goods being farmed, prepared, and delivered as documentation.

“We don’t want to bog down grantees with tons of paperwork,” says Albright. “Many of these farmers and restaurateurs haven’t submitted that kind of paperwork in their lives.”

Albright ran the proposed process by the city finance department and legal teams before presenting to city council. She also says the mayor and four council members were also working with her on food systems issues before the pandemic, so they understood how these funds could help in the long run. When the final vote to approve came up on May 14, city council voted 8-2 to give Albright $1,700,000, more than three times what she originally requested.

With approval to move forward, Local First Arizona Foundation put out a request for proposals from farmers and CSAs, restaurants and catering companies who could commit to using at least three locally produced items in meal preparation, and potential delivery sites.

Lanning anticipates spreading meal production across 30-50 local restaurants and caterers, helping to keep some of their staff employed while dine-in services remain shut down. To move the goods from farms to meal prep sites to meal delivery sites, Lanning brought in two other local groups, one that would normally be picking up unused food from restaurants for redistribution and another group equipped with refrigerated buses that typically distribute fresh fruits and vegetables to food deserts.

The timing could have been better, though. Each meal has to have at least three ingredients sourced from farmers in Phoenix, and summer months are particularly lean times in the “Valley of the Sun.” Just in case, they can make an exception and have the local restaurants use suppliers they would normally use during the lean summer months.

“We’re going to have two or three weeks in the middle of this when there’s going to be nothing coming out of the ground,” says Lanning.

Editor’s note: We’ve corrected the details on the vote to fund the Local First Arizona project.