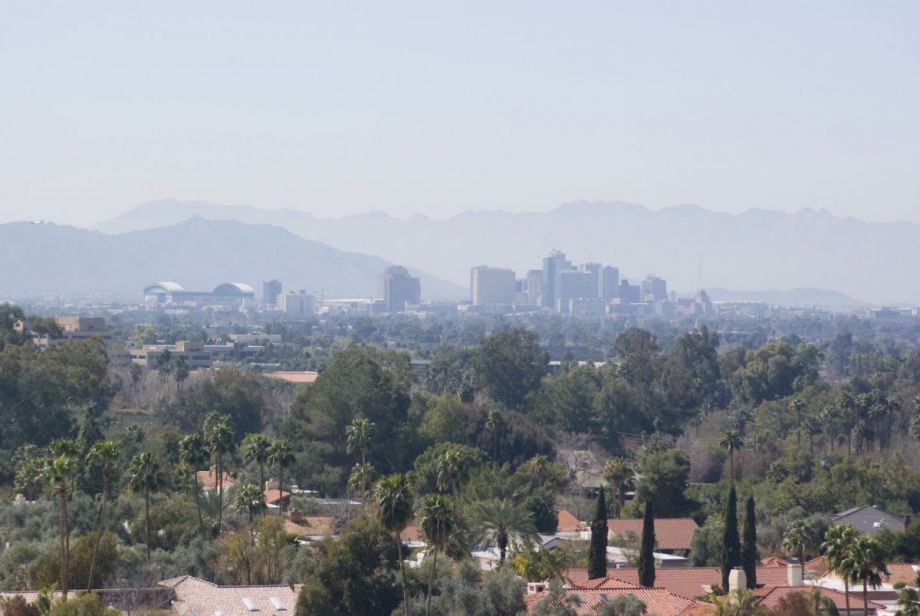 The Phoenix City Council this week voted 6-3 to amend its street renaming policy — a move targeting throughways with offensive or racially charged titles. Previously, council would have needed the support of at least 75 percent of property owners to change the names of Squaw Peak Drive or Robert E Lee Street, both in Phoenix. Now, they can rename streets without that support.

The amended policy states that the council can change street names when those names might be deemed “offensive or derogatory based on race, color, religion, sex, national origin, age, genetic information, marital status, sexual orientation, gender identity or expression, or disability,” the Arizona Republic reports.

Local African-American leaders have been petitioning the city to change the name of Robert E Lee Street, and in January, female leaders of several Native American organizations wrote a letter to council urging it to change Squaw Peak Drive, according to the paper.

“Whatever the origins of this word, it has come to represent a time and mindset when speaking in a pejorative sense about American Indian women was acceptable,” they wrote. “We no longer live in that time. Words matter. Names matter.”

Mayor Greg Stanton has been pushing the policy change, but his efforts have faced opposition from property owners on both streets, who have voiced concerns about the costs associated with updating their addresses on their driver’s licenses, bank accounts and other legal documents. City officials have countered that costs are estimated to be “minimal” — replacing an Arizona driver’s license costs $12 and reordering checks costs between $9 and $19, according to the Arizona Republic. The city has said residents won’t be required to get a new driver’s license, and banks let customers use checks with old street addresses. Businesses, however, could be harder hit, between bank accounts, letterhead, business cards, advertisements, phone book listings and permits. Some property owners also claim the names carry a sense of nostalgia or history.

“Every street in the city of Phoenix belongs to the residents of the city, not just individuals who may live on those streets,” he said, according to the Arizona Republic.

Efforts to remove racially charged flags and white supremacist monuments have been underway in New Orleans, Memphis, Dearborn, Michigan and Mobile, Alabama, among other cities, over the last few years. Such efforts, particularly around the Confederate flag, have gained prominence in the South since the Charleston shooting, which left nine black worshippers dead in a historical African-American church. They’ve drawn attention to the white supremacist policies espoused by many prominent leaders memorialized in bronze or stone, like Orville Hubbard in Michigan, who once said that “there used to be a saying in Dearborn — Hitler, Hague and Hubbard. But Hitler and Hague are gone. I’m the only one left.” But they’re sometimes met with resistance, even from unlikely corners, when they don’t appear to follow due process.

In New Orleans, Mayor Mitch Landrieu’s quiet attempts to remove a statue of Jefferson Davis were opposed not just by pro-Confederate protestors but also by the people of color-led advocacy group that had petitioned for its removal. In May, Next City’s Jen Kinney wrote, “the city is using private funds funneled through a nonprofit entity not subject to the same public bidding process or transparency laws as a public agency. According to the New Orleans Advocate, over $600,000 has been donated to the Foundation for Louisiana for the removal work, and the nonprofit has an agreement with the city to use those donations to work with contractors and pay all removal costs.”

That secrecy was, according to Landrieu, intended to protect the workers contracted for removal, who had received death threats. But the quietness of the events was also criticized by Michael “Quess?” Moore, co-founder of Take Em Down NOLA.

“You clearly don’t want to follow through even on the fullness of what this symbolizes and represents,” he told Kinney. “If it symbolizes and represents, what we want, the complete undoing and healing of white supremacy, and the healing of the wounds that white supremacy inflicted, but you do it at night? And you hide from it? No, you’ve once again given white supremacy a platform and emboldened it and empowered it by doing that. … We think that to do it in the dark sort of defeats the purpose.”