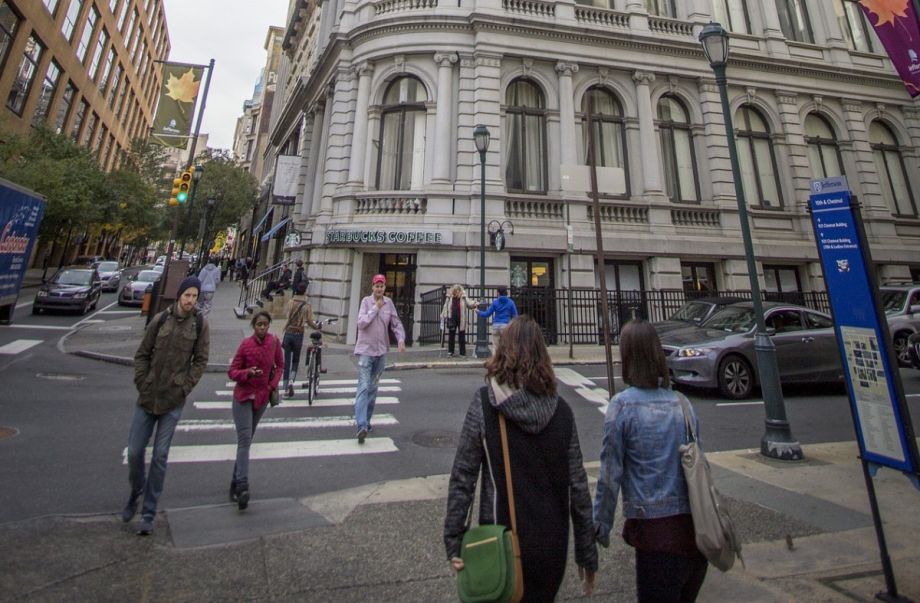 In the five-and-a-half decades since Jane Jacobs published “The Death and Life of Great American Cities,” her core contention — that urban vitality and safety are a function of small-scale density, a mixture of uses and “eyes on the street” — has become conventional wisdom in urban theory. But the impact that that notion has enjoyed can be attributed, in large part, to the poetic force of Jacobs’ delivery: The idea that an active “sidewalk ballet” makes neighborhoods safe as well as vibrant seems to jibe with daily experience. Can data bear it out?

According to a new study, maybe.

In June, a team of researchers released a paper, titled “Analysis of Urban Vibrancy and Safety in Philadelphia,” that attempts to begin a quantitative analysis of Jacobsian theory by bringing together publicly available data sets related to crime, business activity and the built environment. The study is the first of a series they have planned.

In order to test the “eyes on the street” notion, the authors — three statisticians at the Wharton School at the University of Pennsylvania and an architect — investigated the correlations between public safety and population density, population count, zoning, business activity, and business hours. They also designed a model of “business vibrancy,” meant to serve as a proxy for Jacobs’ concept of eyes on the street, based on the density of businesses in certain areas and the amount of “excess business hours” on them — meaning blocks with businesses open longer than what the authors calculated to be the citywide average.

Ultimately, the study is an attempt to test built environment impacts on public safety, when controlling for other factors like income and poverty. Among the authors’ findings:

“Our long-term goal for this whole project is to explore how the built environment can kind of encourage or discourage vibrancy,” says co-author Shane Jensen, a statistics professor at Wharton. “How a city’s laid out or how it’s zoned, how that can encourage the amount of human activity in a particular area. And obviously, downstream of that is how that human activity leads to a safer or less safe neighborhood.”

According to Jensen, the study entailed nearly half a year of data collecting by the study’s lead author, Wharton Ph.D. student Colman Humphrey. Early on, they concluded that zoning and land use data itself didn’t provide a strong indication of commercial vitality at a granular level. So they set out to build their own database, using data culled from Google Places, Yelp and Foursquare. They then looked for correlations among vacancy, crime rates and “business vibrancy,” a measure of the concentration of businesses and whether they’re active during peak weekly crime periods.

Rachel Thurston, an architect with Stantec who collaborated on the project, says the business vibrancy data was a good start in building a metric of human activity in certain areas.

“If a business is open there, are people there,” Thurston says. “It was a way to counter this idea that businesses are actually bad for a neighborhood.”

Jensen and Thurston both say that the study’s takeaways, for policymakers, are tentative. At the very least, Thurston says, it shows that people should think carefully about what they’re building where, because the built environment does impact safety and vibrancy, even if it’s still not clear exactly how. Jensen says the study may lend some support to the idea that cities and businesses should experiment with allowing longer opening hours in some areas.

Still, Thurston says, the data is “not good enough.” In the future, the group may work with Internet companies that are collecting data on WiFi pings, which could provide a much more detailed picture of pedestrian activity in certain areas. They may also consider working with the city to measure foot traffic directly in some areas.

Thurston says she and most of her colleagues in architecture accept the notion of eyes on the street as a matter of faith — anecdotally, she says, she’s comforted by the “little old ladies” who watch the streets all day in her South Philadelphia neighborhood. The first study lends some support to the notion, but much more work, with better data, needs to be done. Jensen, her co-author, agrees.

“What it says is measuring human activity is subtle and difficult,” Jensen says. “Yes, it does seem like there is something to this concept of eyes on the street, but I don’t think it’s just as simple as making sure that there’s businesses on every street corner and stuff like that. If anything, the more high-resolution you break this down, the more insight you can glean.”