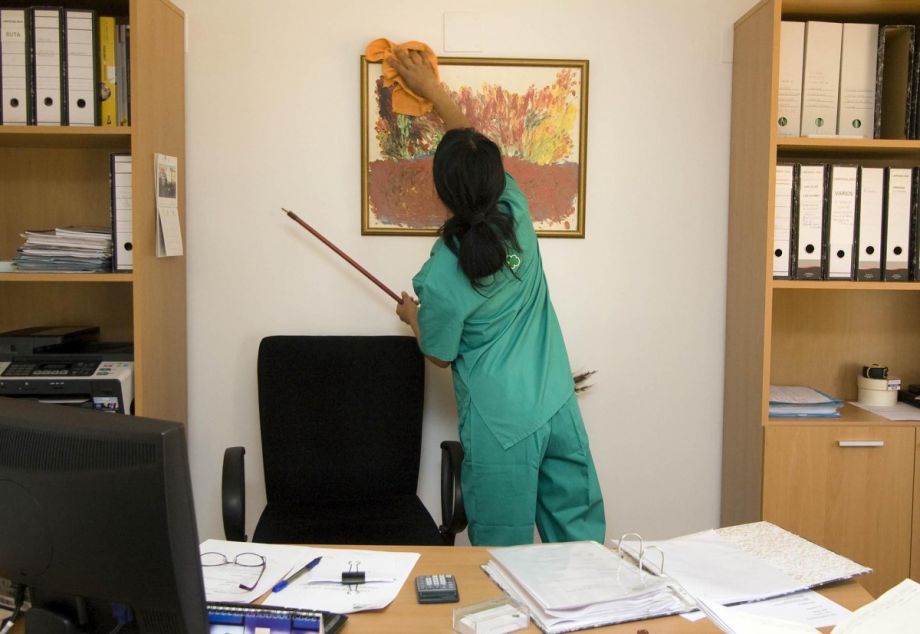 Domestic workers like housecleaners and nannies are excluded from workplace protections. (Image by Alterio Felines from Pixabay)

If you’re looking for ways your city can help undo the legacy of slavery in the United States, consider starting with protections for domestic workers. It doesn’t matter if your city never sanctioned slavery, or if it didn’t become a city till after slavery was technically abolished. In the New Deal Era, the exclusion of domestic as well as agricultural workers “was well-understood as a race-neutral proxy” for excluding the descendants of enslaved people from new benefits and protections made available to white workers nationwide, starting with Social Security and the right to unionize.

Philadelphia just set the new gold standard for domestic worker protections with last week’s passage of a landmark Domestic Worker Bill of Rights. The legislation guarantees rest and meal breaks, paid time off, civil rights protections and written contracts for just about all domestic workers — even if their employers don’t actually give them a contract spelling out all the above. Mayor Jim Kenney, who just won a second term, is expected to sign the bill, which will go into effect in May 2020. Members of the Kenney administration worked with domestic workers and advocates to craft the legislation over the past year.

There are an estimated 16,000 domestic workers in Philadelphia, a majority of whom are women of color, and many of whom are undocumented — leaving them particularly vulnerable to abuse, wage theft or other exploitative practices. In the Philadelphia metro area, domestic workers have an average income of $10,000, according to a 2016 study from Pilar Gonalons-Pons, an assistant professor of sociology at the University of Pennsylvania.

“In our negotiations we had domestic workers at the literal table in City Hall every week for months talking through it,” says Nicole Kligerman, executive director of the Pennsylvania Domestic Worker Alliance (PDWA). “It was really critical to make sure the lived experience of workers and the knowledge and expertise that they bring were centralized within the process.”

“It’s our hope Philly can become a template for future localities to pass domestic workers’ bills of rights and those places can improve on what we’ve done,” Kligerman says.

PDWA, the Pennsylvania chapter of the National Domestic Worker Alliance (NDWA), was founded only in August 2018 as a joint project of NDWA and Philadelphia Jobs with Justice. Kligerman says work on Philadelphia’s Domestic Worker Bill of Rights began in earnest in November 2018, with the Pennsylvania group sitting down with the bill’s eventual prime sponsor, 7th District Council Member Maria Quiñones Sánchez, as well as at-large council members Helen Gym and Bill Greenlee, who both signed on as initial co-sponsors.

The early talks around a Domestic Worker Bill of Rights occurred around the same time Philadelphia City Council was finalizing landmark legislation for fair work week protections and a $15 minimum wage. Passed in December 2018, that law is scheduled to go into effect in January 2020, and it builds on previous victories in Philadelphia including paid sick leave and wage theft protections.

“It certainly helps that Philly has been actively working to pass pro-worker legislation focusing on raising and improving the economic condition of low-wage workers in the city, especially for those who aren’t in unions,” Kligerman says.

Domestic workers remain explicitly excluded to this day from the National Labor Relations Act, which recognizes workers’ right to unionize. But it was important and crucial in a union town like Philadelphia that a dozen or so organized labor groups endorsed the Philadelphia Domestic Workers Bill of Rights.

“We’re in a sink or swim moment, and this campaign really highlights the need for the intersectional labor movement and for unions to support workers who aren’t unionized or can’t be unionized,” Kligerman says.

Pat Eiding, President of the Philadelphia AFL-CIO, twice testified in support of the measure, first in a committee hearing and again during the full council vote last week.

“Really situating the struggle for domestic worker justice as a fight against the ongoing legacy of slavery proved to be a really compelling reason why the labor movement should not only endorse this campaign and support this campaign, but really see domestic workers as part of the movement,” Kligerman says.

“It is legal to not hire a black woman for domestic work because she’s black,” Kligerman says. “No longer [in Philadelphia] as of May 2020.”

Over the next few months, PDWA plans to continue supporting domestic workers to work alongside advocates and City Hall in the rulemaking phase to hash out key details, such as the template agreement that will cover domestic workers whose employers do not give them a contract.

The template agreement provision builds on a similar policy in Massachusetts, which has a template agreement covering domestic workers who work at least 16 hours a week for one employer. While grateful for the leadership of Massachusetts in creating that protection, advocates in Philadelphia felt that 16 hours a week for one employer was too high a threshold to cover most domestic workers.

“Most house cleaners don’t work 16 hours a week for the same person,” Kligerman says. “They might work 80 hours a week overall but that’s for 20 different employers.”

Under Philadelphia’s Domestic Worker Bill of Rights, anyone who employs a domestic worker for at least five hours a month will be required to sign a written contract with the domestic worker. If they don’t do so, the city will presume that the worker is operating under the default template agreement.

Absent any other contract, the default template agreement will cover domestic workers in Philadelphia, whether they or their employers realize it or not. The city, PDWA and other advocates will need to get the word out about the template agreement in order to make it come to life.

The Philadelphia Domestic Worker Bill of Rights also mandates the creation of a portable benefits system to administer the accumulation of paid time off for domestic workers.

Under Philadelphia’s paid sick leave ordinance, workplaces with 10 or more employees are required to provide 1 hour of sick time for every 40 hours they work. The new domestic worker law comports with that basic ratio, allowing domestic workers to accrue 1 hour of paid time off for every 40 hours they work across however many employers they have, with each employer paying a pro-rated amount into a pool based on how long the worker works for them and how much the worker’s pay is. All domestic workers will be entitled to up to five days of paid time off per year.

The new law calls for the procurement of a technology platform to coordinate and track the accumulation of paid time off across multiple employers. While the City of Philadelphia will put out an open request for proposals for such a technology platform, the NDWA did recently build and launch an app, called Alia, that performs that exact task.

“The NDWA will certainly be responding to the RFP along with other groups,” Kligerman says. “I think demonstrated history of commitment to support for domestic workers will hopefully be taken into consideration.”

Kligerman is realistic but hopeful that the Mayor’s Office of Labor will be adding staff members in the coming year who will help with outreach and enforcement of the Domestic Worker Bill of Rights as well as the other new low-wage worker protections in Philadelphia. Philadelphia District Attorney Larry Krasner also recently created a new unit within his office to enforce worker protections.

Not to mention the domestic workers themselves who were part of negotiating and organizing to pass this bill and will also be spreading the word to their circles about the new benefits and protections they’ve won for each other.

“Do I anticipate 16,000 people getting five days paid time off in 2020? No,” Kligerman says. “But this law is a jumping off point to continue to build power and improve the material conditions of domestic workers and for all different kinds of gig workers in an increasingly gig-ified labor market.”