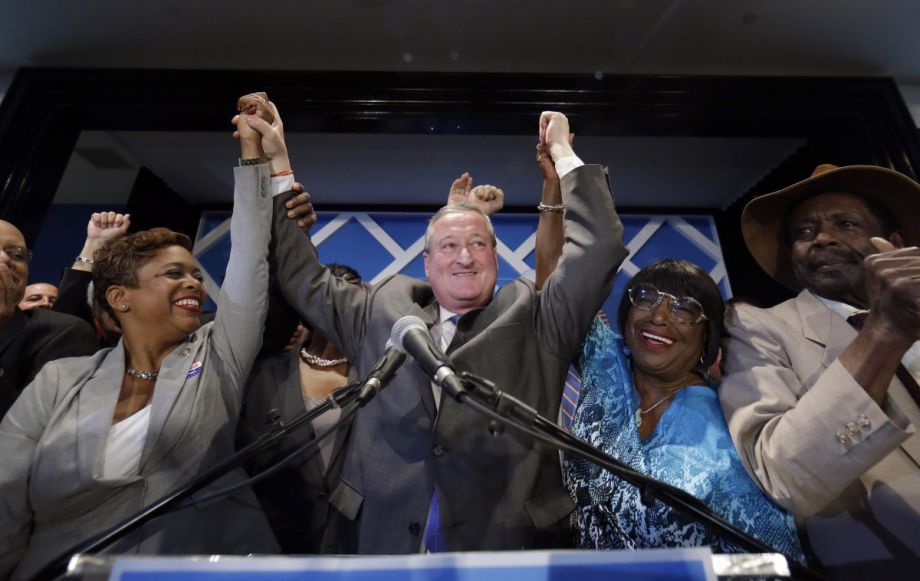 In Philadelphia’s mayoral primary yesterday, Democrat Jim Kenney was a clear winner. The former councilman beat his opponents — including a former city district attorney and a pro-charter school state senator — by a wide margin. Voter turnout was low, about 22 percent of those registered.

Kenney, who worked on issues ranging from marijuana decriminalization to LGBT rights and inclusion of immigrants on council in recent years, gained the support of several labor unions and, by most accounts, ran the tightest campaign.

Typically for Philly, where the GOP is powerless, the Democratic primary winner is the next mayor. However, a more interesting race is possible in 2015 because a former city councilman with political dynasty behind his name, Bill Green, could make a run as an independent.

The ballot questions and one council seat race yesterday highlighted concerns felt throughout cities in the U.S.

In what Philadelphia magazine called “a battle over gentrification,” a real estate developer lost in his attempt to unseat a city council incumbent: “ … The wealthy developer is seen by some as responsible for gentrification of the badly blighted Point Breeze section of Philadelphia. And it also highlighted racial tension in the [neighborhood]. The choice, for some, boiled down to an African American Point Breeze native versus a rich white Jewish guy originally from the suburbs.”

Two ballot questions dealt with public schools. Voters gave the nod both to the city trying to take back control of its school district (the state’s been in charge for years), and to exploring universal pre-K (something Kenney supports too). Amid louder nationwide calls for equal pay and mandates to diversify municipal workforces, city residents also embraced the resolution to form a Commission for Women. Finally, in a city where an influx of immigrants has largely been credited with reversing a population slump, a move to make sure city services were more accessible to non-English speakers was also approved.