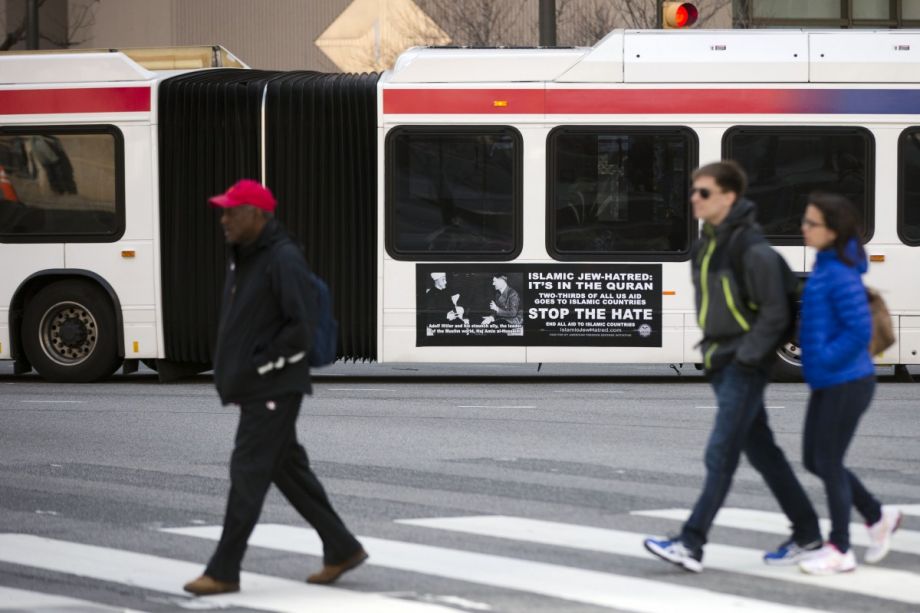 In the wake of an anti-Muslim ad campaign running on Philadelphia’s SEPTA buses, the transit agency has decided to suspend all future political or public-issue advertising once this contract runs its course through the end of April.

Appearing on a total of 84 buses throughout the city, the ads depict a 1941 photo of Adolf Hitler and Palestinian Arab nationalist Haj Amin al-Husseini with the line, “Islamic Jew Hatred: It’s in the Quran.” The ad comes from New Hampshire-based American Freedom Defense Initiative.

Though SEPTA initially fought in federal court to ban the ads, a ruling favored the ads as freedom of speech, saying SEPTA can’t pick and choose which ads to run after having run other controversial campaigns in the past.

“SEPTA does not — and I repeat — does not endorse or support the views expressed in these ads,” says SEPTA Board Chair Pat Deon in a statement. To avoid the use of similarly offensive ads in the future, SEPTA will consistently decline all ads of that type so as not to raise concerns about selective ad discretion. 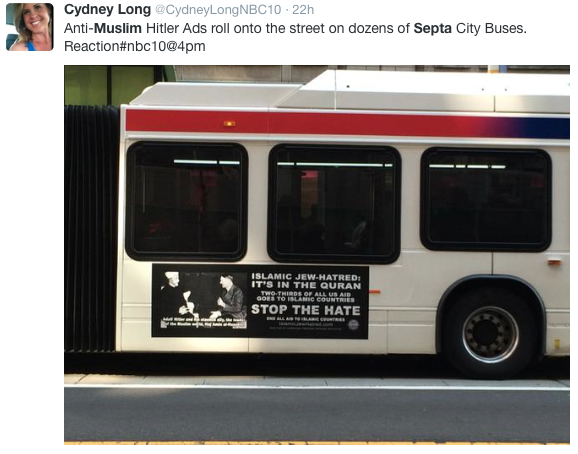 Seattle faced similar controversy in 2010 when an ad from the Seattle Mideast Awareness Campaign reading, “Israeli War Crimes: Your Tax Dollars at Work” was approved to run on King County Metro buses. As a result, the city was met with both anti-Palestinian ad campaign proposals and threats of vandalism, leading to a policy change to ban any ads referring to the Israeli-Palestinian conflict. Last month that decision was upheld for being “viewpoint neutral.”

SEPTA’s ban of any and all public issue ads answers much of the controversy Seattle’s transit authority received for its decision to ban ads on only one singular issue, therefore failing to be truly “content neutral.”

Muni buses in San Francisco ran the same anti-Muslim ads currently on SEPTA earlier this year. Some ads were defaced with an image of a superhero and a message to end hate speech. Despite the controversy, Muni ran the ads without asking for court intervention. 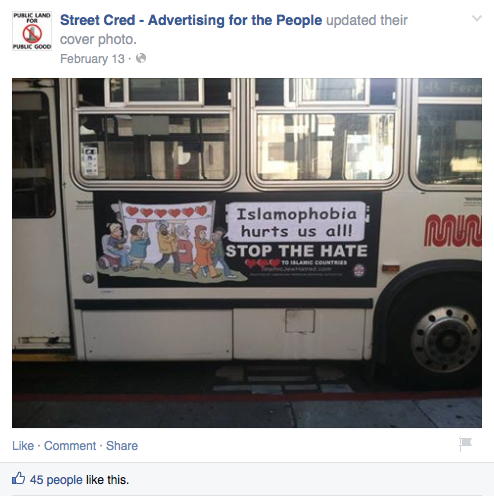 In Philadelphia, a counter billboard has been erected by the Interfaith Center of Greater Philadelphia depicting five individuals with the caption, “Dare to Understand” overlooking the Schuylkill Expressway.

According to NBC Philadelphia, in 2011, SEPTA made about $11 million in ad revenue, and in 2013, looked to up that number by working with a seller to place more ads. At the time, a SEPTA spokesperson told the news outlet, “Whatever way we can get money, Titan’s looking into that and as our CFO said he’ll put a sticker on anything, put an ad on anything within reason.”