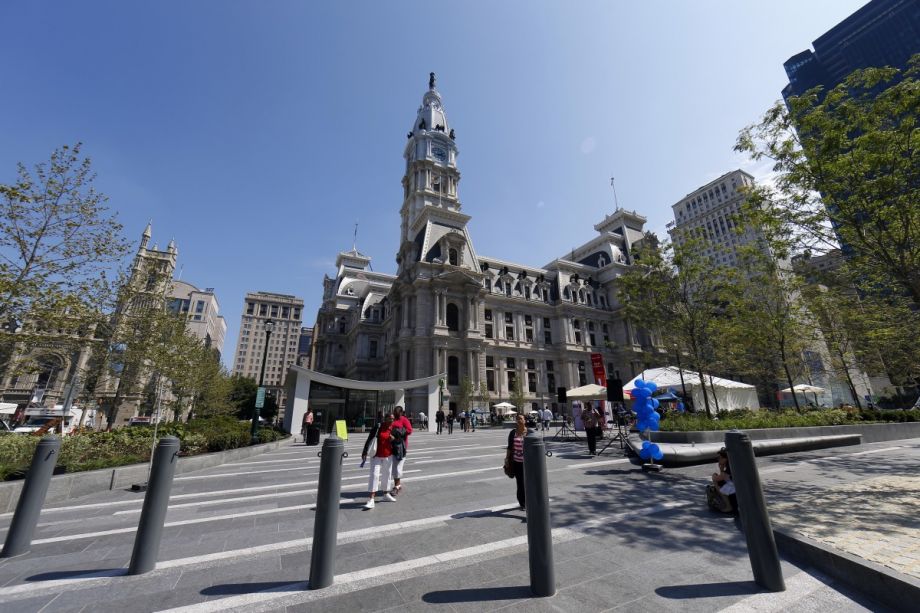 Philadelphia City Council is set to consider a handful of bills aimed at improving residents’ access to affordable housing across the city. On Wednesday, members held a press conference at City Hall to announce the program, called Putting Philadelphians First: An Equitable Growth Plan for Our City.

Key components of the proposal include a 1-percent tax on construction costs and a set of new zoning bonuses to encourage developers to include affordable units in their housing projects. Proceeds of the tax — around $22 million a year, according to council estimates — would be directed to the city’s Housing Trust Fund, and set aside to help first-time homebuyers with down payments and closing costs. Density bonuses would be awarded to developers who set aside 10 percent of rental units for households earning up to 60 percent of Area Median Income, or 10 percent of for-sale units for buyers earning up to 80 percent of AMI.

Council President Darrell Clarke said the proposal represented the culmination of a series of conversations in city council about equitable development going back years. Those conversations came to a head over the last year, after City Councilwoman Maria Quiñones-Sánchez introduced legislation to create a mandatory inclusionary housing policy last June. That proposal was staunchly opposed by the Building Industry Association of Philadelphia (BIA), a developers’ group, and ultimately Sánchez agreed to pull it before it went up for a vote.

But on Wednesday, BIA Vice President Leo Addimando was standing with Quiñones-Sánchez and other council members to announce the plan. After the press conference, Addimando said that the zoning bonuses in the amended legislation would be a meaningful enticement for developers to build affordable units. The city’s zoning code currently has limited incentives for inclusionary housing, but they have almost never been used. According to a report in PlanPhilly, the new proposal will allow seven-foot height bonuses and additional units in some low-density multifamily residential and commercial zoning districts. Addimando said that the new incentives came out of conversations his group had had with Sánchez.

“That’s a real needle-mover in those zoning districts,” Addimando said of the proposed bonuses. “The ones that are in the code now are pretty useless, and that is why they’ve only been used once or twice. I think the bonuses here we still want to talk about a little bit, but her amendments have a lot of what we suggested in them with regards to height and density.”

Quiñones-Sánchez is expected to introduce legislation supporting the program today.

The new construction tax would split the city’s Housing Trust Fund, created in 2005, into two separate pots of money. The Construction Tax Sub-Fund would be used to provide loans of up to $10,000 to qualified homebuyers who earn up to 120 percent of Area Median Income. The loans would only be available to households that have lived in the city for at least three years and have not owned a home in the last three years. The loans would be forgiven after 15 years of ownership, but would come due if recipients sold before that time had passed.

A growing number of cities in Oregon have begun adopting small taxes on construction costs to bolster housing trust funds as well, although most of that revenue is being directed toward affordable housing production. In Philadelphia, officials recently raised the real estate transfer tax to generate $100 million for home-repair programs. Council President Clarke said on Wednesday that so far, that revenue had funded basic systems repair work in around 1,000 residential units.

For almost two decades, the city has offered a 10-year tax abatement on virtually all new construction — a program that developers say has been essential to reviving the residential construction market and drawing new residents to the city. But that program, which has always generated controversy, has recently come under additional scrutiny amid growing concerns about housing equity in Philadelphia and around the country. Council members were vague when asked about whether the Putting Philadelphians First program was being proposed in lieu of potential changes to the abatement, or whether changes might be in the works.

Addimando — who acknowledged the need for more affordable housing in the city during his remarks at the press conference — said that his group was more open to some of council’s proposals because of the questions surrounding the abatement.

Quiñones-Sánchez said she was hopeful that enough council members would support the proposal to get it passed by June, when the legislative session ends. Affordable housing advocacy groups have been talking about establishing a construction impact tax for years, she said, but it’s only become more realistic, politically, in the last few months.

“It’s always been on the table,” Sánchez said. “It was just creating a political space where people said, ‘We’ve got to do something,’ because as much as everybody talked about an impact fee, nobody was willing to introduce it.”