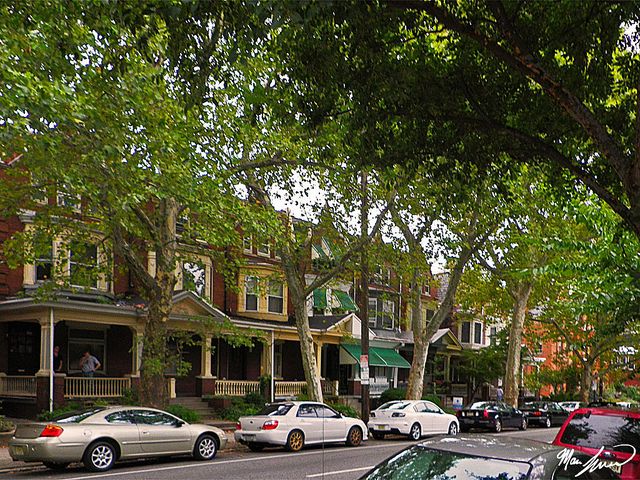 Philadelphia’s years-in-the-making, top-to-bottom reassessment of every last property in the city is now just about over. But the political fallout — and the debate over who wins, who loses and what that means for future growth — is just getting started.

Property taxes are, of course, a loaded and controversial topic just about everywhere. But there are precious few cities that have bungled the basics of property valuation as thoroughly as Philadelphia. In short, the city-set property values that determine what real estate owners pay in taxes have, for decades, been wildly inaccurate, grotesquely unfair, regressive and possibly illegal.

Fixing the assessments is essential. Beyond the obvious questions of fairness, the bad assessments have distorted the city’s understanding of its actual, physical composition. One of way to think of assessments is as a census of a city’s privately-owned infrastructure. In Philadelphia, policymakers whose job duties revolve around land — vacancy management, Licenses & Inspections, stormwater management and so on — have been working with bad information.

The problem is that the old values are so atrocious, the corrective — which goes by the innocuous sounding moniker of the Actual Value Initiative — necessarily requires a massive redistribution of the property tax burden.

It is the very neighborhoods that have been growing fastest that will be hit the hardest by AVI. And it is entirely possible — not certain, but possible — that AVI will slow growth in these neighborhoods, and in turn, reduce the already limited pace of redevelopment of Philadelphia as a whole.

Graduate Hospital and University City. Passyunk Square and Fishtown. Property taxes in these neighborhoods will be going up by an average of $1,500, and there are thousands of cases where the increases will be far steeper.

The map below shows homes where property taxes will increase by $1,500 or more.

Will the owners simply absorb the higher costs? Or will they leave in droves? Will landlords jack up rents to cover their higher costs? Will the higher taxes reduce demand for these hot neighborhoods? And if so, what does that say about the durability of Philadelphia’s appeal to middle and upper-middle class professionals who have been moving to the city in larger numbers in recent years?

Those property owners who stand to get socked by AVI surely won’t see it this way, but the new numbers are proof positive that neighborhoods like Graduate Hospital have for years been the beneficiaries of an unintentional tax subsidy, paid for by the rest of Philadelphia.

On top of that unplanned subsidy, there is the formal 10-year property tax abatement. While abatements are available citywide, they have been used most consistently in Center City and the redeveloping neighborhoods around it.

Taken together, the inaccurate old assessments and the abatement program have added up to nothing less than a massive tax break for the city’s small but growing professional class.

Indeed, Philadelphia is — or was, at least — a relative bargain compared to many of the region’s suburbs. It’s not a stretch to say that Philadelphians living in well-to-do but under-assessed neighborhoods were getting one of the best deals on taxes to be had in the entire Delaware Valley.

But now that deal is about to vanish. City Council has no choice but to accept AVI (indeed, it took a vote last year to adopt the new numbers when they were complete, meaning that council has effectively already accepted AVI). And there is growing talk of abolishing or modifying the property tax abatement as well. (Council so far seems to be more interested in further lowering the property tax burden on low-income and long-time residents than in easing the blow for newer residents and those set to be hit hardest by AVI.)

One exemption the council is likely to leave alone is the $30,000 homestead exemption, which exempts from taxation the first $30,000 of a home’s value and is a clear winner for most homeowners. But anyone owning residential real estate worth more than $400,000 will end up paying a higher overall bill if the homestead exemption survives, making it yet another blow to increasingly affluent neighborhoods like Passyunk Square or Spruce Hill.

Some realtors are already predicting a big disruption in the city’s housing market, and it seems likely that the hot neighborhoods will cool at least to some extent. On the other hand, sections of the city that had been over-assessed — such as Southwest Philadelphia, Roxborough and the Lower Northeast — may theoretically find it easier to lure buyers and developers, now that taxes in those areas are lower.

And yet, there is much more to redevelopment than taxes. Housing stock, proximity to job centers, transit access and countless other factors are also vital. We know from experience that the professional class Philadelphia so desperately needs to attract was drawn to the communities ringing Center City. It seems like a far longer bet to expect they will find further-flung neighborhoods equally appealing, however low the taxes. But it also seems unlikely that a $1,000 or $2,000 bump up in taxes will be the deciding factor for a professional with the resources to buy a home in the city.

One final note: The new assessments are not perfect. Not even close. There are already serious questions being asked about the accuracy of the new numbers, and there are plenty of blocks where the valuations are clearly off. But it’s also clear that the new valuations are much closer to reality than the old ones. It is highly unlikely the city would scrap these numbers and start all over, and far more likely that the errors are corrected individually and over a number of years.