Is the Timing Perfect to Supersize Philadelphia Public Transit? – Next City

Is the Timing Perfect to Supersize Philadelphia Public Transit? 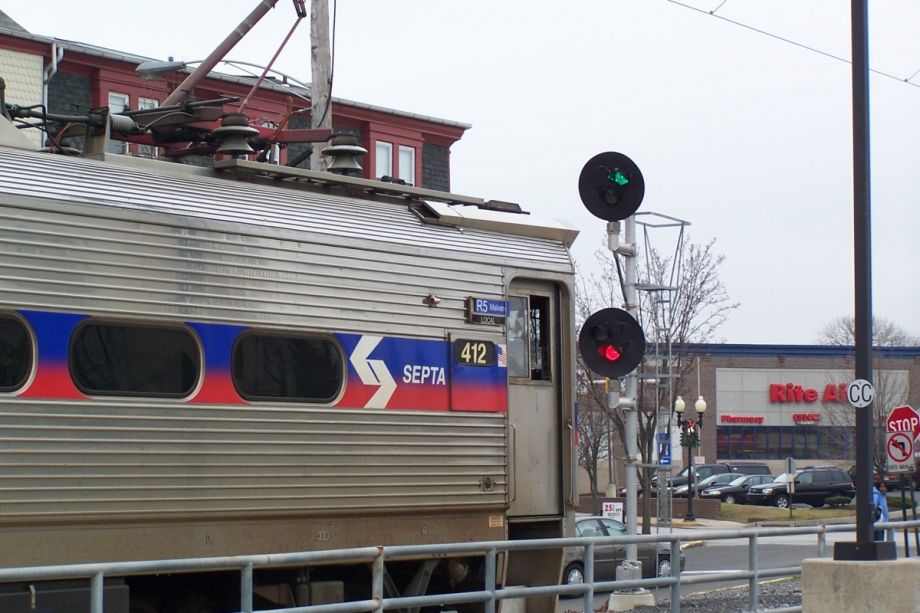 Philadelphia has excellent public transit by American standards. The Southeastern Pennsylvania Transportation Authority (SEPTA) includes two subway lines, six trolley routes, an impressive regional rail network and a robust bus system. The system works best in and around Center City and the neighborhoods that matured before the automobile became ubiquitous. But the geography of jobs and residency has changed substantially since then. Today hundreds of thousands of Philadelphians live in the Northeast — an area largely developed after the suburban boom that’s about 12 miles from downtown. Only a couple infrequent regional rail lines serve these sprawling neighborhoods, along with patchwork bus service. Many Philadelphians work in the suburbs, where transit is infrequent at best.

There is no rail or bus rapid transit on the Northeast’s arterial Roosevelt Boulevard or along the Delaware Riverfront. Regional rail and many busy lines run very infrequently during off-peak hours, partially because SEPTA doesn’t have the vehicles to run more frequent service. There are no rail lines to new job hubs at the reconstituted Navy Yard in South Philly or the gargantuan King of Prussia mall in the western suburbs. Throngs of low-paid service workers from city suffer freeway gridlock and are forced to compete for service at inadequate bus facilities to get to the mall for work.

The good news is that regional politics are more transit friendly than they’ve been in living memory, there are new funding models being successfully implemented elsewhere in the region, and the fundamentals are in place for an expansion of the system. SEPTA’s ridership is up. Car ownership in the city is low (partly related, no doubt, to the poverty rate). Philadelphia’s population is growing for the first time in 60 years. A comprehensive 2013 state transportation bill means SEPTA is no longer doomed to suffer regular financial crises. The agency can finally begin repairing its dilapidated infrastructure, rebuilding shabby stations and rickety bridges, and purchasing trolleys that are compliant with the Americans with Disabilities Act.

Unfortunately, that state bill, Act 89, only provides enough funding to preserve SEPTA in its current form. Most legislators in Harrisburg feel that transportation has been addressed for this decade. What’s more, Act 89’s passage was a minor miracle that caused much wailing and gnashing of teeth in the Republican caucus. But leaving the system in its current form isn’t enough in an era when there is an existential need to lure more Americans out of their cars.

But while more money from the state capital is unlikely, it also could be unnecessary. “As federal and state governments have withdrawn over the last few years, metro regions and counties have passed local tax initiatives to improve mass transit,” says Todd Swanstrom, a professor of public policy at University of Missouri-St. Louis, who studied the unlikely success of a transit-funding ballot initiative in St. Louis during the Tea Party-dominated elections of 2010. “It’s clearly a second-best alternative because the revenue base is narrower than it would be for the entire state. And it’s hard to persuade the voters … it’s not as though the working and middle classes are doing great in this economy.”

In recent years a series of urban counties have raised taxes locally to fund public transit. Measure R in Los Angeles County will raise a total of $40 billion in sales taxes for road work, bus improvements, new rail lines and extensions. A follow-up measure to expand the rail network, dubbed R2, is currently gathering momentum ahead of the 2016 election. St. Louis County raised sales taxes in 2010 with Proposition A, which covered the expansion of light rail and the restoration of austerity-mangled bus routes. In 2004, the Denver region approved a multi-county sales tax for FasTracks, a huge expansion of the region’s rail system.

Raising a local tax for transit would certainly be politically feasible in Philadelphia, but only taxing city residents — who bear a disproportionate share of the region’s poverty — would only go so far. However SEPTA extensively serves two older suburban counties, Delaware and Montgomery, and they’re potentially easier to sell on complementary transit taxes. The agency’s more limited services in Bucks and Chester would be tougher, but more of their funds could be spent on roads.

There is also a strong argument for a higher regional give to SEPTA. Local subsidies for SEPTA’s operating and capital budget are lower than any other system in its peer group. SEPTA pulls roughly half its operational funding from the fare box, with the other half covered by state subsidies. Local contributions from the five Pennsylvania counties the agency serves totaled a measly 2 percent of last year’s capital budget.

Given shifts in metropolitan politics, a region-wide effort to boost SEPTA’s overall reach could be successful. A 2005 Urban Affairs Review study on metropolitan political coalitions noted changing attitudes among some suburban legislators as a younger generation began to take power. The historically poisonous relations between cities and their immediate neighbors are changing as suburbs become more economically, racially, and politically diverse.

Act 89’s passage is evidence of how such recent demographic trends in the Philadelphia area can play out. It was the first time the entire Southeastern Pennsylvanian delegation got behind a transportation funding bill together. (Some Democrats dropped out at the end when regressive alterations were made to the prevailing wage for highway projects.) Regional Republican legislators even leapt to SEPTA’s defense earlier in the year when a Tea Party conservative denounced mass transit funding as “subsidizing a minority of our population’s bus fare, which is just more welfare.”

Regionalists like David Rusk have long been promoting shared metropolitan cost burdens for some essentials services, with limited results. But mass transportation seems to be an arena where the notion has enjoyed some success. St. Louis County’s Proposition A was approved by 63 percent, while Los Angeles’s Measure R passed the state’s super-majority hurdle for a new tax in California with 68 percent of the vote. Measure J, which would have accelerated progress on these projects, “only” received 66 percent and went down to defeat. The Center for Transportation Excellence tracks transit measures and in a post-2013 Election Day newsletter recorded a success rate 71 percent since 2000.

“We are starting to see in some places the development of a slightly wider metropolitan politics, in which cities and suburbs see a set of common interests,” says Steven Conn, author of Americans Against the City. “SEPTA is a great example of this. People in Bucks County or on the Main Line, who ride those regional rail lines, are invested. I don’t think that was true a generation ago. … But there are plenty of people in Harrisburg who are still just living in the 1950s.”

Although there is a clause in the 1945 Pennsylvania Municipal Authorities Act that allows for cross-jurisdictional taxing authority, it has only been used in much smaller geographic areas thus far. No matter the structure of a new regional tax, it would probably still have to be approved by the state. But Act 89 succeeded in large part because it is mostly devoted to roads and bridges and, being a statewide transportation bill, could not be pinned to Philadelphia. Even so, the Republican-dominated state house voted it down twice on November 18th. The bill only scraped by when a highly irregular third vote was called. Since then the moderate Philly-area leader who shepherded it through the State Senate has been deposed.

Although Pennsylvania now has a Democratic governor, the legislature is still overwhelmingly Republican. “Harrisburg’s politics are almost the perfect gridlock to keep from funding anything in Philadelphia,” says John Hepp, associate professor of history at Wilkes University. Hepp doesn’t think there is hope for the near future, but perhaps for the long term. “I did not think SEPTA was going to get anywhere near the funding they managed to get out [of Act 89]. There’s been a seismic political shift in the suburbs. … [There is greater recognition that] Philadelphia is at the center of a region and the future of the counties is tied to the success of the city.”