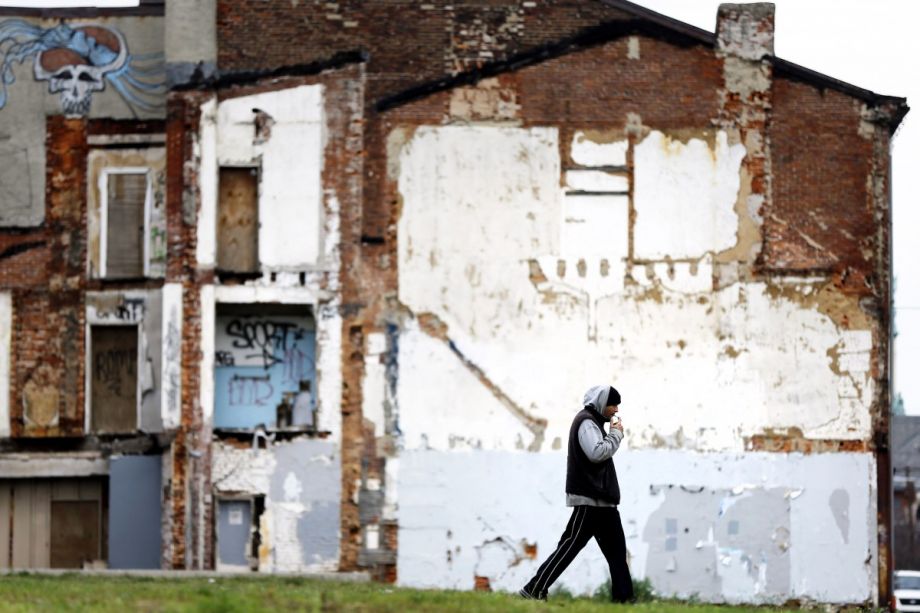 The trace of a now-demolished home remains on a standing building in Philadelphia. (AP Photo/Matt Rourke)

Angel Rodriguez isn’t boasting of big-picture dreams or ratcheting up goals. Hired as the first person to serve as a full-time executive director of the Philadelphia Land Bank, he really just wants the agency to run well.

“The Land Bank — if you view it as a startup — we understand our objective. We understand what we’re supposed to do,” says Rodriguez, who started his new job in September. “The issue is operations. Do we have systems? Are we doing it in a manner that’s effective and efficient, as well as transparent and standard?”

After the monthslong search for an executive director, news site PlanPhilly reports that the response to Rodriguez has been enthusiastic. City Councilwoman María Quiñones-Sánchez, who sponsored Philadelphia’s land bank bill, noted that this was a particularly tricky hire.

“People who know how to do this kind of development work are either in the nonprofit sector or making a whole lot of money in the development sector,” Quiñones-Sánchez told PlanPhilly. “And this is in a complicated bureaucracy. You have to want to come in and really want to serve.”

Among vacant property experts, land banks are touted as a means for disentangling the legal knots that make tax delinquent vacant parcels tough to sell. Land banking traces back to the early 1970s and has become increasingly popular in the Midwest and upstate New York, but Philadelphia is the largest city in the United States to have such a program.

Rodriguez sees a contrast between his agency and that of one in a small or midsize legacy city. While Philadelphia’s recent job growth outpaced New York’s, and there’s been steady population growth, the city remains the poorest of America’s major cities. It’s home to some 43,000 vacant lots.

The land bank was created in late 2013, and the first properties were added to its books in December 2015. According to the city, the land bank now has around 2,000 properties. As PlanPhilly has reported, transfer mix-ups and tense debates over strategy have fostered concerns that land banking in Philly might not be the magical alternative it ought to be. Rodriguez says that nixing miscommunication is definitely a “priority.”

“We have to be that agency that really is doing the checks and balances and culling through the sheriff’s sales to make sure that identified properties do not go up for auction,” he says. “Also, making sure that this agency has an awareness of all of our critical strategic partners in the community. That’s not just our elected officials, but local nonprofits and civic agencies.” 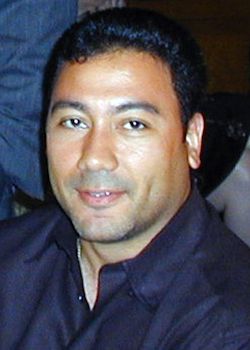 Rodriguez comes to the post from the local Hispanic-led nonprofit Asociación Puertorriqueños en Marcha (APM), where he was vice president of community and economic development. Prior to his appointment, Rodriguez served on the land bank’s board. At APM and as an instructor at the Corzo Center, which supports Philadelphia artists who want to start businesses, Rodriguez often helped aspiring entrepreneurs. As Next City reported, in 2015, APM won a $20,000 grant to turn vacant land into a neighborhood pop-up market and offer merchants an entrepreneurship boot camp. Rodriguez led that project.

He’s already sifting through resumes. “We’re short three staff people, so I’ve been really working on staff to bring into the land bank,” he says.

Currently, the land bank has 10 full-time staffers. Besides Rodriguez, the team includes one senior counsel, two inspectors and six professionals who focus on land acquisition. The Philadelphia Redevelopment Authority has loaned out another three employees to the agency, each working on land acquisition.

The land bank has a five-year goal of reactivating roughly 2,000 properties. So far, according to the city, the number of properties sold through the program is 196, and most were vacant lots. Any streamlining Rodriguez does will have to cover mastering the agency’s elaborate acquisition policies. As outlined in the strategic plan, released in February, the criteria for whether or not the land bank can transfer certain parcels depends on the intended re-use. The re-use category also determines the approval process and which city offices and organizations have to weigh in.

The ability to be strategic is key, says Frank Alexander, co-founder of Center for Community Progress, a national nonprofit that focuses on vacant properties. While Philly’s five-year targets forecast that the land bank will add 7,727 publicly owned parcels to its holdings, it will also acquire another 1,650 tax-delinquent properties. The agency also has outlined a mix of types of properties for its disposition process. Sixty-five percent of land returned for active use will be for housing, and in an effort to ensure affordability, only 25 percent of that won’t be restricted by income brackets.

Alexander, a pioneering expert on land banking, noted that a team should be thoughtful about what it needs — whether that’s conveying land that’s ready for transfer immediately, or having specialists who know how to clear off title defects, or construction experts who can offer advice on homes that need rehabilitation.

“The biggest mistake a land bank can make … is to take in a whole lot of land when it doesn’t know what it’s going to do with it,” Alexander says. “I don’t recommend that any land bank build up a staff, then figure out what to do with that staff. A land bank should build operational capacity in accordance with the inventory that it’s bringing in.”

In the days after he started on Sept. 11, Rodriguez wasn’t just considering job candidates. He was also meeting with officials from the myriad city departments involved in the land bank’s land transfer processes.

“I feel like I’ve been here two weeks,” he said. “I realized last night that it was only three days.”