Can Philadelphia Enforce a Living Wage That Its Citizens Approved? – Next City

Can Philadelphia Enforce a Living Wage That Its Citizens Approved? 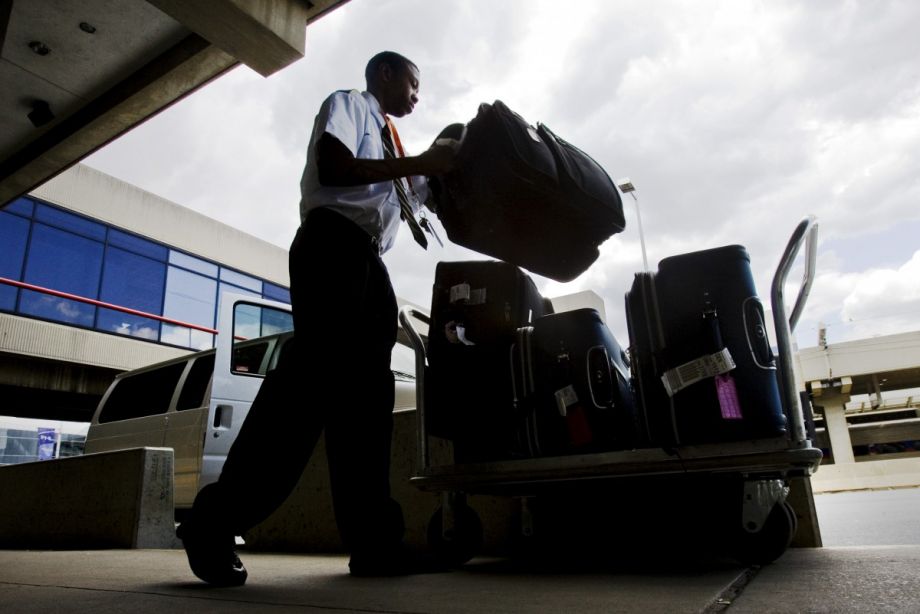 Philadelphia doesn’t have the power to establish a citywide minimum wage, and help won’t be coming from the state level anytime soon. Harrisburg is currently controlled by the Republicans, who oppose a statewide minimum wage increase. But on Tuesday, Philadelphians voted to alter the city charter to ensure that the city’s living wage ordinance — which applies to companies that have contracts with the city — will also cover subcontracted employees. (After Mayor Michael Nutter’s Law Department decided that the 2005 ordinance didn’t cover subcontracted employees who are employed by many firms that do business with the city, City Council voted unanimously last September to put the measure on the ballot in this week’s election.)

Earlier this month, before voters went to the polls, Mayor Nutter issued an executive order that increased the city living wage from $10.88 an hour to $12 an hour beginning in 2015, and requires coverage of “first-tier subcontractors for the first time in City history.” This new ordinance should ensure that the living wage applies to all tiers.

However, though voters approved the initiative overwhelmingly — by more than 75 percent — according to national experts, the real struggle often takes place after a law or ordinance is passed, plaudits given, and media attention turned elsewhere. Often, the promised benefits don’t materialize, especially if the workers are employed by an obscure subcontractor.

Due to relentless campaigning from unions and community groups, jobs at the Philadelphia airport came to symbolize a subcontracting system that actively undermines labor standards for city residents. And due to the airport’s high visibility in the community, it’s likely that workers there will quickly receive the benefits of Philadelphia’s newly robust living wage. (The Daily News reported on Tuesday “that the largest employer at the Philadelphia airport, the newly merged US Airways and American, was quietly making plans to tell its subcontractors to pay $10.88 an hour even before it knew that Nutter would sign his executive order.”)

But the real problem for living wage enforcement isn’t the relatively high-profile airport employees, but the literally countless other subcontractors at work on city jobs. The Mayor’s Office had not responded as of press time (this post will be updated at the bottom when they do), but I’m not aware of any apparatus in place to keep tabs on the vast array of subcontractors receiving public funds.

“The city doesn’t necessarily keep track of all their subcontractors,” says Gabe Morgan, the director of 32BJ for Pennsylvania and Delaware (the property service workers’ union was one of the principal forces behind the emboldened living wage ordinance). “So like any law you need to enforce it, you need to come up with the bureaucratic measures to ensure it is actually enforced.”

Living wage enforcement varies wildly from city to city. San Francisco enjoys a famously robust labor law regimen and actually employs a substantial number of staff to secure compliance, as does Los Angeles (after a rocky beginning). In Miami, Boston and a handful of other cities, the living ordinance creates a task force with representatives from government, business, labor and the non-profit sector. Generally this group meets once a month and reviews the upcoming and ongoing contracts. Where neither option is available, advocates in some cities have taken to visiting worksites themselves to investigate wage rates.

“In a number of cities, there was just no staff assigned to monitor at all, employees didn’t know their rights, and no one followed up or paid attention,” says Stephanie Luce, associate professor of labor studies at the City University of New York and author of numerous books about living wage laws. “In some cities there was ideological opposition from the staff meant to enforce the living wage, in some others it was benign neglect. [Generally] the most active and strong enforcement occurred in places where living wage advocates were actively involved after the law passed.”

In Philadelphia, the Office of Labor Standards will be responsible for enforcement. (The hotline provided on its website rang for five minutes with no answer or voicemail message when called on Wednesday afternoon.) After a hearing before the finance director, contractors can be suspended if found in violation and offending companies cannot win another city contract for three years. City Council can hold its own investigations, although any charges must also be brought before the finance director. The Council’s Living Wage and Benefits Committee, which acts in an advisory capacity, recently provided seats to both 32BJ and the community group POWER, another force behind the Tuesday’s successful ballot measure.

Given the state of Philadelphia’s finances, which probably preclude a full-time staff to ensure compliance, that’s probably the best that can be hoped for.

UPDATE 1 p.m. 5/21/14: A spokesperson from the Philadelphia Mayor’s office emailed the following:

The City will enforce these new provisions using the tools in current law, in 17-1300. These include a requirement in the general contract provisions. The RFP template will also be changed to alert contractors and subs of the new wage requirements. In effect, contractors will be engaged in self-reporting, just as they now are required. The law also provides a private right of action such that if an employee feels aggrieved, he or she can file suit seeking lost wages. The city in turn can debar a contractor who violates the provisions and can withhold payments and redirect the monies to the aggrieved worker(s).

The City law department, along with Procurement and Finance, will oversee this issue, as they currently do. The Labor Standards Board would be the entity that could require additional payments or order the withholding on behalf of the employee(s).