Is Philadelphia in a Housing Bubble? – Next City

Is Philadelphia in a Housing Bubble? 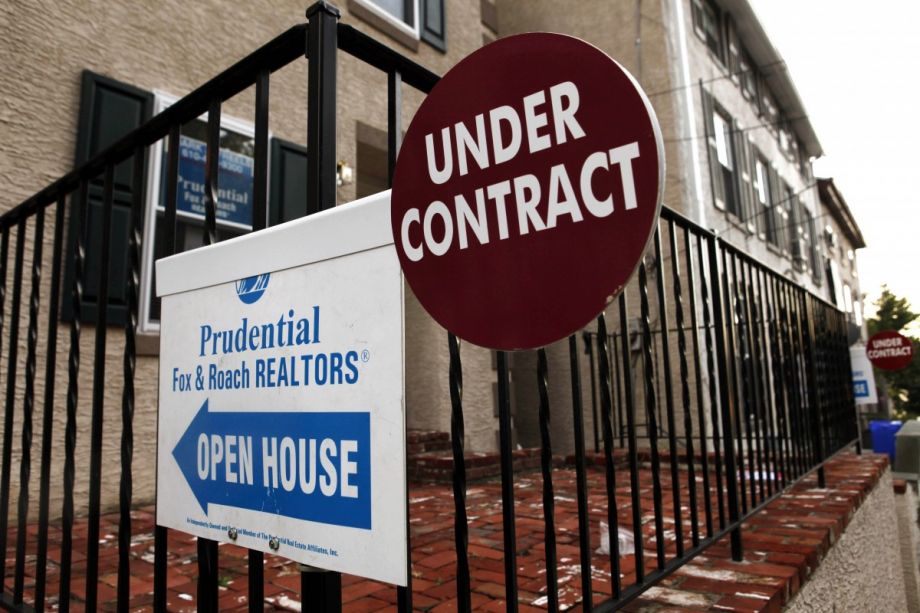 One morning in August, Philadelphia’s deputy mayor for economic development, Alan Greenberger, was headed to the groundbreaking for a new mixed-use complex near the city’s Art Museum. The project will include nearly 300 luxury apartments and a Whole Foods. On his way there, he stopped at the construction site for a luxury apartment building on a busy central corridor, Chestnut Street.

Greenberger had come to take part in an announcement with the Associated General Contractors of America, who had just ranked Philadelphia metro region number three in the number of construction jobs added.

“I’ve been here now, this September, this will be my 40th year in Philadelphia,” he told assembled architects and dignitaries. He said he’d been discussing this the day before with a local developer. “Neither of us can remember, in our lifetimes in this city, a construction boom of this magnitude.”

A whole lot of those workers are building housing.

Construction job numbers have been rising in about two-thirds of U.S. metro areas tracked by the general contractors’ association over the past year, and most of the top regions are located in southern states — with housing a major driver throughout the country. In 2012, Philadelphia’s Center City District (CCD), an economic development non-profit, calculated that developers had completed 463 residential units in central Philadelphia. In 2014, the CCD estimated, that number could soar to 2,600. Most of it will be luxury and mid-market housing, with monthly rents above the city’s average.

The short version: Most of the people who will occupy these new homes and apartments will fall into two growing Philadelphia demographics. They’re the young and employed, and those nearing or over retirement age.

The urban aspirations of young professionals and empty nesters, “isn’t stuff we talk about generally, this is a very specific relationship,” Greenberger told me recently. Young people in particular, specifically those 25 to 34, he says, “want to be here because they can the live city life they want, can get to work, and it’s more affordable than other cities.”

An upscale housing market driven by millennials may sound counterintuitive. After all, headlines about the generation’s struggles abound. However, Steve Mullin says that in a metro region with six million residents, it doesn’t take too many people changing their behavior to result in market shifts. That is to say, the suburbs don’t have to empty out for the city to require new housing. Mullin, president of Econsult Solutions, adds that “for 50 years, Philadelphia basically had no new, quality housing.”

Normally, he says, people move into more expensive housing as their income improves, freeing up better housing to the next income level until structures in the worst condition get demolished, and he didn’t see that happening in Philadelphia, for years.

“What’s going on in Center City is causing it to expand outward,” says Victor Pinckney, vice president of the Homeowners Association of Philadelphia. He’s focused on rehabbing homes in Philadelphia neighborhoods north and northwest of Center City.

Banks are lending again, he says. “Two years ago, three, I tried to do a refinance and it wasn’t going nowhere. A year and a half later they were trying to throw money at me. Nothing had changed on my end.”

Will the Market Break?

Mullin thinks Philadelphians are natural pessimists about their long-suffering economy. “It’s a very Philadelphia thing to say, ‘how can we support two water ice stands?’”

Greenberger notes there’s some natural anxiety that comes with a construction boom.

“Boom cycles end,” he acknowledges, but “do they just sort of retreat back to some sort of manageable level or do they bust?” In this case, he thinks the strength of the city’s other sectors make it unlikely the floor would fall out of the housing market.

Brad Doremus of realty data tracking firm Reis says the metro’s vacancy rate fell from 4.4 percent at the close of 2011 to 3.3 percent as of mid-2014, and the market seems ready to absorb new units through the end of the year.

“Past 2014, new construction is projected to outpace net absorption on an annual basis for a few years,” he added, but, “this is not a big worry — the market’s long-term average vacancy (since 1980) is around 4.6 percent so it isn’t a surprise that it would begin slowly moving up again.”

“To the extent that … people are unsure about schools in every neighborhood, that’s going to limit people’s willingness to stay or buy homes within the city,” he says.

In an update two weeks ago, he told me, “Every indicator we have seen, as well as discussions with lenders and developers, suggests that the demand remains strong for the new units that are coming on line.”