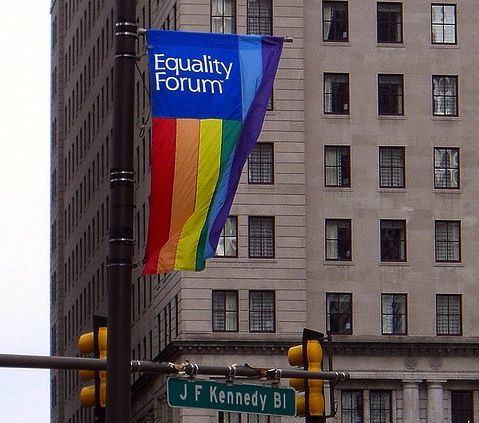 Philadelphia is on track to become one of the most gay-friendly cities in the country with today’s passing of a comprehensive LGBT rights bill.

Transgender Philadelphians will also get employment protection, as well as the legal right to dress and use bathrooms according to their gender identity. All city forms will have to be rewritten to include gender-neutral terms.

Same-sex couples will see more benefits, too. Another tax credit will give incentives to businesses that provide health care coverage to same-sex couples and their children equal to that given to heterosexual employees.

The bill includes life partner provisions that require all benefits given to married couples be extended to same-sex and unmarried couples, ensuring hospital visitation rights as well as medical decision-making for same-sex couples. The provision will also require that same-sex relationships have equal access to their partners’ retirement and pension plans, as well as estate transfers.

Mayor Michael Nutter has a record of supporting gay rights. Even in the unlikely case of Nutter vetoing the bill, the legislation has enough support in city council for an override.

Philadelphia already had a reputation as a gay-friendly city. Last fall, the Human Rights Campaign awarded the city with a perfect score in its Municipal Equality Index report. Philadelphia was one of 11 cities, including Seattle and St. Louis, to earn a perfect score.

With the passing of this new LGBT bill, how does Philadelphia compare to well-known gay-friendly cities such as San Francisco or Portland? Like Philadelphia, both Portland and San Francisco got perfect scores on the HRC’s index. However, if and when today’s bill becomes law, Philly will be the first municipality in the country to give tax incentives to businesses that offer LGBT employees the same benefits as their heterosexual counterparts.

Similarly, San Francisco and Portland both cover sex reassignment surgeries for government employees, but Philadelphia will be the first municipality to reward businesses that offer transgender-specific healthcare.