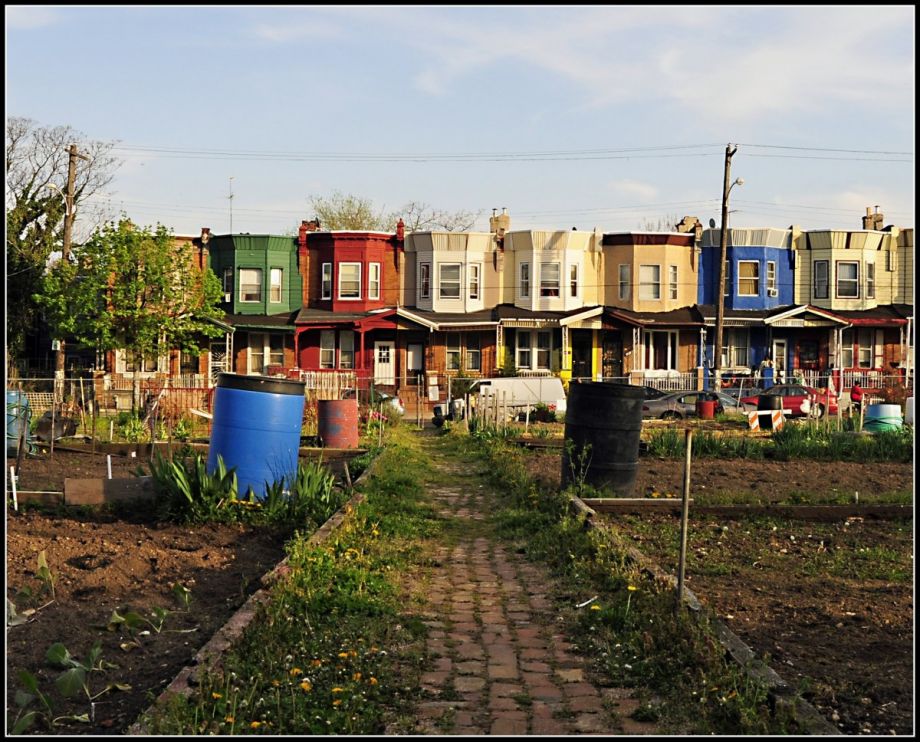 A few years ago, when Philadelphia changed how it billed properties for their stormwater runoff, community gardens were confused to start receiving monthly bills. According to Amy Laura Cahn of the Public Interest Law Center, the question on everyone’s mind was, “Why are we getting the stormwater fee if we’re basically managing the stormwater?”

Philadelphia, like many cities, is under an EPA consent decree to eliminate combined sewer overflows, a mandate the city has taken on largely by building out green stormwater infrastructure and encouraging private property owners to do the same. All residential properties are charged an additional stormwater management fee on their water bill, and non-residential properties pay a fee based on square footage of impervious surface.

Community gardens, by their nature, tend not to have much impervious square footage, but they pay the minimum lot charge anyway: currently $14.79 a month. In June, Mayor Jim Kenney signed a city council ordinance that would allow for a discount of up to 100 percent of the stormwater fee for properties operated by a community group for the primary purpose of growing plants, if stormwater is managed on at least 80 percent of the property. The discount is set to go into effect in January.

Now the Water Department and Philadelphia Water, Sewer and Storm Water Rate Board are holding hearings to determine exactly how much the discount should be. Cahn is representing some of the 231 community gardens that would be affected by the ruling. Their ask is simple: Exempt gardens from the fee altogether.

About 70 of those lots are owned by just two North Philadelphia community groups — the Norris Square Neighborhood Project and the Village of Arts and Humanities. Both organizations took over parcels that had been abandoned in the ’80s, turning them into gardens and parks and sculpture gardens. A fee of $14.97 a month might not seem like a lot for an individual property, but “it adds up,” says Cahn. “These were spaces that were abandoned and otherwise would be abandoned and a burden on the city, but the community has come together to take them over and turn them into a community resource. And to put an additional burden on top of that doesn’t make any sense.”

Besides the actual annual cost, “it adds up in terms of administrative costs,” she says, a problem that a partial discount wouldn’t solve. Another group that preserves community gardens, Neighborhood Gardens Trust, holds title or leases for about 80 parcels. Executive Director Jenny Greenberg estimates that their stormwater fees amount to about $15,000 a year. “That’s prohibitive for a small nonprofit organization that is basically supporting volunteer community gardeners,” she says.

If the rate board were to pass an 80 percent discount, for instance, the nonprofit would still be stuck with the administrative burden of paying bills for very small amounts. In fact, the Water Department has estimated that a 100 percent stormwater rate discount for all of the affected gardens would only result in lost revenue of $46,490 in FY2017 and $48,374 in FY2018. On its website, the department acknowledges this loss would be small enough that the rate board would not need to ask other customers to pay more to make up for it.

“So far we haven’t heard an argument against granting the gardens a discount,” Sarah Stevenson, director of government affairs and policy at the Philadelphia Water Department writes in an email.

City-owned parcels already don’t pay the fee, and organizations like charities and the city’s public housing authority receive a discount. The water rate board has already held one public hearing on the discount amount, and plans to hold three more.

At a hearing on Oct. 25, representatives of many of the city’s community gardens spoke of the burdens associated with the fees. One speaker said that at Bouvier Community Garden in the Point Breeze neighborhood, stormwater fees account for about 35 percent of member dues. Misako Scott, speaking on behalf of nonprofit Urban Tree Connection, also argued for the forgiveness of past bills. She said the group has missed payments on its stormwater fees when bills have been sent to vacant parcels where there are no mail slots; by the time the nonprofit gets the bill, they’ve “accrued fees that are quite prohibitive.”

Scott also spoke of the multifaceted benefits community gardens provide. Many of Urban Tree Connection’s 10 garden sites also capture rainwater in order to reduce their water bills. “Our gardens don’t just represent 86,000 of square feet of thirsty vegetation of water-permeable land but many gallons of captured rain which will never reach a stormwater treatment facility,” she said. Neighborhood Gardens Trust has also been working with the water department to find commonalities between the city’s stormwater needs and community gardens.

Public hearings are taking place Nov. 14, 16 and 18. The water rate board is expected to come to a decision by the end of the year, with the discount going into effect in January.