In a Philadelphia Eminent Domain Battle, the Media Cast the Wrong Hero – Next City

In a Philadelphia Eminent Domain Battle, the Media Cast the Wrong Hero 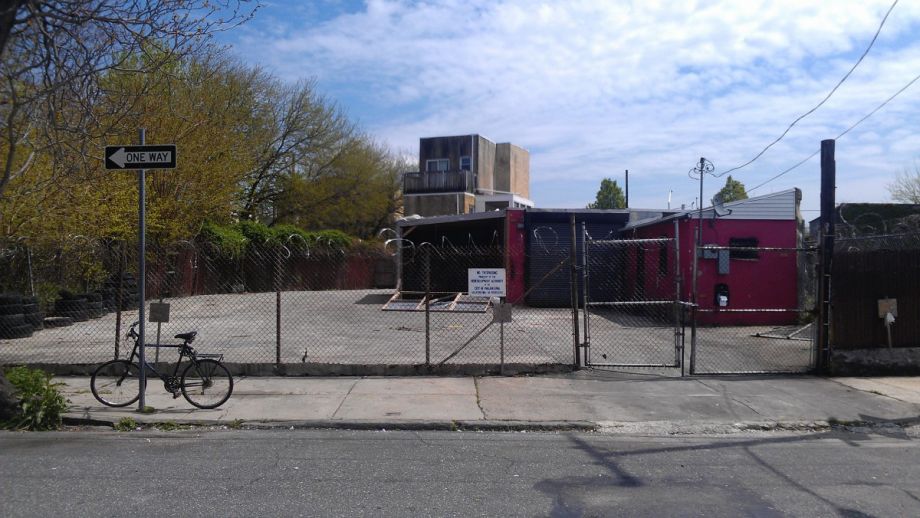 Late last month, Philadelphia public radio program NewsWorks ran a story that fits squarely into what you could call the “Little Guy Takes on City Hall” genre. It’s a fairly boilerplate narrative: Find a small-business owner and tell of his struggles to hang on to what he owns in the face of a powerful and overly bureaucratic local government.

In this case, the Little Guy is cast as Meletios Anthanasiadis, a Greek immigrant and pizza shop owner in the South Kensington neighborhood. (It also goes by “Olde Kensington” and NewsWorks refers to it as plain old “Kensington,” although most Philadelphians use this name to describe a different area that starts a few blocks to the northeast.) Anthanasiadis owns a number of South Kensington properties in addition to his pizza shop. Yet using the power of eminent domain, the city took some of these away from him so that a local community development corporation could build 45 units of affordable housing on the land.

According to NewsWorks, the city seized seven properties belonging to Anthanasiadis and paid him, in his view, too little in return. None of the parcels include his pizza shop. A December 2012 Philadelphia City Paper story described the properties as “garages that [Anthanasiadis] says are currently rented to tenants, who use the garages and adjacent parking lots for businesses including an auto body shop and a small antique car restoration business.”

It’s easy to see why more than a few local media outlets have put a David-and-Goliath spin on this story. After all, government taking a private citizen’s land so that a quasi-public entity can build what it wants sets a potentially dubious precedent. But a number of variables call this narrative — and the way media everywhere covers most eminent domain battles — into question.

Because really, in this case, we have a speculative property owner who for more than a decade had been sitting on crumbling garages and empty lots in a gentrifying area. (For a comprehensive rundown of new development and ensuing conflicts in South Kensington, check out Hidden City’s tremendous coverage of the issue.) I traveled to one of his holdings, 1529 N. Cadwallader Street, mentioned in the City Paper story. This is what I found, along with an adjacent “parking lot”:

For good measure, I also took a spin around the block and filmed a (shaky) video of the proposed development site. Remember that the occupied residences you see will remain in the hands of their owners and tenants. Only the vacant lots and garages are in the development footprint.

Anthanasiadis hadn’t done much, broadly speaking, to improve the land he had apparently collected over the last dozen years. Instead, media accounts make it clear that he’d been holding onto the parcels until he could build lucrative rental housing on them.

NewsWorks says he had “plans to build single-family homes on those lots,” which doesn’t make much sense given how South Kensington is a dense rowhouse neighborhood. It isn’t until the following point in the story, however, that his intentions take on a decidedly less “Little Guy” sort of tone. Here’s NewsWorks, paraphrasing Anthanasiadis:

He says take a look at the neighborhood and it’s easy to spot the new housing that’s popping up everywhere. This is a hot part of town, he says, and he was poised to make some real money.

Take a moment to reread that. Anthanasiadis gathered a large handful of properties in a well-positioned (but still largely low-income) neighborhood, only to prolong their development until gentrification crept up from Northern Liberties and he could turn a big profit on rising land values. These higher land values would have, presumably, passed on to his future tenants in the form of comparatively high rents. In the meantime, South Kensington was stuck with his barbed wire-enclosed garages and parking lots.

Before that could happen, though, the Philadelphia Arab-American Community Development Corporation took notice of the properties and, aware of the gentrification creeping its way north across Girard Avenue, thought them fit for affordable housing. Maria Quinones-Sanchez, the city council member who represents the area, introduced legislation in June 2012 that would allow officials to seize the land. Her colleagues agreed, and the Zoning Board of Adjustment approved the affordable housing project — the Tajdeed Residences, after the Arab word for “renewal” — this past March.

Naturally, Anthanasiadis and other property owners who saw their land seized would complain. According to the Philadelphia Office of Property Assessment, his pizza shop address is valued at $158,400 (it was once just at $32,400), and he theoretically could have seen something like this happen in seven other locations had the city not stepped in. But if we want to find out whether the city truly overstepped its authority in employing eminent domain, we have to consider whether the land grab, and the CDC’s intentions for that land, constitute a public good.

Contrast this instance with two other recent, high-profile cases of cities using eminent domain to clear the way for housing development. First up: Brooklyn’s $4.9 billion Atlantic Yards megaproject, home to the Barclays Center as well as 6,400-plus residential units, most of them luxury apartments. Developer Forest City Ratner made all kinds of affordable housing and job creation promises to neighborhood groups, yet as Dan Rosenblum reported for Next City in February 2013, many of those promises were not fully seen through. (It looks like the project will result in some 2,550 units designated as “affordable.” Bear in mind, though, that given how New York’s area median income means that the benchmark used to calculate affordability is $83,000, it’s anyone’s guess what the ultimate price-per-unit breakdown will look like.)

Still, this did not stop New York City from relying on eminent domain to gather the Atlantic Yards property as needed in a much-debated 2009 court decision. By the following April, 15 Brooklynites and three businesses had not yet reached agreements with the developer and faced evictions.

Closer to home for Anthanasiadis, the Philadelphia Redevelopment Authority used eminent domain in 2012 to make way for a supermarket parking lot in the West Philly neighborhood of Mantua. One man whom the project would displace, artist James E. Dupree, earned quite a bit of national media attention while protesting the move this past winter. One could make a strong argument that low-income neighborhoods like Mantua need supermarkets, but the fact that a parking lot would replace Dupree’s studio makes his case egregious.

Contrast these examples to that of the Tajdeed Residences, a dense, relatively small complex consisting entirely of affordable housing units and costing an estimated $13.8 million. Conifer Reality, the for-profit firm partnering with the Arab-American CDC to build the project, even has a preliminary breakdown of what each rental unit will likely cost to tenants, according to the number of bedrooms therein (between $727 and $887 per month for a three-bedroom unit, which will account for most of the building, which is, in technical terms, crazy stupid cheap, even for North Philadelphia). It also lists the income requirements: A three-person household can’t make more than $42,780 a year.

With median rent in neighboring Northern Liberties hovering around $1,078 for a typical one-bedroom apartment, the South Kensington project represents a rare opportunity to ensure that low-income people will have a secure place amid an impending wave of development and rising property values. You don’t see this kind of affordable housing safeguard every day. It’s no wonder that Marwan Kreidie, executive director of the Arab-American CDC, told City Paper that Tajdeed could be the “last chance” to make sure the neighborhood remains socioeconomically diverse.

When searching for a Little Guy hero to become the face of an eminent domain saga, it would do local media well to remember who in the given neighborhood has power and who doesn’t. Landowners sitting on dilapidated garages until they turn into real estate goldmines, as it turns out, are powerful neighborhood figures. They also often act irresponsibly.

In my mind, seizing land from speculative owners to build affordable housing in a gentrifying area counts as a public good. Certainly it does more so than gigantic trophy projects or supermarket parking lots. And if that means the owners won’t reap as much money from incoming development as they thought, well, so be it.