Philly Neighborhood Focuses on Schools as Key to Diversity – Next City

Philly Neighborhood Focuses on Schools as Key to Diversity 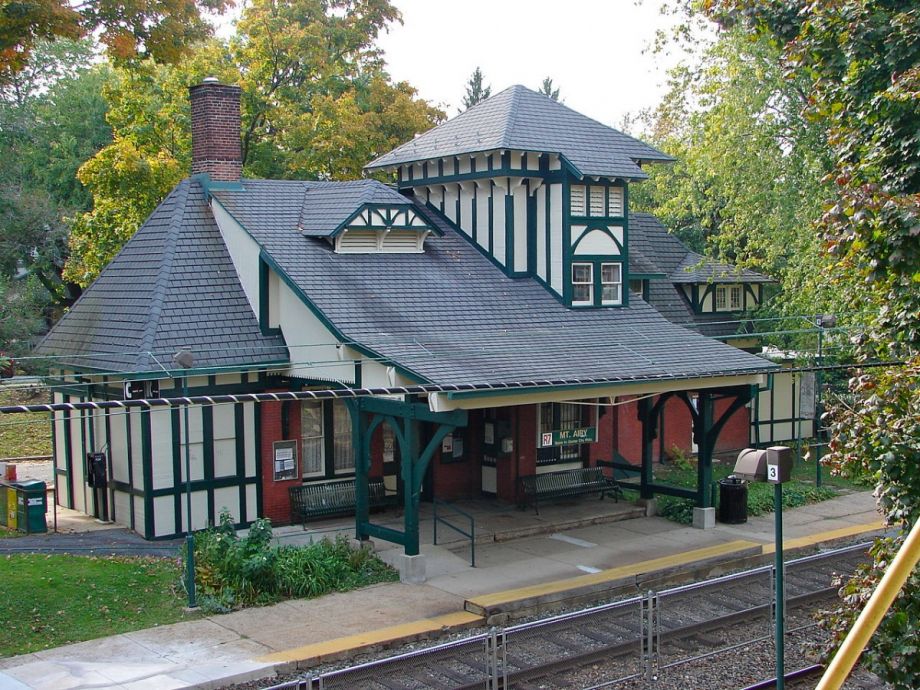 While residential segregation has fallen in the United States since 1970, thoroughly integrated neighborhoods remain a relatively rare phenomenon. More than half the black residents of eight of the 10 largest metropolitan areas would still have to relocate in order for their areas to be thoroughly integrated, and while far fewer blacks now live in neighborhoods where their share of the population is greater than their share of the metropolitan population — the metric used to define racial isolation — nearly one-third of all blacks, and more than half of all whites, live on blocks where 90 percent or more of their neighbors are of their own race.

This makes neighborhoods like Philadelphia’s Mt. Airy unusual still. The neighborhood, in the city’s northwest quarter, gained national fame in the 1950s and 1960s when local real estate agents chose to draw a line in the sand and resist the trend of blockbusting and panic selling that had spread across the city’s northern and western precincts.

Though the neighborhood is not itself perfectly integrated — African-Americans account for 62.5 percent of Mt. Airy’s population in the 2010 Census, a figure higher than their roughly 43 percent share of Philadelphia’s total population, while whites make up 31.7 percent of the total — it continues to be regarded as a model for racial integration. (When CNN Money named the community “America’s Best Big-City Neighborhood” last year, it cited “a racially and religiously diverse community [in] a neighborhood packed with historic homes and lovely streets.”)

And numbers aside, residents continue to choose Mt. Airy as a place to live because of its reputation for diversity and tolerance. One of those residents is Anuj Gupta, the executive director of Mt. Airy USA, the neighborhood’s community development corporation. As the chief organization engaged in fighting blight and promoting economic and residential development in Mt. Airy, Mt. Airy USA includes maintaining racial and economic diversity in its mission.

But just as it took conscious action to keep Mt. Airy from going the way of other big-city neighborhoods that went from all white to all black in the 1960s, it still takes conscious action to maintain the neighborhood’s racial and economic diversity today. The CDC engages in efforts ranging from community-building to showing off local public schools to real estate agents.

Another component of the strategy is ensuring a diverse housing stock. Even though Mt. Airy’s median household income in 2010 was $56,815, making it one of the city’s most affluent neighborhoods, its income distribution spans the spectrum, with both the very poor and the very well off represented in its population, and Gupta’s organization plays a major role in producing affordable housing for the community.

“This is an area community development corporations haven’t traditionally entered,” Gupta says, “and this is where we’re breaking new ground.”

Gupta has examples of successes in both areas in the coalition’s relatively brief existence to date. On the resource front, the coalition recently raised $50,000 to build a new computer lab for Emlen Elementary School. “It serves a largely low-income population, and the students were using computers that were 10 years old,” Gupta says, adding that the campaign drew support from residents all over Mt. Airy. “The victory was not just in raising the money but in raising it for a school from beyond those with a vested interest in just the one school.”

The coalition also sponsored a tour that took local real estate agents through the schools to showcase the good things going on in them. “For many people, the first point of contact for information about a neighborhood is their realtor, and we had agents saying that if a family wanted to consider living in Mt. Airy, they had to budget for private school,” he says. The tour showcased programs that included a successful STEM (science, technology, engineering and mathematics) program in one school and a school orchestra in another — “this despite the budget cuts,” he says. “So we showed that yes, there are challenges facing the schools, but there are still really good things going on.”

Gupta says that the schools are the key to keeping the whole neighborhood-integration effort on track. “Where we’ve lived over the couple of years since we moved to Mt. Airy, we still see that level of racial and economic diversity, but if you look at the schools, except for one or two, they’re not diverse. They don’t reflect the profile of the neighborhood, and I think folks are cognizant of that. We want more of our residents sending their kids to public school.”

One area where Gupta believes Mt. Airy can do better is in attracting immigrants. “Cities from New York to Boston to Washington have revitalized largely due to immigration, and Philadelphia is just getting into that flow,” he says. “We certainly want more of the young professionals and empty-nesters who have been populating Center City over the last several years, but they aren’t what are going to save Philadelphia’s neighborhoods. There simply aren’t enough of them to make up for the 700,000 people who left between 1950 and 2008.” Immigrants, he notes, have sparked revivals of commercial corridors in other parts of Philadelphia, and he would like to add them to the mix of residents and business owners that keeps Mt. Airy stable and desirable.

Gupta says that what Mt. Airy did, any neighborhood can do, but it will take time, effort and some soul-searching. “I think that you have to look at the reasons why a neighborhood isn’t integrated first, and then you can come up with solutions. If it’s a lack of housing options, there are ways to fix that. If it’s the state of the schools, that’s a longer-term proposition, but we know what some of the solutions are there. Maybe it’s the mindset of the people living there, and they don’t see the benefits of diversity and racial inclusion, and if that’s the case, that’s definitely a long-term proposition. But people can change over time.”