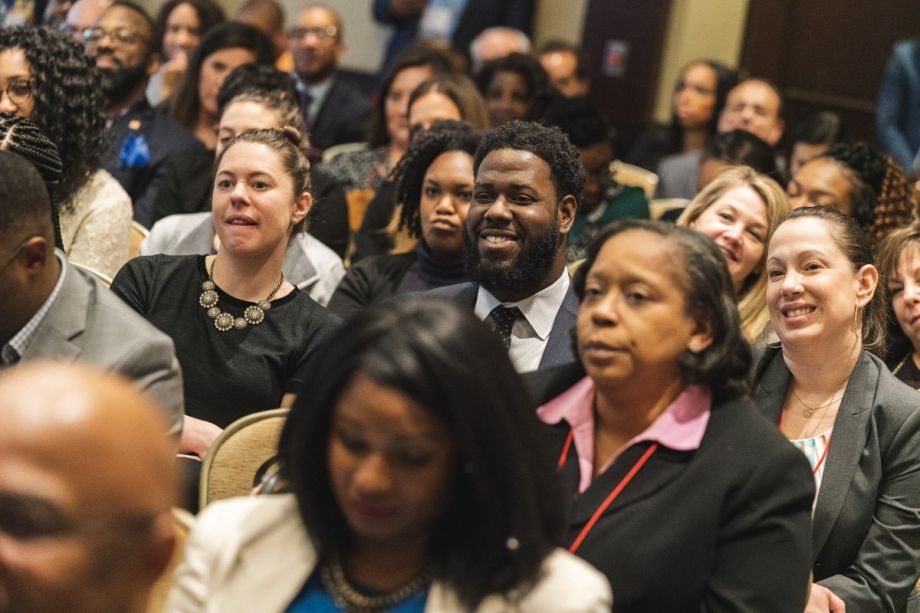 Out of an abundance of caution, the 2020 Philadelphia Diversity and Inclusion Conference has been postponed until October 5-6, 2020. Visit www.diphilly.com for ongoing updates and new registration information.

As more industries grapple with the importance of diversity, equity, and inclusion, conferences that examine these issues in-depth across sectors are becoming increasingly prominent.

The Philadelphia Diversity & Inclusion Conference, which will be held October 5-6, is an example of how key stakeholders across the region’s numerous sectors have taken a 360-degree approach to tackling diversity, equity, and inclusion. The conference, which features a CEO roundtable headlined by national and business leaders, and an academic think tank chai by Temple University President Richard Englert, is attempting to bridge the often invisible divide across sectors in addressing diversity, equity, and inclusion.

The conference, sponsored by the PHL Diversity and Philadelphia Convention & Visitors Bureau Foundation, Temple University School of Sport, Tourism and Hospitality Management and Lodging Media, is in its fourth year and has grown in scope each year. Initially targeting hospitality and tourism professionals, it is now drawing nonprofit leaders, diversity influencers, and prominent academics to address ways in which diversity, equity, and inclusion can be institutionalized.

The conference is also positioning Philadelphia as a heavyweight in national discussions on the importance of diversity, equity, and inclusion. This year, a Mayoral Roundtable featuring Philadelphia Mayor Jim Kenney and Quebec City Mayor Regis Labeaume will tackle the ways in which cities can take the lead on workforce diversity and quality of life issues for diverse communities.

Moreover, the conference will highlight the grassroots work in diversity, equity, and inclusion, awarding its second annual Diversity & Inclusion Award to the NAACP, whose CEO and President, Derrick Johnson, will be on hand to accept the honors and speak. Cid Wilson, President and CEO of the Hispanic Association on Corporate Responsibility, and former U.S. Rep. Tony Coehlo (D-CA), one of the authors of the Americans with Disabilities Act, are also among the headliners.

Robyn Pollack, managing director of AchieveNext and a longtime diversity and inclusion expert whose clients have included Fortune 500 companies, says the city is unique for its emphasis on workforce diversity and diversity in entrepreneurship.

“Philadelphia is really becoming a hub for innovation, development and entrepreneurship. It is the perfect place for diversity of thought, ideas, and experiences to take hold and grow,” said Pollack, who is on the conference planning committee and a conference speaker.

Pollack said companies are more responsive when they see a city committed to institutionalizing diversity, equity, and inclusion.

“The enterprises in this city understand that, in order to maximize their performance and success, it is essential that they have a commitment to creating - and measuring - the impact of diversity, equity and inclusion,” she said. “It is that commitment that will propel Philadelphia forward into this next decade as a city at the forefront of positive change.”

Florida-based diversity expert Hernan Tagliani, who specializes in communications to Hispanic/Latinx markets, added that the conference gives stakeholders something tangible that they can draw from in developing their own action plans.

“You have to reflect the community you serve,” Tagliani said. “This is why the conference is so important in getting people to talk about solutions.”

Entrepreneur and philanthropist Nina Vaca, founder and CEO of Pinnacle Group, will be appearing at the conference for the second year in a row, this time as the emcee. She said the conference’s importance goes beyond Philadelphia because of its impact on other communities.

“I think this conference serves as an example for other cities searching for ways to support diversity, equity, and inclusion in their own communities,” she said.

Murali Balaji is a former journalist and academic who works as a diversity consultant in the Philadelphia area.