New Philly High-Rise Links Past and Future of Chinese Immigration 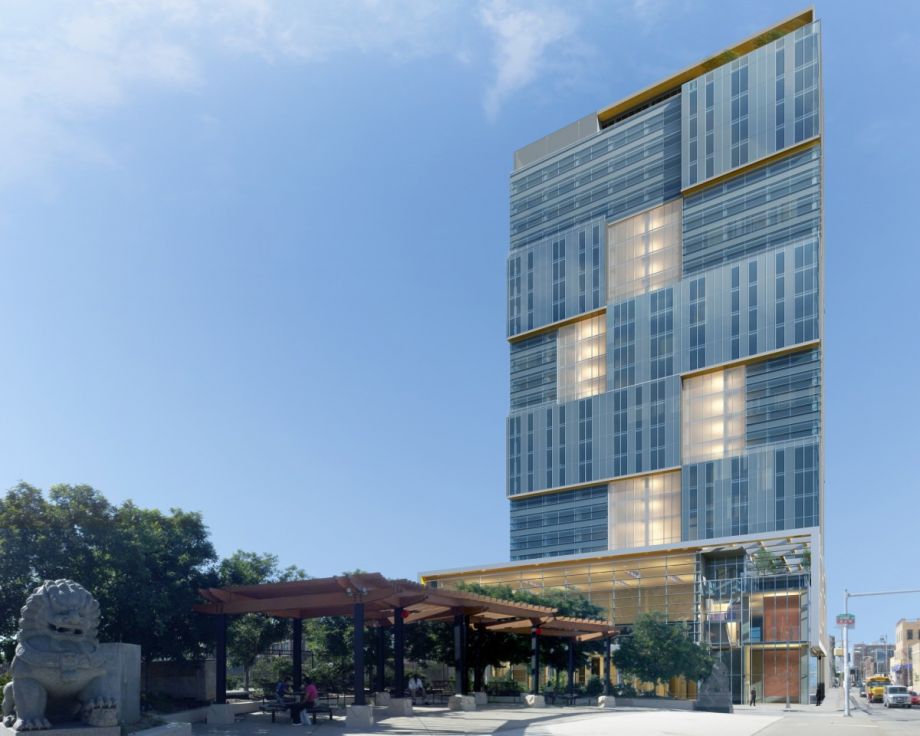 Last week, the Philadelphia Chinatown Development Corporation (PCDC) announced plans for the city’s first EB-5 project. One of PCDC’s most ambitious mixed-use development projects so far, the Eastern Tower is set for completion in 2015. The 20-story tower will include apartments, ground-floor retail, a green roof community space, bilingual social and health services, and youth and senior recreation facilities. The federal EB-5 Immigrant Investment Program helps foreign nationals secure a green card if they invest at least $500,000 in an American business that creates at least 10 jobs. (Here’s a good Next City overview of the foreign investment that’s occurred in cities through the EB-5 program.)

Eastern Tower is projected to cost $75 million, which Andrew Toy, managing director of the project, says is within the typical range for new construction projects in Philadelphia. Additionally, income-generating portions will help to subsidize a large amount of the community space in the high-rise.

“The main core of the center, the recreation and basketball facilities, the classroom space, really needs to have the land and the buildings pay for a portion of the public space in order for it to be built.” There will be an affordable housing component with some of the apartments to be subsidized by PCDC.

Global City Regional Center (GCRC) is coordinating the $33 million of EB-5 funding that the CDC hopes to raise. GCRC’s aim is to facilitate EB-5 investment in Philadelphia and Southern New Jersey. PCDC helped to get the GCRC off the ground, and Eastern Tower will be its inaugural project. “They’re in the process of identifying investors and having them vetted,” says Toy. Sixty-six investors are being targeted for the project, which the PCDC says will create about 660 jobs.

Toy mentions that the EB-5 program provides a “natural connection” between Philadelphia’s Chinatown and mainland China. “We’re open to any investor from any country that is qualified. However, we know that over 80 percent of [EB-5 investors] come from China, nationally. That’s our main target, because that’s where the industry has grown up.” He adds: “We do think we have an advantage, in that people want to be connected to a place that they understand. [Investors] might come visit. They might want to live here. Our goal is to get them here and to also have them look at other potential investments in Philadelphia to help grow our city.”

Philadelphia’s Chinatown has been the center of the city’s Chinese and Chinese-American community since the mid-19th century. In the 1960s a swath of the neighborhood was razed for the construction of an expressway and convention center. PCDC was founded out of the organizing that was done to contest any further urban renewal in the neighborhood, and to help guide development projects in the community. Eastern Tower seeks to trestle the main hub of Chinatown with Chinatown North, which is above where the Vine Street Expressway bifurcated the community.

Numerous other city-sponsored development projects have continued to hem in Chinatown. “The Chinatown community was told by many public officials, ‘Well, you have all this area to the north. You need to expand,’” says Toy. “The community has been trying, but it’s been trying to get over that hurdle of the expressway and it’s taken a long time.”

The original plan for Eastern Tower was going to be much smaller, but PCDC decided to scale up the project in order to attract more attention to Chinatown North. “What we gained in terms of critical mass by going much larger in scale, is really important to understand,” says Toy. “By having it at the northwest corner of 10th and Vine, you have a very vibrant facility that will create that walkability and safety and activity that will attract people to come across and realize the connection to the main part of Chinatown. There’s really no time in which it won’t have some sort of activity going on.”

I asked Toy what he’d say to anyone critical of such a large-scale community development project benefiting only one segment of Philadelphia’s ethnic communities. Toy’s response: “We are not discriminating. Anyone will be able to live there. However, if you are a believer that Philadelphia is a city of neighborhoods and that the engagement of people in neighborhoods is important, then supporting a project that supports the neighborhood makes sense.

“If you don’t preserve or try to build upon [a neighborhood’s] strengths, you could lose valuable resources and a valuable community in our city. I think places like Chinatown and the 5th Street Corridor in the Latino neighborhood really add to Philadelphia.”