6 Signs That Philadelphia Will Get Bike-Share Right – Next City

6 Signs That Philadelphia Will Get Bike-Share Right 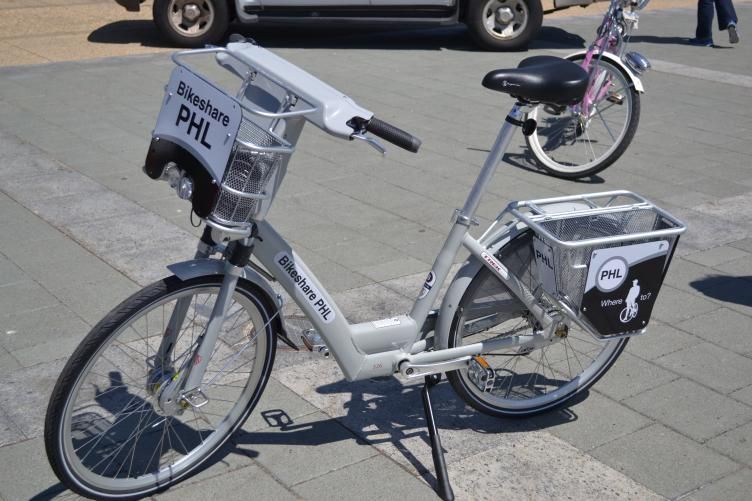 The first time Philadelphia thought about bringing in a bike-share program, the recession hit. Since then, cities from Boston to Chicago have launched such programs, and finally, Philly is ready. The city plans to launch bike-share in the spring of 2015 with 60 stations and 600 bikes. Mayor Michael Nutter has chosen to look on the bright side of being part of the what he calls the second or third wave of urban bike-share. “We get,” says the mayor, “the benefit of learning from others’ mistakes.” Or as Nutter’s chief of staff for transportation and utilities, Andrew Stober, put it to me, Philadelphia is betting on enjoying a “late-mover advantage.”

1. Learn From Everyone Else’s Mistakes

Some of what Philly has learned from watching the successes and tribulations of its urban counterparts (this week’s Next City Forefront, “The Business of Bike-Share” proves there’s plenty to learn) has simply been about best practices: the right calculations for rebalancing bikes across the system, for example. Some of it, though, has to do with a reaction against other cities’ models, deciding to make different choices to create a bike-share that’s not only widely used, sustainable and largely glitch-free, but, critically, fitted to Philadelphia.

Alison Cohen is president of Bicycle Transit Systems, a newly minted firm made up of veterans from Alta, the Portland-based bike-share operator that runs programs in some of the U.S.‘s biggest cities. Cohen and a colleague left Alta about a year ago, and three more co-founders joined them at the Philadelphia-headquartered BTS last fall. As a business venture, BTS is untested. But the city decided to award the contract, judging BTS, per Stober, to be “basically the most experienced set of players in what is, to be fair, a very young industry. These are real experts in operating bike-share systems who have learned, sometimes the hard way, about how it can be successful and what the challenges are.”

One key challenge, says Cohen, is avoiding operational bottlenecks. “We’re trying to have each system be its own autonomous local operation,” she says, “as opposed to where you create a sort of large national administrative body that has non-powerful local systems and every decision has to go through a central group.”

The same goes for customer service, the people you ring up, when, say, your returned bike won’t register in its dock. In Philly, bike-share operators will be located in the city, says Cohen. Going the route of bunching multiple systems’ operators in one place might save a few dollars, but Bicycle Transit Systems has judged that it costs more in the trouble it can cause customers, as well as fellow employees, such as an operations team sent out to deal with a troublesome bike by a dispatcher who doesn’t know Philadelphia’s South Street from New York City’s South Street Seaport. Says Cohen, “Every single operator that’s done that — Denver did it, Minneapolis did it — says that it’s the best decision they ever made.”

3. Make Bike-Share Accessible to All Right From the Start

Some of Philadelphia’s bike-share plans are being driven by the city itself. Making the system accessible is a top priority, says Stober, and “an important social equity lesson we’ve learned from other cities is that it’s important to launch in areas outside the business core in Day One.” The city’s social geography will do its part, say system operators. People of mixed incomes live in close proximity (“on top of each other,” says Cohen), and many live within the magic three-mile trip zone that bike-share supports most readily.

To open up the system to the unbanked, Philadelphia will be the first big city not to require credit cards for bike-share membership. Low theft rates on other city systems are one reassurance, says Stober, but the city is also applying for foundation funding to act as financial back-up should a bike indeed go missing on a non-credit-linked account. (Daily passes will still require a debit or credit card.) The offending members, Stober, adds, provide “personal collateral” in the form of lost membership in exchange for lost bikes.

The goal, he says, is that “neighborhoods that are often the last to get new amenities don’t feel like bike-share is yet another example of being forgotten by City Hall.”

4. Get the Tech Right

Credit-less accounts were just about impossible to do with the technology that Alta relied upon, says BTS’s Cohen. And indeed, the limitations of flawed software and hardware are on the minds of Philly’s operators. “What we’ve learned from a bunch of systems,” says Stober, “is that bike share succeeds or fails on the back of its IT system.” New York City’s system, where Cohen was chief until spring of 2013, has been notoriously plagued by bad tech. Going with B-Cycle, which has gotten high marks on that front, is, says Cohen, “indicative of not wanting to be part of a technology experiment.”


B-Cycle, too, adds Stober, brings the benefit of being affiliated with a bike manufacturer, and an attendant wide variety of bicycle styles. Philadelphia has selected one with, says Stober, a “slimmer profile” than seen in other cities, with both front and back baskets.

6. Make Sure You Can Pay Your Way

Different, too, will be Philadelphia’s approach to acquiring financial support for the system. One of the major takeaways from watching other city’s experiences is, says Stober, “that it is really important to cover your capital expenses” — that is, the initial costs of getting the system up and running — “with public or non-sponsorship funding to the greatest degree that you can,” in the hopes of both putting it on stable financial footing and leaving room for sponsorship opportunities. The lesson so far, says Cohen, is that “it’s going to be a rare exception where bike-share is self-supporting,” but that puts it in league with other forms of public transportation.

Bike-share is, she adds, attractive to sponsors in the way that, say, public buses aren’t, and that advantage can be used to counteract the truth that municipal agencies have shied away from treating bike-share as a public transportation option. Bike-share can get to the point of being thought of as part of city’s public transportation fabric, Cohen says she’s learned, “but it takes time and money.”

The City of Philadelphia is expecting to spend somewhere between $8 million and $12 million to get its bike-share program off the ground. They have about $3 million in city funds allocated to it, and have grant applications out for about $10 million in foundation support. Beyond that, they’re willing to entertain the possibility of selling naming rights to the system, in the same way Citi Bank branded Citi Bike in New York City.

“Do you,” says Stober, the transportation official, with a laugh, “have a few million dollars?”