Pests of the Ports – Next City

Pests of the Ports 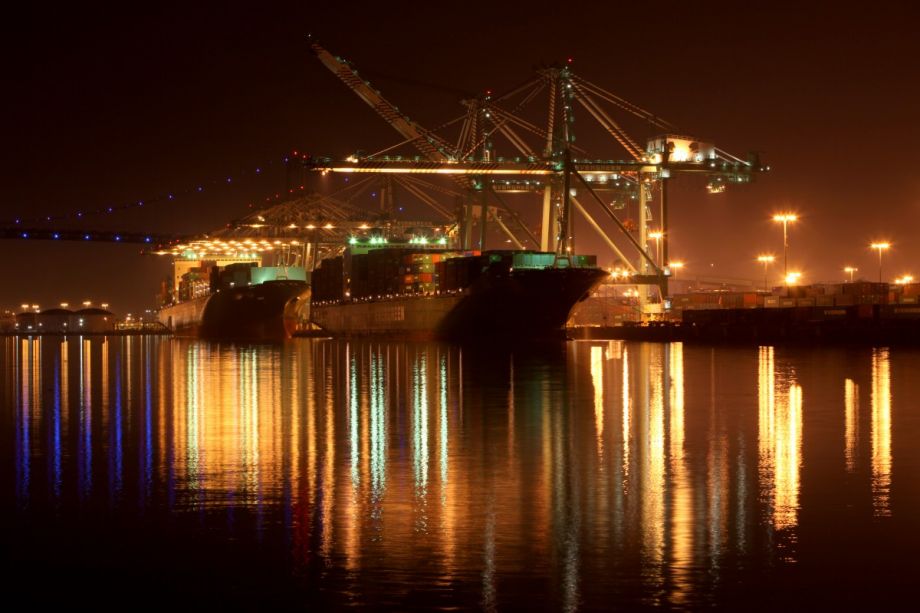 This week, we’re all about ports. In conjunction with Ryan Briggs’ Forefront story on an expansion project at the Port of Philadelphia, Emma Fried-Cassorla delivers a five-part series on various issues facing port cities around the country. Read the first four installments here, here, here and here.

Ports are gateways for people and goods. They also happen to be excellent entry places for unwanted species. The list below highlights a few of those species that have hitchhiked their way into cities and across nations via ships.

The ALB is in the process of killing large swaths of hardwood trees across Massachusetts, New York, New Jersey and Ohio. The beetle feasts on 19 different species of deciduous tree including the state trees for three of these states (the American Elm, Sugar Maple, and Buckeye, respectively).

As the name implies, the beetle comes from China, Japan and Korea and hitchhiked to the U.S. via shipping crates and pallets. They were first detected in Brooklyn in 1996. Infestations were then discovered in New Jersey in 2004, Massachusetts in 2008 and finally Ohio in 2011. Populations first became established in cities with ports or large Asian import trading centers.

The outbreak in Worcester County, Mass. is perhaps the most serious to date. The county has 110 square miles in quarantine and has had to removed 30,310 diseased or dying trees, practically decimating the urban canopy. In the city’s Burncoat and Greendale neighborhoods, 80 percent of trees are now gone. Perhaps most alarming is that Worcester sits on the border of the northern hardwood forest.

As of 2008, $373 million had been spent on ALB eradication programs. A 2001 study by the USDA estimated maximum potential losses of 35 percent of the total tree canopy cover, equaling 1.2 billion trees valued at $669 billion.

2. Dutch elm disease: The American elm has historically been used as a shade tree, lining the streets of numerous cities around the country. It was believed to be the perfect urban tree – easily planted and cared for with a shape that created a canopy over the streets. They were perfect, until the fatal Dutch elm disease and its host, the elm bark beetle, arrived on a shipment of logs from France in Cleveland, Ohio in 1931.

The disease quickly spread across the country. By the 1980s, the disease had wiped out approximately 77 million American elms and is now reported in all states except the desert Southwest. In New Haven, Conn., once known as Elm City, 90 percent of the trees were killed in the 1940s. In Iowa, 95 percent of its urban American elms are gone. Though no estimates exist for the total economic toll this disease has wrought, it is responsible for killing over half of the elm trees in the northern U.S.

One of the most common ways to introduce species into a new environment is literally to dump them in. A huge variety of aquatic organisms are being introduced at ports through ballast water discharge. Ballast water is pumped into the hull of a ship during loading to stabilize its movements. Once docked and unloaded, the water is expelled into the harbor, including everything that’s been living in it during the voyage.

The opportunity exists for tons of different species to take hold, and many have — but almost none to the extent and detriment of zebra mussels. They were first discovered in the U.S. in the late 1980s in Lake St. Clair, in the Great Lakes Basin, by ships traversing the St. Lawrence Seaway. Since that initial introduction, they have spread throughout U.S. waterways, colonizing all types of living and non-living surfaces in densities of up to a million mussels per square meter.

The most significant problem comes from the mussels invading water treatment and power plants via water intake pipes. A 2007 study suggested that since their introduction, zebra mussels have resulted in $267 million ($44,000 per facility annually) in economic costs for electric generation and water treatment facilities. Dallas’ North Texas Municipal Water District is proposing a $300 million Zebra Mussel Barrier Plan that will result in a 14 percent rate increase. A $400,000 eradication program at Millbrook Quarry in Virginia prevented mussels from invading Lake Manassas, the primary water supply for that region. Intervention saved the region an estimated $2 to $4 million to build chemical release infrastructure, in addition to between $500,000 and $850,000 per year for the chemicals and system maintenance.

Rats are everywhere. Invasive populations have been established in every major city across all inhabited continents. They have also managed to invade 90 percent of the world’s major islands and island chains, all with the help of ships. According to BBC News, a study assessed brown rats as the most invasive mammals in Europe based on their predation, hybridization, transmission of diseases and impact on agriculture. Their number-one status isn’t surprising considering what a resilient species rats are — they can crawl through holes the size of a quarter, tread water for three days and land unharmed after a five-story fall.

As a result of invasive rat populations, almost a third of all seabird species are considered threatened or endangered. Numerous other plant and small mammal populations have been wiped out following rat introductions.

Many older, larger American cities struggle with huge rat population problems. It is nearly impossible to measure the population size accurately, and estimates range by tens of millions. What can be measured accurately are the different types of diseases that rats carry. Scientists have found hantavirus, Bubonic plague, rat bite fever, typhus and other diseases, all with the potential to spread to humans.

5. Bubonic Plague: Perhaps the most famous case of port-based epidemics is the Black Plague, a pandemic that killed more than 20 million people in Europe in the 14th century. Though it was carried into the continent through a variety of routes, one recorded route was the arrival Genoese galley ships at Sicilian port of Messina in 1347. These ships, like others around the continent, carried fleas infected with the bacteria Yersinia pestis. These fleas lived on black rats (which as noted above, have traveled around the world on merchant ships), and spread to the human population, killing almost one-third of an entire continent.