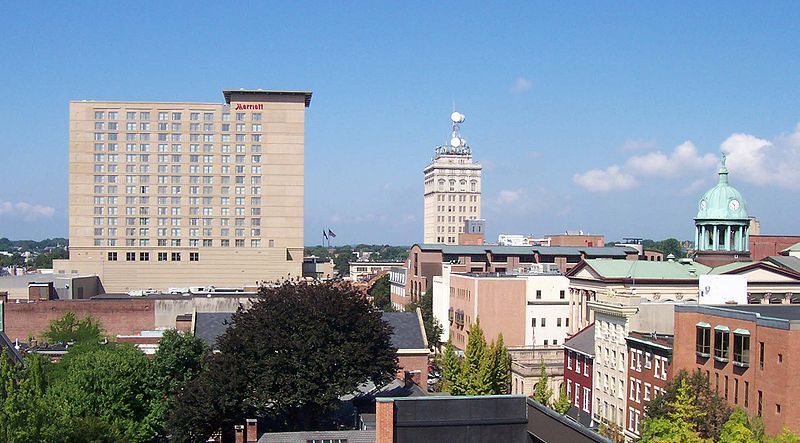 Preservationists across Pennsylvania are celebrating as the new state budget, signed into law on June 30 by Gov. Tom Corbett, created the Historic Preservation Incentive Act.

The new law makes Pennsylvania the thirtieth state to offer a 25 percent state tax credit on top of an existing 20 percent federal tax credit for restoration and preservation projects of registered, commercial historic buildings. It was championed by state Sen. Lloyd Smucker of Lancaster and state Rep. Robert Freeman of Northampton, both representatives of small cities with a wealth of historic buildings.

In order to qualify, projects must be commercial in nature. Private homes are excluded, however rental residences are not. To qualify as a historic structure, the building must meet the requirements outlined in the Federal Historic Preservation Tax Incentives program, meaning that the building must be listed in the National Register of Historic Places or be part of a historic district listed in the National Register. The “qualified rehabilitation plan” itself must also be approved by the Pennsylvania Historical and Museum Commission, as reviewed against the Secretary of the Interior’s Standards and Guidelines of Rehabilitation.

What does the law mean for Pennsylvania? Proponents believe that by granting even larger tax credits, Pennsylvanian cities and towns will be able to lure more investment into depressed areas. Some also argue for the fact that by encouraging reuse of buildings instead of new construction, Pennsylvania will be able to cite itself as a “greener” place.

The most interesting aspect is the possibility of regenerating many of Pennsylvania’s smaller historic cities, encouraging residents to move into the more walkable, traditional urban areas. By encouraging investment into historic main streets in cities like Scranton and Lancaster, the law could possibly help create a renaissance of urbanism in Pennsylvania.

While the law can help the state’s largest cities of Philadelphia and Pittsburgh, it does dictate that credits must be granted equitably in terms of geography: Philly and Pittsburgh cannot gobble up all the credits. It seems the law, crafted by representatives from smaller cities with more traditional main street, is aimed to revive the many smaller towns across the state, rather than just investing into its two large bu contained metropolitan areas. While both Philly and Pittsburgh still have many areas in desperate need of investment, on the whole they have received much more attention than smaller, struggling Pennsylvania cities, such as those in the Lehigh Valley.

So far, the law has been funded with an initial $3 million, with a cap of $500,000 per project. With the project live as of July 1 this year, it will only be a matter of time before projects start applying for the grant.