Beyond Hot Spots: One Man’s Hunt for Pedestrian Dangers 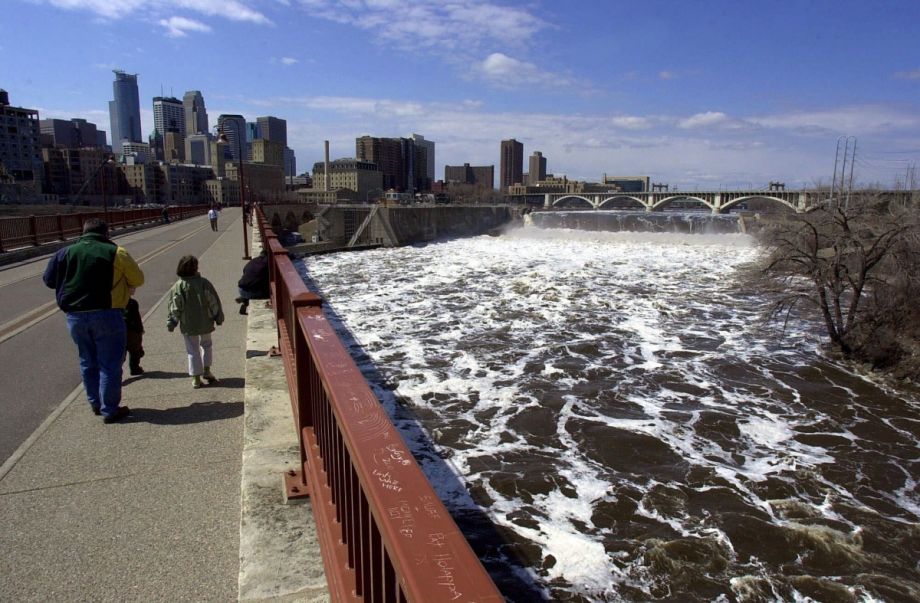 “Do you remember the song ‘Dead Man’s Curve’?” Howard Preston, a Minnesota-based engineer, asked me in a phone conversation not long ago. “I spent years looking for it — it doesn’t exist.”

Preston has worked in traffic safety for four decades. For most of that time, he said, experts were looking for dead man’s curves or what we might call “hot spots” — roads or intersections that were conspicuously dangerous, leading to a steady stream of accidents and tragedies. But, at least in Minnesota, these were elusive. As a result, Preston told me, “I’ve talked to people who were transferring more money out of their safety program than they were spending, because they couldn’t find any high-crash locations.”

Does this mean that traffic safety wasn’t an issue — that the funding for safety programs wasn’t needed? Not at all. It just meant that people like Preston, who works for the engineering company CH2M Hill, had to work a little harder to figure out where to target the resources. To do so, Preston says, “We developed a new science.” It operates on a simple insight: “Severe crashes are scattered around the system, but they’re not randomly scattered.”

Even if no single site cries out for interventions, the thinking goes, we can find patterns by looking at where the serious crashes have occurred. We can then determine which other locations share similar characteristics. This approach is part of a broader trend in pedestrian safety planning that seeks to be more proactive — to identify and mitigate risks before they lead to collisions.

For example, Preston conducted a review last year of the Minneapolis/St. Paul metropolitan area. He found that over a recent five-year period, all of the severe pedestrian and bike crashes had occurred at six percent (roughly 130) of the 2,215 intersections. But the vast majority of these sites had just one severe crash, and none had more than a few. There were no veritable “hot spots.”

The crash sites did, however, share some recurring characteristics: multi-lane and undivided roads, with high traffic volume (more than 17,500 vehicles per day), and other environmental characteristics, such as bus stops and “pedestrian generators” (for example, stores and restaurants). Preston and his team identified roughly 700 other intersections that shared at least four of these features, and recommended all of them for safety upgrades. “The reactive approach would not have identified enough locations for improvements,” Preston asserted. In effect, this strategy, dubbed the “systemic approach,” finds a middle ground between universal upgrades and focusing only on the places where crashes have already occurred.

According to a Federal Highway Administration representative, the core principles are not entirely new. But they have only recently been codified and disseminated; Preston authored extensive guidelines on how to implement them. In addition to Minnesota, New Jersey, North Dakota, and Missouri have now instituted programs using these tenets. (The approach can be even more useful on rural roads, where crashes tend to be less frequent but more severe.)

A new Smart Growth America report, “Dangerous by Design,” aggregates data on pedestrian fatalities and singles out culprits, such as wide lanes and long distances between intersections. David Goldberg, a coauthor of the report and spokesman for the Complete Streets Coalition, agrees that cities have often opted for “the band-aid approach, you look for where the sore erupts and you put a band-aid on it. But if there’s an underlying disease or skin condition that’s causing the sores, you sort of don’t get at that.” He advises, “Don’t just limit yourself to the crosswalk in the one place where you’ve recently had crashes,” though he acknowledges that safety programs are often compelled to triage for financial reasons.

In a similar vein, some experts have been working on models to predict pedestrian risks that come with new development. These models are a bit fancier — they involve equations with regression coefficients that are less accessible to a layperson. In 2008, the National Cooperative Highway Research Program developed a “Pedestrian Safety Prediction Methodology” based on data from cities including Toronto and Charlotte. San Francisco’s Department of Public Health is working on a model that is tailored to the city.

“There’s always been this question — you’ve got more development coming in here, so we’re just going to see more crashes. What are you going to do about that?” said Seleta Reynolds of the Municipal Transportation Agency. But, she continued, the impact on pedestrian safety depends on many different interacting elements. “It’s not as simple as, there will be more people walking and more people driving, so there will be more crashes.”

San Francisco’s DPH has gathered data on a multitude of factors — traffic volume, availability of parking, pedestrian activity, how many people live and work in an area, transit, the number of seniors and low-income people — all of which are correlated with pedestrian crashes. If a new large residential development is erected, or a change is introduced to the transit system, this tool will, in theory, help to project the implications for pedestrian safety.

These proactive methods diagnose problems, but can’t prescribe the most effective solutions. And it’s too early to know for sure how successful they will be. Preston’s recommendations have not yet been implemented; plans are underway to begin this summer. The San Francisco model won’t be completed until the fall.

And all this is not to say that a focus on hot spots has no place. If there are clear danger zones with persistent crashes, it’s probably a good idea to prioritize those. Anne Moudon, an urban design professor at the University of Washington who conducted a study of high-injury locations in the Seattle area, told me, “The first thing to do is reduce the collisions in hot spots. It’s a big problem, so don’t look for where else can the problem occur, look for resolving the problem where it is.”

But for places without these highly perilous locations, or for places on the verge of transformation, these tools seek to ameliorate risks before, not after, tragedy strikes, so that they never have the chance to become hot spots or dead man’s curves.