Pay Raises and Contributions to Benefits at Heart of BART Strike 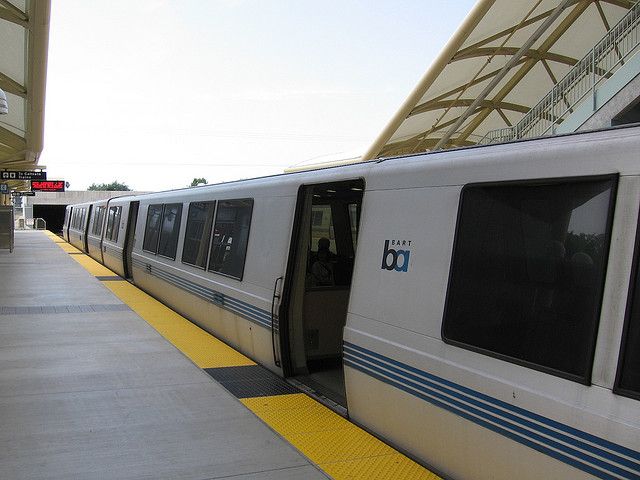 Workers for BART, the Bay Area’s rapid transit system, went on strike Monday morning, leaving an estimated 400,000 commuters in search of alternate ways to get around.

BART officials and the leaders of two unions — which together represent 2,400 train operators, mechanics and station agents — negotiated throughout the weekend, but were unable to produce a new contract by a Sunday deadline, triggering the strike.

“On the surface it looks like a raise, but it’s not really a raise. It certainly leaves us in the red — 3 to 4 percent lower than our wages now,” Antonette Bryant, president of Amalgamated Transit Union Local 1555, told reporters in response to the agency’s proposal.

BART is also asking employees to contribute to their own pension plans, at present funded entirely by the agency, and to pay more for health care coverage.

Current contract disagreements stem from previous negotiations in 2009. After the recession, union leaders agreed to a $100 million decrease in pay and benefits in order to help BART balance its budget. Now that the economy has improved, ridership has increased and BART is running on a surplus. As such, union leaders argue that employees deserve a raise. BART, meanwhile, contends that the money is needed for capital improvements to rolling stock and track, estimated to cost around $6 billion over the next decade.

Over the weekend there were fears that bus drivers in Alameda County, which lies across the bay from San Francisco, could go on strike as well, cutting off key bus service into San Francisco and potentially creating an even bigger transportation fiasco. However, this morning NBC news reported that the buses would continue running despite ongoing contract negotiations.

Back in Oakland, both sides indicated a readiness to continue discussions.

“We are sorry [the unions] have decided to strike despite the fact we are willing to negotiate,” said Rick Rice, a BART spokesperson, in a prepared statement. “The District is prepared to return to talks and get this finished.”

The Metropolitan Transportation Commission, the region’s transportation planning and funding authority, has encouraged commuters to carpool, work from home or use other transit options like buses or ferries.

Fraught discussions between BART and its employees unions are not unprecedented, with two previous contracts coming down to last-minute agreements and narrowly avoiding strikes. In 1997, BART workers went on strike for six days.