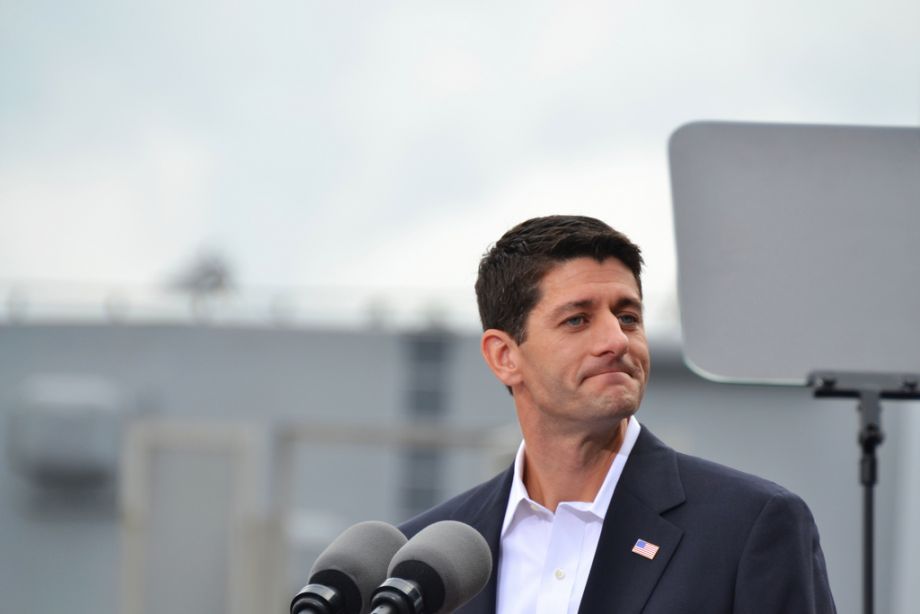 The decision is in: Wisconsin congressman and Tea Party darling Paul Ryan has joined Mitt Romney on the Republican presidential ticket, a Hail Mary from Romney’s campaign meant to breathe new life into a faltering public image and to harden the division between Democratic and Republican economic ideology.

Ryan has a reputation on Capitol Hill as a policy wonk. A trusty acolyte of Ayn Rand’s political dogma (apparently Atlas Shrugged is required reading for interns working in his office), Paul Ryan has doggedly pursued an economic agenda centered on massive rollbacks of government expenditures predicated on stewardship of free markets.

At the core of Ryan’s fiscal policy are vast tax cuts, rebates and abatements that total $5.3 trillion less than Obama’s proposed budget over the next 10 years, coupled with a decrease in tax revenue of about $2 trillion. In the aptly named Ryan plan, he puts forward a budget that would usher in massive cuts in unemployment insurance, food stamp programs, housing assistance and transportation infrastructure, among other things.

By picking Ryan as his running mate, Romney is getting the whole package: He is mobilizing the far right by choosing their golden boy, while hitching a ride on an economic plan when he couldn’t provide one on his own. Over the objections of advisors who would have preferred a more moderate candidate, Romney has finally articulated a clear, if severe, alternative to Obama’s fiscal agenda.

The Wall Street Journal describes the effect of the decision in an editorial about Romney’s uncharacteristically daring vice-presidential pick. “Against the advice of every Beltway bedwetter, he has put entitlement reform at the center of the public agenda — before it becomes a crisis that requires savage cuts.”

In a blog post for the New York Times, Thomas Edsall points to numbers from the Center on Budget and Policy Priorities, a left-leaning think tank, that at least 62 percent of budget cuts would come from entitlement programs for the poor, particularly to Medicaid. Ryan would axe $1.4 trillion from the program between 2013 and 2022, according to the Washington Post.

In a forthcoming Forefront article, Ben Adler explores how entitlement programs disproportionately serve poor urban communities. Romney — along with other Republican all-stars like Rick Santorum and Newt Gingrich — favors devolving regulation of entitlement programs to states and converting the programs into block grants, ending open-ended welfare budgets and creating a system in which agencies compete for a finite amount of money. Cities, which draw heavily on state welfare resources, would see large parts of their social assistance budgets evaporate.

And this creates an impossibly brittle welfare infrastructure. Adler writes:

If states only receive a set amount of money regardless of economic conditions, what happens during a recession when poverty rates go up? States would have to either reduce eligibility for the programs, or the size of benefits, or both. This would, of course, fall hardest on the poorest communities. Poor urban communities already suffering from rampant food insecurity and epidemics of illnesses such as diabetes and AIDS, would be decimated. It is also likely that the same Republicans who support turning federal anti-poverty programs over to the states would simply gut these programs.

One faulty assumption underlying much of the hawkish rhetoric is that the jobs cities are adding these days come with benefits like healthcare and retirement planning. In a Daily post last week, Jake Blumgart points out that in Philadelphia, “Only three sectors added jobs in the last year. ‘Retail Trade’ and ‘Transportation’ each generated 100 apiece, while ‘Leisure and Hospitality’ added 2,000, Pennsylvania Department of Labor and Industry stats show.” These generally aren’t industries with a glut of jobs offering enviable benefits.

It remains to be seen if Romney will take on the Ryan plan wholesale or if the campaign will make eleventh hour amendments to the proposal. As it stands, Ryan’s fiscal conservatism and commitment to some of the most radical economic policy to come out of a presidential campaign in decades has increased the stakes of this election, with cities and their low-income residents figuring more than ever into this year’s contest.