Paul Ryan Wanted to Campaign in Inner Cities, But Romney Advisers Wouldn’t Let Him – Next City 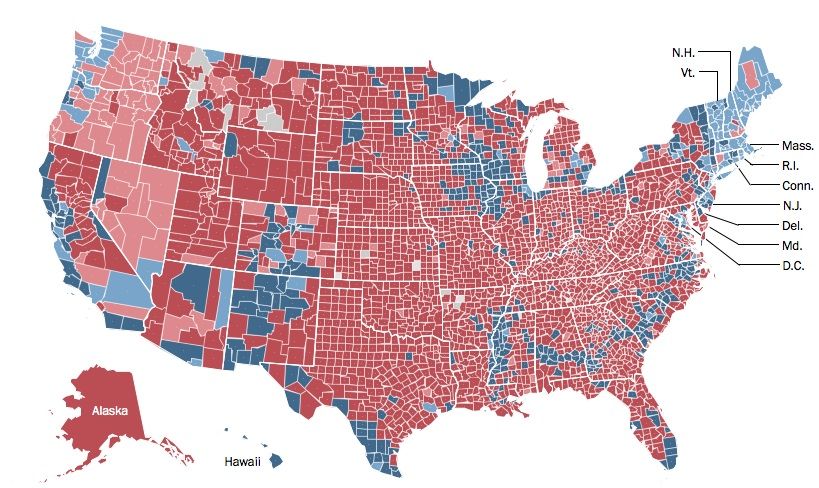 Buried deep down in this thorough Washington Post story on Tuesday’s election is a mighty interesting tidbit: At one point, erstwhile Republican vice presidential candidate Paul Ryan wanted to campaign in inner cities and talk about… poverty.*

This surprising revelation comes about midway through the article, in a relatively short subsection on the choosing of Paul Ryan as Mitt Romney’s running mate. As the Post tells it, Ryan sought connect with city dwellers, conventionally thought of as in the bag for Democrats, in order to lay out “the Republican vision for individual empowerment.” (I imagine the word “bootstraps” would have made a few appearances.)

Problem was, Romney advisers didn’t like the idea, and except for one speech in Cleveland didn’t let Ryan follow through on his proposed urban campaigning. Per the Post: “As one adviser put it, ‘The issues that we really test well on and win on are not the war on poverty.’”

Now, it’s unclear whether a sudden strategy to shift some focus onto cities would really have done anything to help the GOP this year. But with post-election commentators arguing that Republicans can no longer afford to ignore the urban vote (not to mention the nonwhite vote), Ryan’s idea — and the Romneny campaign’s subsequent shutting down thereof — does indicate a strong unwillingness to even pretend to engage with urbanites.

It’s true that neither presidential candidate once uttered the word “city” during this year’s series of debates. But campaign leaders straight-up disallowing a VP candidate from showing his face in a city to talk about conservative tactics for — gasp! — fighting poverty betrays an almost shockingly antiquated political outlook. Especially when so many swing states that went for President Obama did so thanks to, surprise, their more urban counties.

Just look at trends in the voting booths: As Sommer Mathis has already pointed out at The Atlantic Cities, Obama performed best in counties with the nation’s densest urban areas, even in swing states (like North Carolina) that went red this year. Hell, this holds true even in states that go red every year. Check out the Post’s interactive election results map: In Texas, for instance, the cities of Houston, Dallas, Austin and San Antonio all lie in counties that went for Obama over Romney. The combined population of these four cities? About 5.5 million and growing.

Furthermore, Grist’s Greg Hanscom shows that America’s long-overdue end to its honeymoon with the automobile has finally made its way to the polls — a not insignificant development for an issue hitherto cast as a niche concern for a few urban advocates.

* Special thanks to frequent NAC contributor Nancy Scola for alerting us to this info.