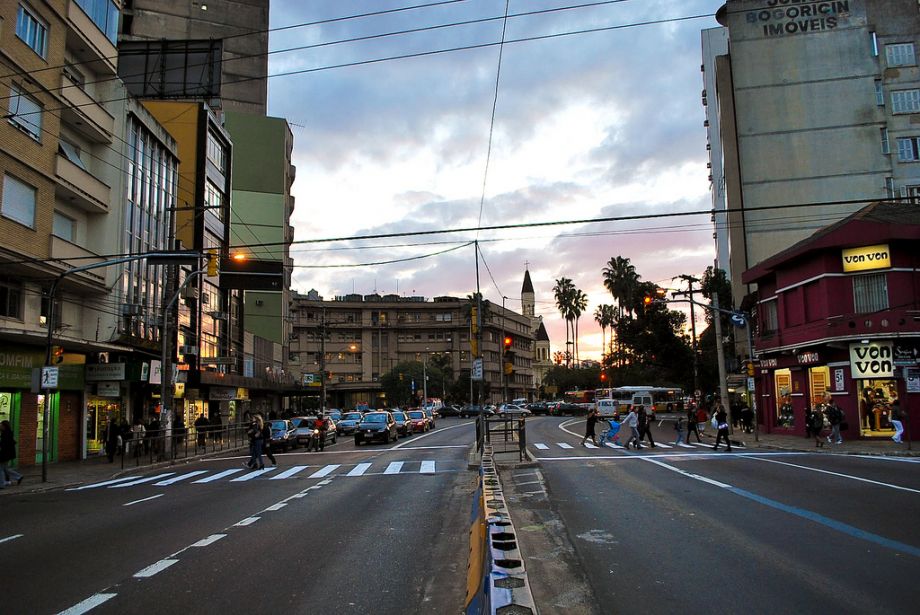 Participatory budgeting, whereby governments set aside a certain percentage of public funds to be distributed according to the will of the people, is all the rage these days. Chicago’s 49th ward set aside $1.3 million for an experiment in direct democracy in 2009, kicking off the trend in the U.S., which has since spread to 13 cities across North America and expanded to include underrepresented voices like youth. In the concept’s hometown of Porto Alegre, city leaders are once again reinventing the wheel as they incorporate resilience planning into the Brazilian city’s signature civic initiative.

The late 1980s were a heady time in Brazil, as the country transitioned from a military dictatorship to a federal republic. With a democratic ferment in the air, a local coalition from the Workers Party sought to correct social and economic inequality in the prosperous southern city by asking the people what, exactly, they needed from their government.

In the intervening years, the idea spread throughout Brazil, with over 350 municipal governments implementing participatory budgeting. Internationally, it caught on especially after 2001, when Porto Alegre hosted the first annual World Social Forum. The city continues to invest heavily through the innovative budgeting mechanism each year, oscillating from a low of R$22.7 ($10.3 USD) million to a high of R$140.9 ($63.9 USD) million in the decade 2001-2011, many times more than the $45 million USD earmarked in the first five years of participatory budgeting in all of North America.

While participatory budgeting discussions can cover a wide range of issues, from education to health care to trash pickup, now Porto Alegre is putting a special emphasis on both public education about and investment in urban resilience as a member of the Rockefeller Foundation’s 100 Resilient Cities project.

Why choose to address resiliency through the framework of participatory budgeting? As Patrick Fontes, nominee for Deputy Chief Resilience Officer, explains, “Resilience has to be built as much through the macro level as the micro level. But the city can’t be everywhere, and besides, local communities know better. Participatory budgeting works at a scale much closer to local needs than public officials do when thinking about the city as a whole.”

In practice, this means that the city government will work with the public assemblies of the 17 budgeting districts in the city to propose that funds allocated via participatory vote go toward resilience infrastructure. For example, Porto Alegre and the surrounding region suffer from frequent floods. Just this week, major rains deemed the worst in 30 years have displaced almost 8,000 people from their homes, caused damage in 62 municipalities to the northeast of the capital, and closed the main highway between Rio Grande do Sul state and its neighbor. For older residents, the deluge recalls the historic 1941 flood that destroyed factories in Porto Alegre’s 4th District, which still has yet to recover fully from the blow.

Municipal Secretary of Local Governance Cezar Busatto, whose office oversees the participatory budgeting process, says, “We used to be reactive, now we’re going to be proactive. We’re not going to wait for the next disaster to figure out what needs to be done.” To that end, his department’s technical experts will conduct a collaborative diagnostic with residents in high-risk zones – a total of about 1,000 families, he says – in order to determine whether they should be resettled or if infrastructure investments could protect their homes. If the latter, they will propose those investments in the next round of participatory budgeting assemblies, which kick off each year in February.

Families living in informal housing in such risky areas are not the most active when it comes to participatory budgeting – a World Bank report cited a lack of involvement by the very poor as one of the concept’s main drawbacks – so the hope is that they will become more active when their needs are on the table. On the flip side, it will also require a magnanimous gesture from the more affluent majority to support funding for a marginalized minority. “It’s going to demand that the participatory budgeting leaders in each community show a little bit of solidarity and not just look out for themselves,” Busatto says.

There is, then, the risk that democracy in action will vote down the proposals, leaving the city with two recourses. The city government can appeal by going back to the assembly with a full-court press, emphasizing the technical work that went into the proposal and spending some political capital to emphasize that the resiliency investments are a priority, or seek outside funding from private investors, foundations and the like.

But both Fontes and Busatto are hopeful that their parallel effort, the formation of Resiliency Networks within each participatory budgeting district composed of community leaders, will ingrain resiliency in the local consciousness. Josh Lerner, executive director of the Participatory Budgeting Project, which monitors and promotes the idea in North America, sees a natural progression in the way that Porto Alegre’s has grafted its urban resiliency plans onto the participatory budgeting framework.